Antonia “Toni” Perez is one in a million. She’s one of 1 million patients in the U.S. who have received an organ transplant, a milestone the nation celebrated last month. 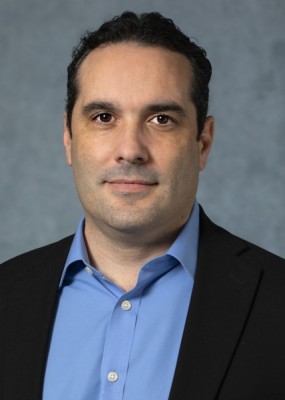 Transplant Program at Cedars-Sinai, the 12 race medals she has earned–one for each month since her double lung transplant.

In 2009, Perez had been diagnosed with hypersensitivity pneumonitis–an allergic reaction that causes inflammation in the lungs. Perez said she likely developed the condition after helping her mother clean bird droppings from a backyard deck. The condition made it hard for Perez to breathe. This was devastating news for Perez, who had run competitively on track teams in high school and at East Los Angeles College.

A steady dose of steroids healed much of the damage to her lungs, and for years, Perez was symptom-free. But in 2013, Perez’s symptoms returned. She was diagnosed with chronic hypersensitivity pneumonitis–this time, her lungs had become permanently scarred. Eventually, she would rely on an oxygen tank and walker to get around.

Her health and abilities declining, Perez decided to research her options.

“I started doing my own research and realized I could get a lung transplant,” Perez said. “I started asking about it, and the doctor was saying, ‘OK, but you're going to have to lose weight because you have to get down to 35 BMI,’” or body mass index.

Perez’s care team encouraged her to step up her exercise so she could get healthy enough for a transplant. She started walking 2-3 miles after work each day.

Roadblocks got in her way. A bout of rheumatoid arthritis made it difficult to even move, but Perez persisted, until, in August 2021, while walking on the treadmill, she felt a sudden sharp pain.

“It felt like a needle that just kept going into my lungs, and I was like, ‘Whoa, what’s going on?’” she said.

Perez had suffered a collapsed lung. Her friends rushed her to the emergency department. After a week in a local intensive care unit, Perez was sent to Cedars-Sinai to await a lung transplant.

Lung transplantation at Cedars-Sinai—a collaboration between the Smidt Heart Institute and the Comprehensive Transplant Center—is on the leading edge of transplant medicine. A recent report confirmed that Cedars-Sinai lung transplant patient outcomes were above the national average.

Pedro Catarino, MD, cardiothoracic surgeon and director of Aortic Surgery in the Smidt Heart Institute, says the program has grown significantly. In fact, when it comes to case volume, patient complexity and advanced procedures, Cedars-Sinai has one of the leading lung transplant programs in the U.S.

“We offer world-class treatment options, innovative surgical procedures and major research advances—all with the goal of ensuring patients are back on their feet, living life to the fullest,” said Catarino. “Our medical teams bring their best each day, but it takes a certain amount of grit and dedication for patients to succeed in the ways that Toni has. Really remarkable.”

After an 11-hour surgery, Perez awoke with a new pair of lungs and a renewed determination. 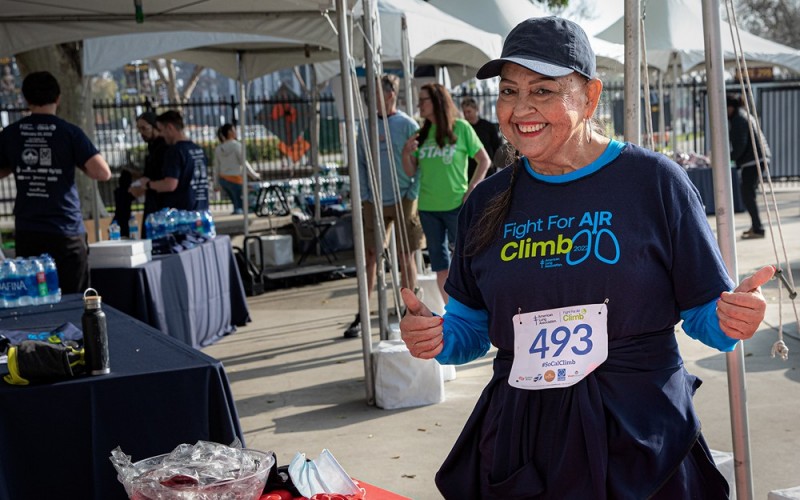 “It was great,” she said. “I just felt my body working again. I don’t even know how to explain it. I took a good, long, deep breath in. I was excited and a little nervous because for a long time, I couldn’t breathe.”

Along with three-times-a-week pulmonary rehabilitation at Cedars-Sinai, Perez began building her strength in physical therapy at home with regular workouts on the treadmill. After building up to doing 2 or 3 miles at a time, Perez’s confidence soared.

Perez started by signing up for the Dia de los Muertos 5K in downtown Los Angeles in October–just 11 weeks after her transplant surgery. While it wasn’t easy, she completed the 3.1-mile race without stopping.

After that, Perez was unstoppable–completing 5K, 10K and other races throughout the region.

“I couldn’t believe it— that I was able to do that. I never thought I would get back to that,” she said. “I was like, ‘Wow, my body’s able to do this? I’m signing up for another one.’”

Perez credits part of her determination to her care team and notes that Rampolla, in particular, pushed her to get and stay active. Now, he’s one of her biggest cheerleaders.

“Her clinical progress has been phenomenal, and I think it’s in part because she remains active,” Rampolla said. “She’s remained strong. She’s basically using those lungs well. Those lungs are pumping a lot of air when she runs, so they’re functioning at peak capacity. We are all very proud of her for what she has achieved. It is truly phenomenal.”