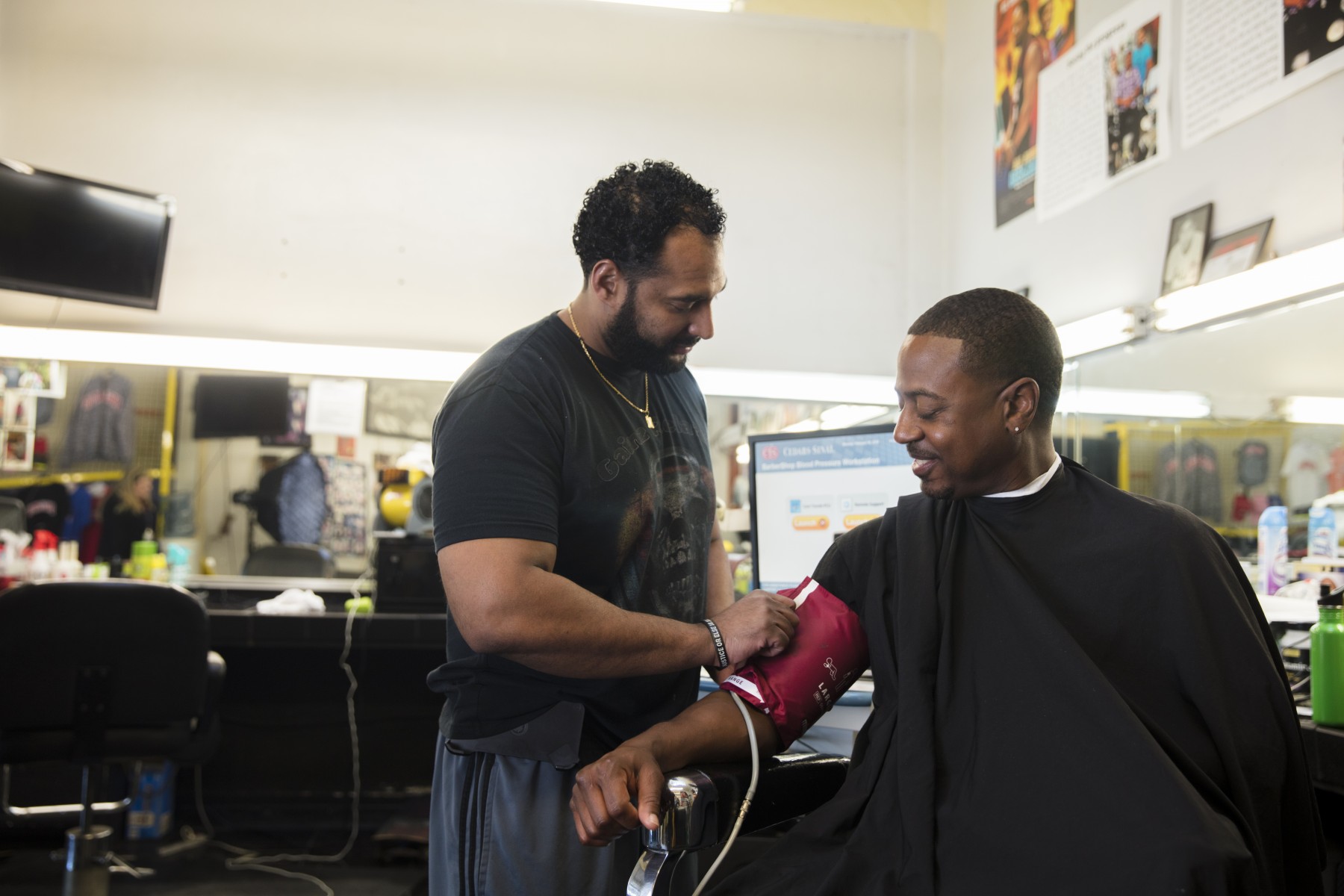 New 12-month data from the Smidt Heart Institute at Cedars-Sinai backs up an earlier study proving that a pharmacist-led, barbershop-based medical intervention can successfully lower blood pressure in high-risk African-American men. The follow-up research was published today in the journal Circulation.

“Our initial six-month data showed a marked reduction of blood pressure in the intervention group,” said C. Adair Blyler, PharmD, CHC, an author on the study and one of two clinical pharmacists from the Smidt Heart Institute who traveled to black-owned barbershops to treat patients. “Now, our 12-month data show that this significant reduction in blood pressure can be sustained, and in some cases, even improved, despite fewer in-person visits with a pharmacist.”

The novel study involving 52 Los Angeles County barbershops stationed pharmacists in barbershops to prescribe, monitor and adjust blood pressure medication for patrons. The six-month data were published in March, 2018 in The New England Journal of Medicine.

The study was led by the late Ronald G. Victor, MD, one of the world’s foremost experts on hypertension and community-based healthcare interventions. Victor was the first to study, and prove, that high-risk populations are more likely to be receptive to medical care in an environment where they’re most comfortable.

“This study will have lasting impact on one of our nation’s most at-risk populations when it comes to high blood pressure,” said Eduardo Marbán, MD, PhD, director of the Smidt Heart Institute. “As an institution, we are proud of these results and know Ron Victor would have been proud to see his vision produce such successful results that will have a positive effect on thousands of lives.”

Patients with hypertension have a blood pressure score above 130 over 80, although those with the first number above 120 are now considered to have elevated blood pressure. If left untreated, hypertension can lead to heart failure, stroke and kidney disease. It’s often considered a silent killer because patients typically don’t feel symptoms.

According to the research, at 12 months, the average systolic blood pressure – the top number in a blood pressure reading – fell by nearly 29 mmHg in the intervention group and by 7.2 mmHg in the control group – a difference of just over 21 mmHg.

With these positive results, Smidt Heart Institute researchers will now shift their focus to identifying cost-effective ways to broaden barbershop-based care and implement this novel model to other high-risk communities outside of Los Angeles County.