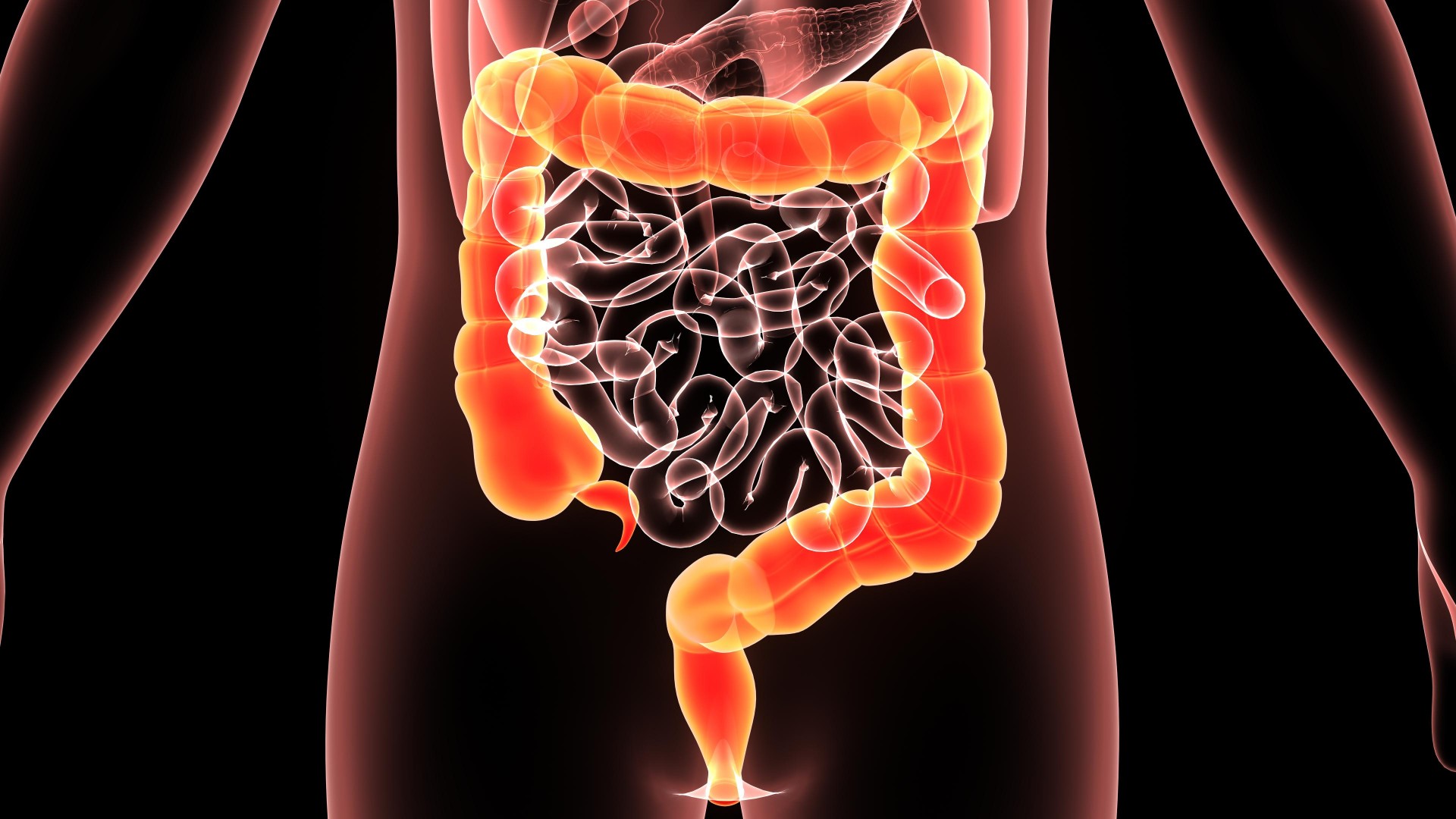 Colorectal cancer is the third-leading cause of cancer death for men and women in the U.S. but is often preventable. Illustration by Getty.
The large intestine, also known as the large bowel or colon, is the last part of the gastrointestinal tract and of the digestive system in vertebrates. Water is absorbed here and the remaining waste material is stored as feces before being removed by defecation.

Discussions about digestion and elimination can be embarrassing, so many people, young and old, tend to avoid them. But ignoring the topic and skipping colorectal cancer screening can lead to deadly results, experts say.

March is designated National Colorectal Cancer Awareness Month to raise public attention to the third-leading cause of cancer death for men and women in the U.S. The American Cancer Society estimates that about 104,600 cases of colon cancer and 43,300 cases of rectal cancer were diagnosed in the U.S. in 2020. Colorectal cancer caused about 53,000 deaths last year, including more than 3,600 under age 50.

"The shame of it is that colorectal cancer is one of the most preventable cancers," said oncologist David Hoffman, MD, medical director at Cedars-Sinai Tower Hematology Oncology Medical Group. "It’s one of the very few cancers for which we can effectively screen and save lives."

Newsroom: Has the risk of developing colorectal cancer shifted from older to younger people?
Hoffman: About 90% of cases occur in people ages 50 or older. But multiple studies now show that the rate of diagnosis for people younger than 50 is increasing 1% to 3% yearly. Since 1994, cases of the onset of cancer in younger people have jumped 51%, according to the National Cancer Institute. In our practice, an increasing number of people in their 30s and 40s are coming to us with colon cancer, and their cases usually are much more advanced and mostly incurable. It’s a catastrophic situation.

Newsroom: Why has that shift occurred?
Hoffman: Researchers aren’t sure why younger people are getting colorectal cancer. It’s possible that cancer is not on their radar, and they typically do not get screened for the disease in early adulthood. Some studies have found that tumors in younger patients are biologically different from those found in older patients. Additionally, environmental factors, such as obesity and sedentary lifestyles among younger patients, may play a role. Also, the microbiomes of younger people may somehow alter gene-expression patterns and the immune environment of the tumors.

Newsroom: How can physicians reach higher-risk younger people?
Hoffman: It’s hard to identify those who should be screened at a younger age, and to get the message out. But efforts are being made to educate young people about the possible cause of symptoms they’re experiencing and to offer early screening for colorectal cancer if they have risk factors for the disease. As is true with most cancers, being diagnosed and treated early can be the difference between surviving colorectal cancer or dying young.

Newsroom: Which colorectal cancer screening do you recommend?
Hoffman: Colonoscopy is the gold standard of colorectal screening. The outpatient procedure evaluates blood in the stool and offers the greatest accuracy and detail for polyp and cancer detection. A long, flexible tube with a video camera at the tip is inserted into the rectum, allowing the physician to view the entire colon and remove polyps or tissue for a biopsy if they are found.

Newsroom: Which over-the-counter tests are available, and how reliable are they?
Hoffman: The fecal immunochemical test (FIT)-DNA test is nearly as accurate as a colonoscopy. It combines checking for hidden blood in the stool—a possible early sign of cancer—and a second test that looks for cancerous DNA in your stool. The patient collects an entire bowel movement and sends it to a lab where it is checked for cancer cells. It's done every one to three years.

The FIT-only test screens for hidden blood in the stool and detects blood only from the lower intestines. It is performed at home by taking one to three small samples from different bowel movements and sending them to a lab for testing. It must be taken every year to be effective as a screening test for colorectal cancer.

Newsroom: When should people get their first colorectal cancer screening?
Hoffman: That depends on your risk factors. Screening for colorectal cancer should begin soon after turning 45; screenings should continue at regular intervals. You may need to be tested earlier if:

No matter which screening you choose or when you get your screening, our goal as physicians is to prevent colon cancer. We’d be happy to never treat colon cancer again. And that is possible.

Read a firsthand story about metastatic colon cancer on the Cedars-Sinai Blog: Staying in the Fight: Bobby Clark's Cancer Story