The Truth About Monkeypox 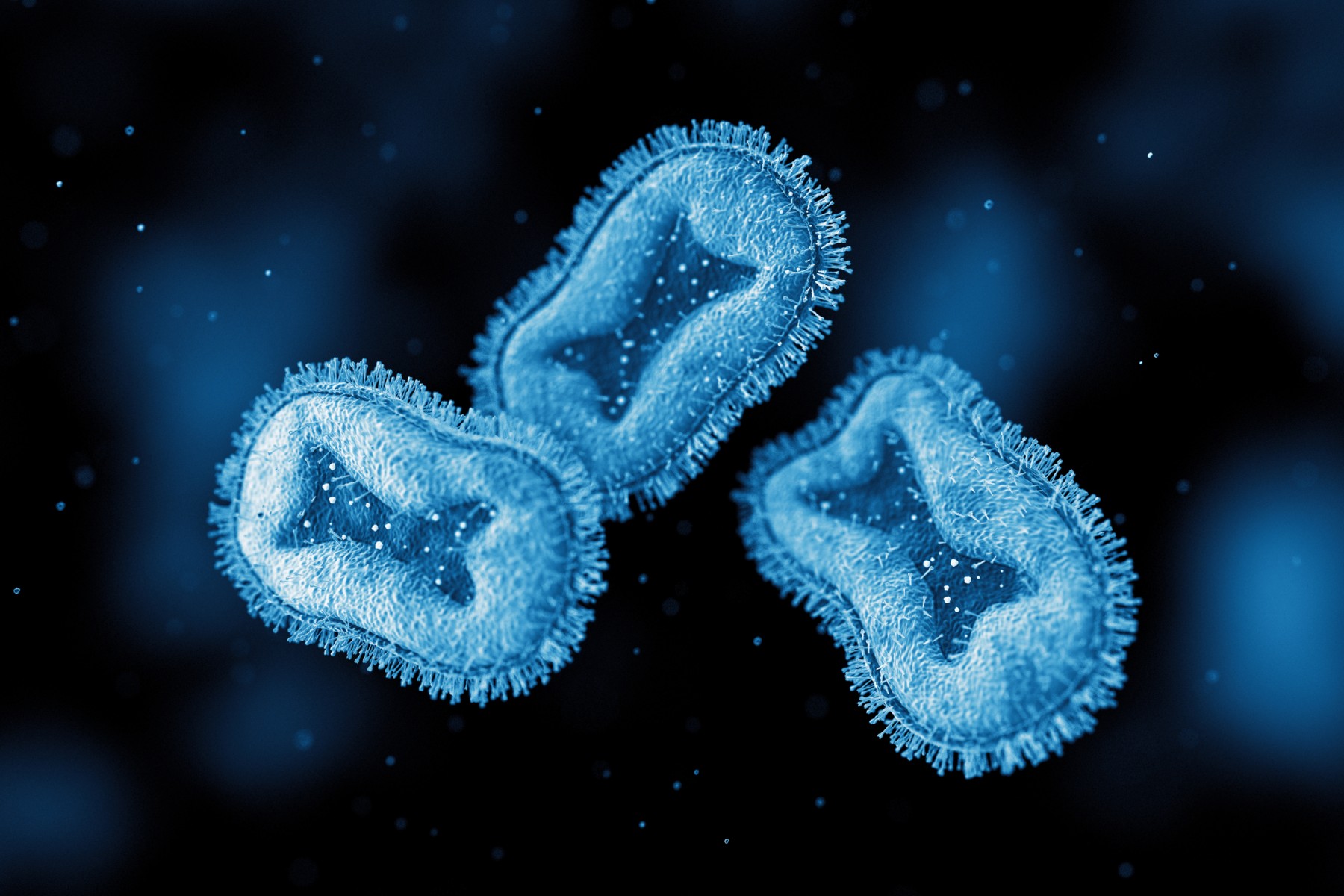 The monkeypox virus (pictured here) can enter the body through small breaks in the skin or through the eyes, nose, mouth or respiratory tract, say Cedars-Sinai experts. Rendering by Getty Images.

Monkeypox cases are on the rise in the U.S., stoking fear and confusion about the way the virus is spread, who is at risk and where to seek treatment.

“After living through a life-altering pandemic for the past few years, it’s understandable that people are 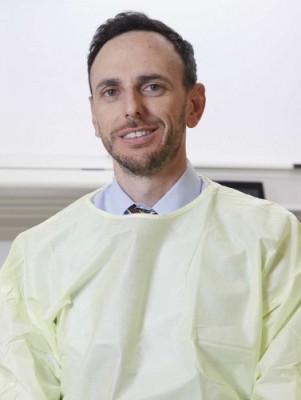 Yet, unlike COVID-19, the monkeypox virus is not new. Scientists have studied it for decades. Monkeypox also is far less likely than COVID-19 to cause severe illness or death, although the characteristic lesions can be painful and the required two to three weeks of isolation is disruptive for patients.

“It’s important to pay attention to current public health guidance and what is actually happening ‘on the ground’ during this outbreak,” said Ben-Aderet, an infectious disease specialist on the COVID-19 and monkeypox front lines. “There are a lot of rumors, half-truths and misconceptions, so it’s important that people know the facts and how to protect themselves.”

Ben-Aderet sat down with the Cedars-Sinai Newsroom to outline some of the monkeypox myths:

MYTH #1: I can catch monkeypox from public toilet seats or from trying on clothing in stores.

Scientific studies have shown that the monkeypox virus can linger on surfaces, and this might have been a source of transmission in previous outbreaks. But for the most part, monkeypox has not been spreading this way right now and not in a public setting.

“The reality is that with this current outbreak, almost 100% of cases have come from sustained skin-to-skin contact with someone with monkeypox lesions,” Ben-Aderet said. “There is no real-world data at this time showing that any other route of transmission is a concern for the general public.”

Catching the virus from a toilet seat or linens is an issue only for those in close, constant contact with someone who is actively infected, such as a household member, Ben-Aderet said.

MYTH #2: With school back in session, children are at high risk of getting monkeypox.

During the current outbreak, there have been few pediatric cases of monkeypox and no reports of the virus spreading between children, Ben-Aderet said. At the moment, the risk to children remains low.

Theoretically, that could change if a significant number of children catch the virus.

“The fear is that monkeypox could spread among children in close environments like gyms, youth sports facilities or in daycare centers,” Ben-Aderet said. “But we haven’t seen that at this point in the current outbreak.”

MYTH #3: Only gay men can get monkeypox.

The vast majority of cases in the current outbreak have occurred among gay men, but that’s because the virus spreads through prolonged, intimate, skin-to-skin contact, and gay men tend to have close physical contact with other gay men.

“We’ve seen monkeypox in all kinds of populations in the past. Just because we’re seeing it in a particular community now doesn’t mean it’ll stay there,” Ben-Aderet said. “Everyone else is just as susceptible.”

Sexual activity can spread the virus, but it’s not the only route of transmission. Monkeypox can spread through any kind of prolonged touching—even among kids or with animals—unlike syphilis and other STIs, which primarily spread through sex.

“Although monkeypox is acting like an STI, it’s not,” Ben-Aderet said. “Condoms and other traditional ways of preventing STIs won’t prevent people from catching the virus. That makes it even more challenging to control.”

The best way to stop the spread of monkeypox is to avoid close contact with someone who has symptoms or with objects that have traces of an infected individual’s body fluids and to maintain good hand hygiene with soap and water or hand sanitizer.

The World Health Organization also recommends that men who have sex with men should limit their number of sexual partners for the time being.

MYTH #5: If I contract monkeypox I need to go to the Emergency Department immediately.

The vast majority of monkeypox cases are mild and resolve on their own without any intervention.

“Monkeypox rarely is an emergency, and Emergency Departments should be reserved for people experiencing life-threatening conditions,” Ben-Aderet explained.

Anyone who thinks they might have monkeypox should contact their primary care physician for testing and a diagnosis. Many urgent care centers also can diagnose monkeypox, but it’s best to call ahead before visiting a location.

For individuals experiencing severe monkeypox symptoms—such as a highly painful rash—or those at high risk of developing severe symptoms (including immunocompromised patients), their primary care physician or an urgent care professional may be able to prescribe an investigational drug called tecovirimat. Because this experimental therapy has not been approved by the U.S. Food and Drug Administration (FDA) for use in monkeypox, providers prescribing this drug must fill out special paperwork to be sent to the Centers for Disease Control and Prevention and schedule two follow-up appointments with the patient.

MYTH #6: The monkeypox vaccine is dangerous for people with eczema.

The vaccine, which is in short supply and available under an FDA emergency use authorization to prevent monkeypox, has been around for years and gone through many iterations. Older generations of the vaccine came with many side effects.

The vaccine now primarily being used to prevent monkeypox, often called JYNNEOS, is less likely to cause adverse effects, including for individuals with eczema (atopic dermatitis). Ben-Aderet advised that anyone who has concerns should discuss the vaccine with their physician.

Read more on the Cedars-Sinai Blog: What You Should Know About Monkeypox.

Amid the loosening of COVID-19 precautions and a sharp increase in flu cases in the Southern Hemisphere, Cedars-Sinai experts are warning the public to prepare for a bad flu season this year.“Australia and New Zealand had their most severe flu …
Read more

The Sacramento Bee recently interviewed Michael Ben-Aderet, MD, associate medical director of Hospital Epidemiology at Cedars-Sinai, about the first confirmed monkeypox case in California and how to best manage the outbreak, which started in Europe …
Read more

The Truth About Monkeypox