Meditation Techniques Helped Gregory Rutchik Make It Through His Stroke. Now Those Techniques Are Helping Him Keep His Cool While Running Some of the Country's Biggest Marathons. 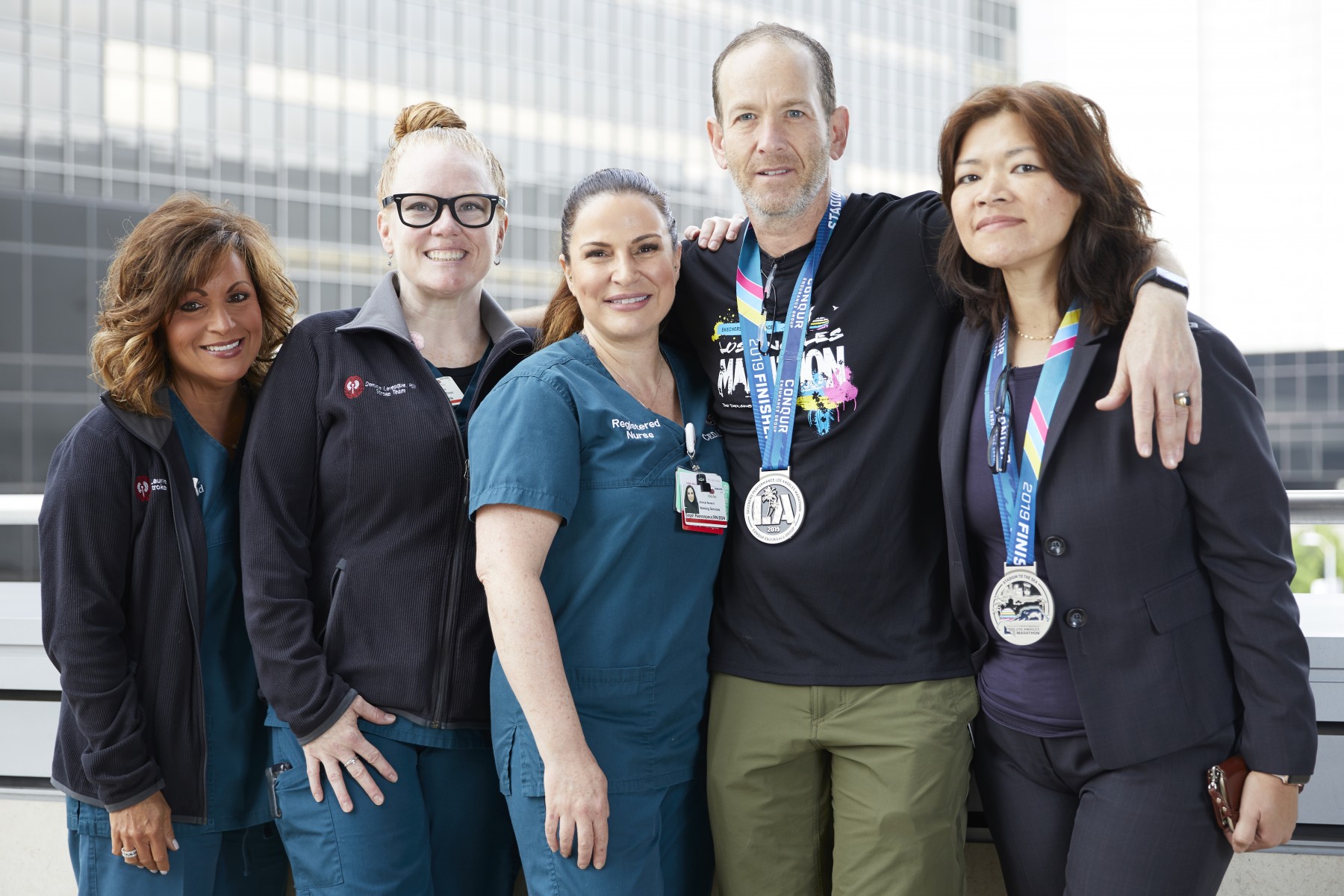 August 30, 2017, is a date etched in Gregory Rutchik's mind forever. It was a Wednesday. He had just come back to his Los Angeles home from a trip to Seattle when he began experiencing some strange symptoms—a crick in his neck, some lightheadedness.

An otherwise healthy 51-year-old who practiced combat martial arts and jogged a few miles on the weekends with his wife, Rutchik pressed on with his day, catching up on work. When he wasn't able to focus enough to meditate that evening, he thought he may be coming down with the flu.

It was only when his words came out garbled that he realized something was seriously wrong.

Rutchik's wife drove him to Cedars-Sinai, where Emergency Department physicians and nurses quickly confirmed he had a stroke. Throughout the next several months of treatment and rehabilitation, Rutchik sometimes wondered if he would ever be able to get back to his active lifestyle. But earlier this month, Rutchik, healthier than ever before, paid a visit to his care team to show them the medal he earned by running the Los Angeles Marathon.

That victory is something Rutchik could not have imagined that night in the Emergency Department as he went through a battery of medical tests. Between each test, Rutchik used meditation techniques like controlled breathing, learned through his practice of martial arts, to help him remain calm in the face of the unknown. As he breathed in slowly through his nose and out through his mouth, Rutchik said he felt a sense of calm came over him.

"It's that feeling when you kind of slip away from the outside world a little bit," he said.

An MRI revealed that Rutchik had suffered a small stroke in his left parietal lobe—the part of the brain associated with speech—caused by a blood clot. Rutchik was admitted and kept under close observation while doctors performed tests to determine the cause of the stroke.

A transcranial doppler test revealed that Rutchik had a patent foramen ovale, or PFO—a small opening between the two upper chambers of the heart.

Everyone has a PFO at birth. In most infants, the hole closes shortly after birth, but in some cases, it does not. Complications from a PFO are rare, but they do include an increased risk of stroke.

Rutchik would need a specialized procedure to close the hole and reduce the risk of another stroke.

"People don’t expect a stroke in young people, but it’s surprisingly common, and among such patients a PFO is remarkably common," said neurologist Patrick Lyden, MD, who treated Rutchik. "We always check for PFO in young stroke patients even if the echocardiogram is normal."

That Friday night, Rutchik was being prepped for the procedure to close the PFO. The procedure was quick—it took about 30 minutes. Rutchik said he was awake and chatted with his physician throughout. By the next morning, he was discharged, with instructions to rest and avoid strenuous physical activity for at least a week. 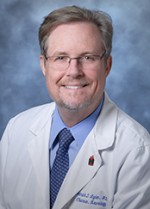 Patrick Lyden, MD, Professor of Neurology and the Carmen and Louis Warschaw Chair in Neurology
„

Rutchik's memories from his time at Cedars-Sinai revolve around people: the nurse who sang "Hallelujah" with Rutchik to keep him calm as he was wheeled into the operating room; the janitor who walked the hallways with Rutchik's wife, showing her where to find interesting art pieces along the way; the member of the transport team who found out that Rutchik liked to play chess and ended up playing him online for more than six months after Rutchik was discharged.

In fact, it was a chance conversation with Rutchik's day nurse, Marianne Carlota, that helped spark an interest in marathon running.

"Before I had the stroke, I was a meditator and combat martial artist—not a runner," he said. "My wife was the runner."

"She would basically make sure that my wife and I had every question answered by the doctors. She had a running tally," he said. "And she was calm."

It was Carlota who, when she found out that Rutchik's wife was a serious runner, suggested that Rutchik sign up to run the Los Angeles Marathon with her. At the time, Rutchik said, it seemed impossible.

About a week after surgery, with the OK from his care team to begin light physical exercise again, Rutchik went on a short jog.

"My heart kind of leaped out of my chest. I came back to my wife and I'm like, 'Wow, this is not going to be good,'" Rutchik said.

But Rutchik was determined to get back to a healthy lifestyle. After a few days, he was able to run without any problems.

With Carlota's advice in mind, the tipping point came when Rutchik found a PFO support group online and connected with a member who was running marathons. Rutchik figured that if other people born with a PFO could do it, he could too.

Rutchik went on to run the New York City marathon in late 2018 and the Los Angeles Marathon in March.

Rutchik now considers himself a runner. He says he's in better shape than he ever was.

"Yesterday I ran nine miles. One day I'd like to run the San Francisco marathon," he said.

Also on Rutchik's list of goals is competing in a triathlon next year. He hopes to eventually work up to a 100-mile ultramarathon. To get through long training runs and grueling races, Rutchik uses the same techniques that helped him keep his cool during his stroke.

"Being in an MRI or a CT machine for 45 minutes or an hour is the same practice that you practice when you're running, going through the hell of what they call the 'pain cave,'" Rutchik said. "You're bringing yourself to this relaxed state where you just kind of repeat a mantra—'I'm okay, I'm okay, I'm okay'—literally for hours. The mind follows the body and the body follows the mind."

In running and in life, Rutchik said, "We have to tell ourselves what we need to hear to keep moving, because there are more than enough reasons to pull us down."