Physicians Successfully Treat Young, High-Risk Patient With Cerebral Palsy, Failing Kidneys and Neuromuscular Scoliosis Who Was Turned Away by Other Hospitals

Adelynn Garza knows a thing or two about beating the odds.

Adelynn was born three months early, weighing just 2 pounds, 8 ounces, and was immediately diagnosed with severe cerebral palsy, a neurological disorder that affects movement and muscle tone. Adelynn was so sick that doctors measured her life expectancy in weeks.

Today, it’s been more than 14 years that Adelynn has beaten the odds of survival. 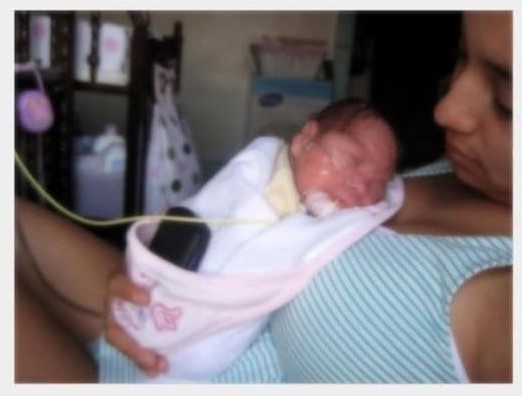 Her then-19-year-old mother, Lilia Mendoza, recalls how terrified she was during Adelynn’s birth, when Adelynn’s twin sister did not survive.

"I had already lost one and I so badly wanted Adelynn," said Mendoza. "I remember being told to be prepared that she could come out and cry or pass away.”

In addition to cerebral palsy, the newborn Adelynn had additional health problems. Her kidneys were failing, and she was severely developmentally disabled and nonverbal.

"The doctors said she'd likely survive for two weeks out of the hospital, but two weeks became three and then four," Mendoza said. "That's when I realized that if she had the will to fight, then so should I."

The Fight to Survive

Adelynn’s first four years were spent in and out of a community hospital near where the Mendoza family lives in Alhambra, California, waiting to receive a new kidney. Her mother recalls doctors there recommending that she take her daughter home, make her 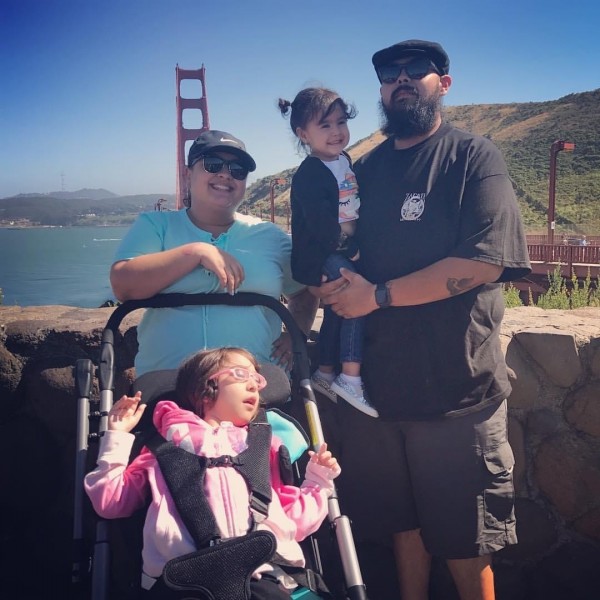 comfortable, “and just let her go on her own."

Mendoza refused and got a second opinion at Cedars-Sinai. In 2013, Adelynn received a new kidney at the Cedars-Sinai Comprehensive Transplant Center.

After a successful transplant, Adelynn was able to enjoy being with her family, going on vacation, and observing the world around her. She still spent a lot of time in medical offices and was in a wheelchair full time—but with a happy spirit.

In March 2020, however, Adelynn developed neuromuscular scoliosis, an irregular curvature of the spine and a common complication side effect of cerebral palsy.

But the pandemic shut down Adelynn’s regular physical therapy appointments, and all her medical appointments were conducted virtually. By the time Adelynn was seen in person by a clinician, her spine had curved so much that it caused constant and excruciating pain and put pressure on her lungs, inhibiting her breathing.

Mendoza was left with no other option than to explore a high-risk spine surgery that, once again, forced her to fight on her daughter's behalf.

"The first opinion we received told us it was too difficult of a surgical case and that Adelynn likely wouldn't survive," said Mendoza. "They explained that the alternative was to not have the surgery, but that she would eventually die because her organs would start to shut down."

Not knowing how to find someone who would perform the surgery for her daughter, Mendoza called Adelynn's nephrologist at Cedars-Sinai, Dechu Puliyanda, MD, for recommendations. 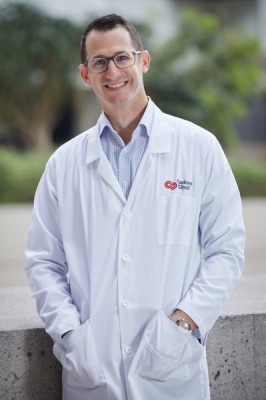 She connected Mendoza with Kenneth Illingworth, MD, a spine surgeon at Cedars-Sinai Spine Center who specializes in treating children with severe scoliosis.

Illingworth immediately invited the Mendoza family to come in for a visit to discuss treatment options, including surgery. He noted that Adelynn's spine curvature was around 105 degrees—large enough to compress the chest and cause severe restrictive lung disease.

"I'm very conservative in my approach with families and I almost never like recommending surgery right off the bat," said Illingworth. "However, Adelynn's mom, family and Adelynn had been through so much and they had been through so many other providers trying to get this particular operation that they came in knowing exactly what they wanted and knew that she couldn't go on the way she was in terms of quality of life, that a risky surgical procedure was really the only option for them for her going forward."

After discussing the risks with the family, Illingworth and the Mendozas agreed to move forward with a surgical procedure that would last nearly 7 hours.

"For kids with neuromuscular conditions such as Adelynn's, they require full-time care 24 hours a day," said Illingworth. "So, when we see these patients, we're not only caring for the patient, but we're also caring for the family members because one can't be without the other.” 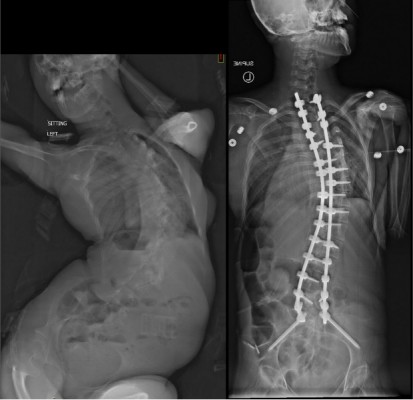 Mendoza said surgery was the right call for her daughter, now 14.

Three months after surgery, Adelynn can sit in her wheelchair for an entire day without discomfort, sit upright and interact with the rest of the world, enjoying the sights and sounds. Mendoza said she is heartened to see her daughter’s progress.

RAM-ping up for Another Championship Season

While the Los Angeles Rams quarterback Matthew Stafford works on his timing in the pocket, sports medicine specialists from Cedars-Sinai Kerlan-Jobe Institute—renowned for treating today's top professional athletes—are going through their reps to …
Read more

The Human Side of AI: Predicting Spine Surgery Outcomes

Ever since Corey Walker, MD, became a spine surgeon, the traditional measure of success focused on how well a patient was able to walk, bend or move after spine surgery. Now, with the help of artificial intelligence, Walker is measuring success …
Read more