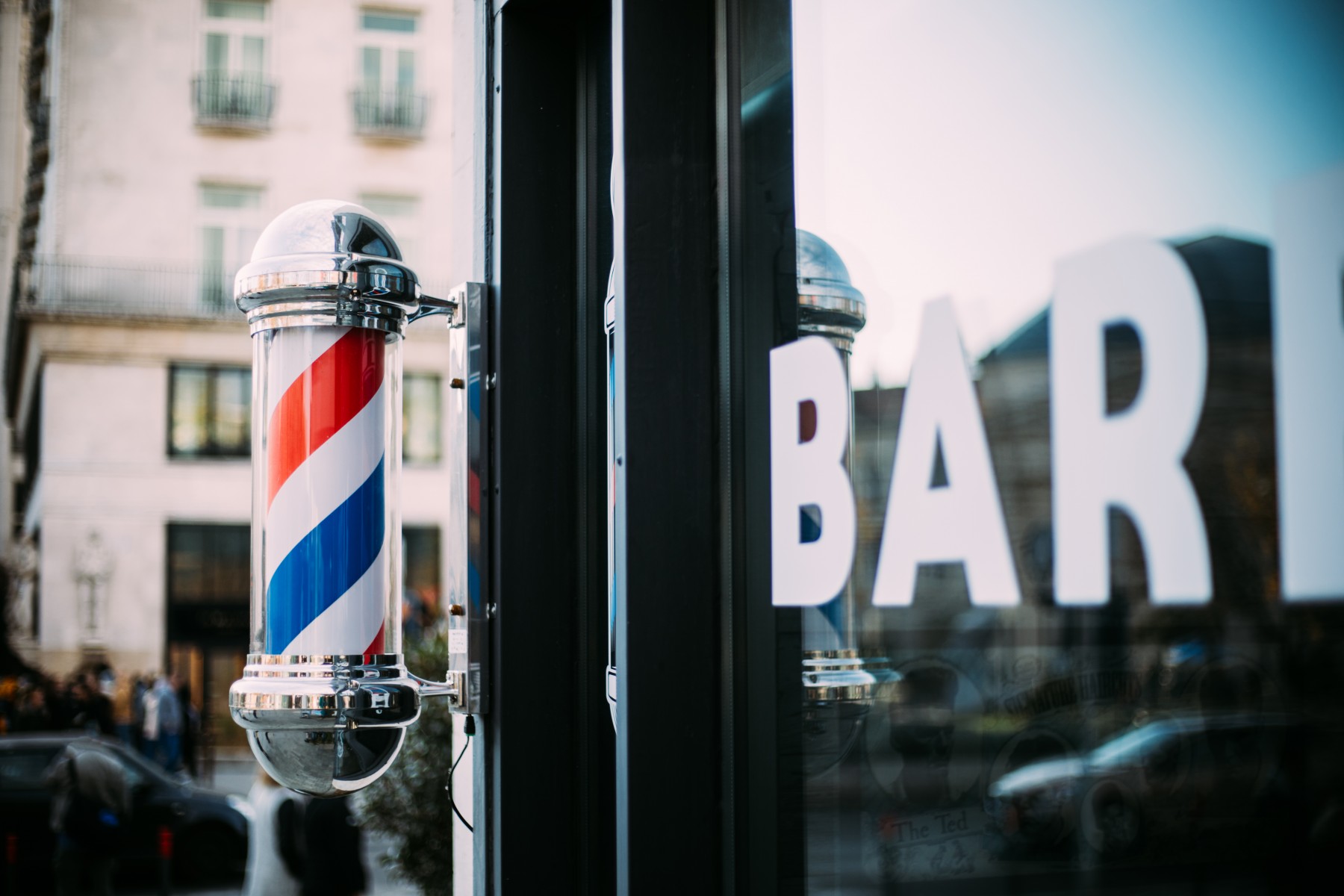 Researchers at the Smidt Heart Institute are continuing to study how to best enlist barbershops in treating hypertension in the Black community. Photo by Getty.

A New Analysis of a Landmark Cedars-Sinai Study, and New Research About Telemedicine, Show Pharmacist Interventions and Barbers Can be Cost Effective in Controlling Blood Pressure in Black Men

A new look at data from a landmark Cedars-Sinai study of health interventions in Black barbershops, and a new study that looks at barbershop patrons' virtual visits with pharmacists, have added to the evidence that convenient, community-based health programs can cost-effectively control high blood pressure and prevent heart attack and stroke.

Black men are more likely than white men to suffer from hypertension, or uncontrolled high blood pressure, which can damage the heart, brain and kidneys. They are also less likely to seek preventive care from their physicians. So, in 2015, Cedars-Sinai began partnering with barbers to try to reach these men on familiar turf.

The first expert to subject barbershop health interventions to scientific scrutiny was the late Ronald G. Victor, MD, then associate director of 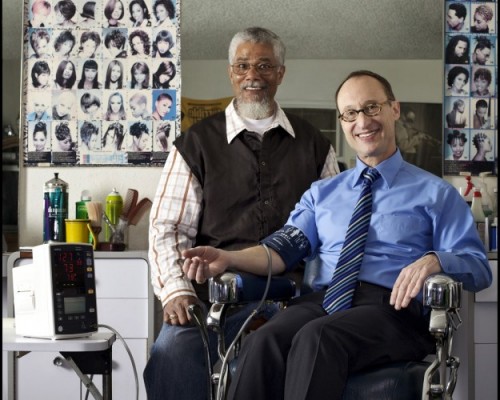 “Ron Victor was a true visionary," said Eduardo Marbán, MD, PhD, executive director of the Smidt Heart Institute and the Mark S. Siegel Family Foundation Distinguished Professor. "His pioneering paradigm–bringing medical care to the patient, rather than the patient to medical care–not only saves lives, but also saves money.”

Results after six months and 12 months, published in 2018 in The New England Journal of Medicine and in Circulation found that 64% of participants were able to reduce their blood pressure to healthy levels and keep it under control for a year.

As part of a planned analysis of the study, researchers from Columbia University and University of California San Francisco recently examined the data and found the barbershop programs

could prevent nearly 40% of heart attacks and strokes among participating Black men if scaled up nationally.

Researchers measure the cost effectiveness of medical interventions by tabulating their cost versus the quality and quantity of life gained for the patient, the dollar amount per quality-adjusted life-year (QALY). Programs that cost under $50,000 per QALY are considered cost effective, and Columbia researchers found the original barbershop program cost $43,000. Those results, published June 14 in Circulation, also suggested costs could be brought as low as $17,000 per QALY through exclusive use of generic drugs, and even lower by reducing pharmacists' travel time to and from the barbershops. 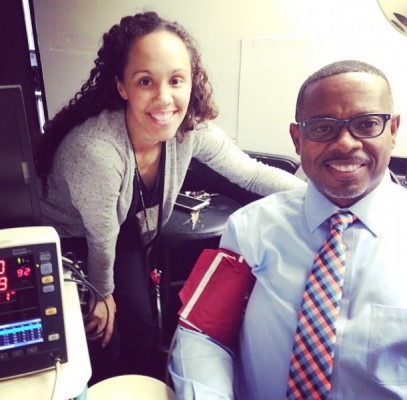 "During the original study, I was traveling from Cedars-Sinai to barbershops as far away as Bellflower," said C. Adair Blyler, PharmD, one of two clinical pharmacists from the Smidt Heart Institute who worked on the study. "That's a 45-minute to hourlong trek each way, which means I wasn't delivering patient care for up to a quarter of my day—an inefficiency that contributed to the cost of the intervention."

To see if telemedicine could reduce her travel time with the same benefits for patients, Blyler recruited 10 barbershop patrons for a proof-of-concept study. From December 2018 to March 2020, she worked with patrons in person, then transitioned them to virtual visits once their blood pressure was at a healthy level – usually in three to six months. Results from that study, published June 22 in the Journal of the American Heart Association, showed virtual visits were equally effective.

"In this new version of the model, the barber can strap on the blood pressure cuff, and we can do these remote visits right there from the barbershop without my having to travel," said Blyler.

Byrd saw information about the study posted at Hair Masters in Gardena and decided to sign up in hope of getting the "roller coaster" of his blood pressure under control. Since 2000, his primary care physician had prescribed several different medications, but when they didn't seem to help, Byrd got frustrated and didn't take them regularly.

Blyler educated Byrd about blood pressure basics, how medications can work differently in different individuals, and about the need to take his medication as directed.

"She drew me in," Byrd said. "I took the medicine and I walked out super-excited."

During the next few months, Byrd's barber checked his blood pressure at each visit and Blyler gradually adjusted his medications.

Because Blyler had gained Byrd's trust, he said the virtual visits were as good as in-person interaction.

"I don't care if we were talking with a can and a string," he said. "I'm going to listen to her. I'm going to take her advice. "

Barber Devon Hamilton, owner of Soulful Shears in Palos Verdes, was recruited into the study by a fellow barber and started checking the blood pressure of several of his patrons, with similar results.

"I felt that it was a good idea," said Hamilton. "There's guys in the barber shop that are kind of anti-checkups and didn't really follow up on their health. One of my good buddies found out he had high blood pressure and actually started working out and dropped some pounds, and he's doing well now. He changed his whole lifestyle."

Blyler is hopeful that barbershop programs could be scaled nationally. An ongoing study in Nashville, Tennessee, which has a larger Black population than Los Angeles, is underway, and Blyler and colleagues are working on a five-year follow-up with the original study participants.

At the same time, she said the barbershop studies also demonstrate how pharmacists can help reach underserved patients.

"Pharmacists are highly accessible, essential members of the healthcare team and can help manage chronic conditions like hypertension in any environment," Blyler said. "We're now looking at programs to reach Black women and the Latinx community, where there is also high prevalence of uncontrolled hypertension, through beauty salons or churches."

For men like Byrd, who is married and has a 24-year-old daughter and 27-year-old son, a barbershop intervention made all the difference. He even applied what he learned from Blyler to managing his diabetes.

In a recent email, Byrd's doctor told him that his blood sugar is now under control and asked what he'd been doing.

Funding: The telemedicine proof-of-concept study was funded by Medtronic. Funding for the cost- effectiveness analysis of the Los Angeles Barbershop Blood Pressure Study came from the Health Resources and Services Administration; The National Heart, Lung, and Blood Institute; and the National Institute of Diabetes and Digestive and Kidney Diseases. Funding for the UCSF scale-up study came from the National Institutes of Health; the University of California Los Angeles Clinical and Translational Science Institute; the California Endowment; and the Richard A. and Susan F. Smith Center for Outcomes Research in Cardiology at the Beth Israel Deaconess Medical Center. The Los Angeles Barbershop Blood Pressure Study was supported by the National Heart, Lung, and Blood Institute; the NIH National Center for Advancing Translational Sciences UCLA Clinical and Translational Sciences Institute; the California Endowment; the Lincy Foundation; the Harriet and Steven Nichols Foundation; the Burns and Allen Chair in Cardiology Research at the Smidt Heart Institute; and the Division of Community Relations and Development at Cedars-Sinai.

Natalie Bello, MD, MPH, to Lead New Initiative in the Department of Cardiology, Spearheading the Study of Ways to Combat High Blood Pressure

Natalie Ann Bello, MD, MPH, an innovator and researcher in the field of cardiology with a special interest in hypertension and cardiovascular risk surrounding pregnancy, has been selected as director of Hypertension Research in the Smidt Heart …
Read more

Researchers from the Smidt Heart Institute suggest that, contrary to common belief, the risk of developing high blood pressure has more to do with genetics in women than in men. The effect of genes on hypertension risk, when compared to that of …
Read more

A study from the Smidt Heart Institute and the Interagency Registry for Mechanically Assisted Circulatory Support (INTERMACS) that reviewed national data on more than 24,000 patients who had mechanical pumps implanted to treat advanced heart failure …
Read more