Construction crews recently completed demolishing a four-story medical office building next to Cedars-Sinai Marina del Rey Hospital, where a new, modern hospital will soon rise. But rather than a dramatic explosion, this demolition happened brick by brick and almost all of the debris will be recycled.

The methodical demolition is part of a carefully coordinated process that will unfold over the next four years, allowing the current Marina del Rey Hospital to remain open and fully operational during the construction of its replacement. 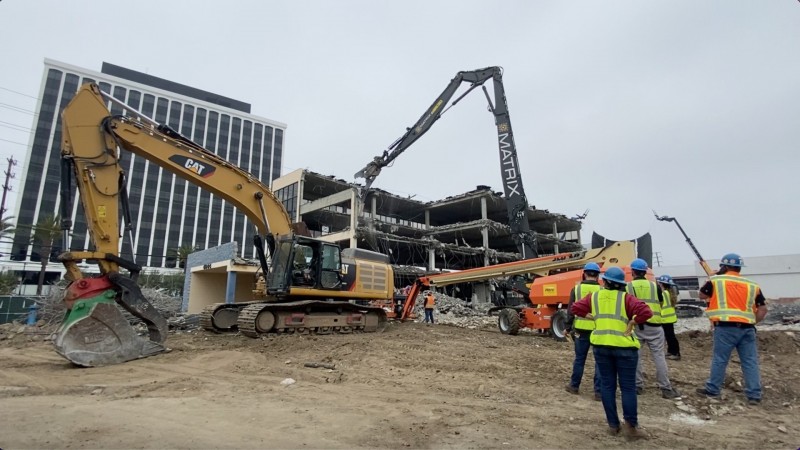 “We worked closely with the architects to design the new nine-story hospital so it could be built while maintaining our ability to serve the community,” said Zeke Triana, vice president of Facilities Planning, Design and Construction at Cedars-Sinai. He said the systematic demolition limited disruptions to patients, visitors and staff and also helps Cedars-Sinai meet safety and sustainability guidelines set by the state and local authorities.

“The methods our contractors use are really interesting,” Triana said. “It’s fascinating to see what goes on behind the scenes of a big project like this and how it ultimately impacts the community.”

The process began by shutting off utilities to the nearly 50-year-old medical office building. With the site safely prepared, the real demolition commenced.

Starting by hand, workers ripped out “soft” materials: drywall, wood doors, nails, screws and wall framing. After unfastening anything that could be removed, workers drove small construction vehicles with big shovels through the building, scraping out the remains. They sorted the debris into piles of metal and wood for recycling. 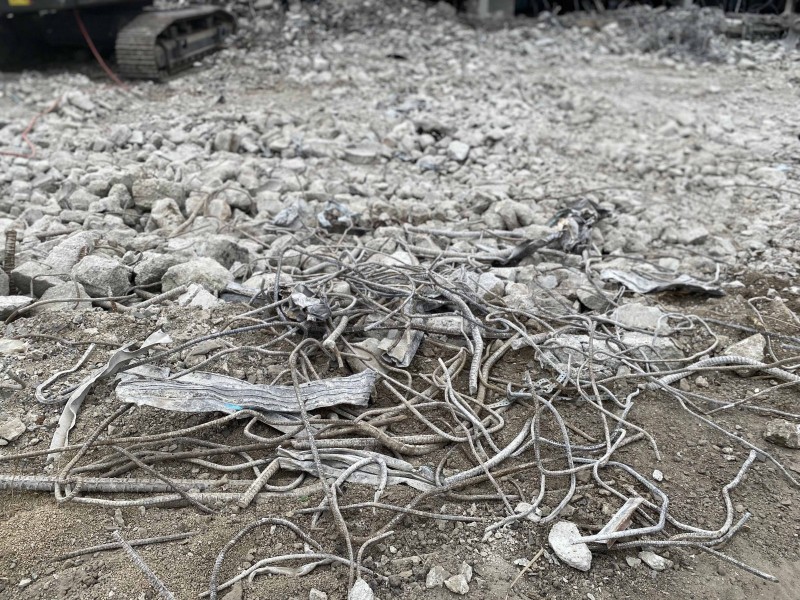 Stripped down to its bones on the inside, the building was ready to come down from the outside.

Starting at the back and top of the building, heavy-duty machines chomped away at the skeleton. A long-armed tractor extended several stories up, where its beak-like claw sliced through concrete, nibbling away at walls. Large chunks of cement tangled with metal tumbled down, carpeting the ground in gray rubble.

Two tractors picked through the debris with jagged jaws turning rocks into pebbles. 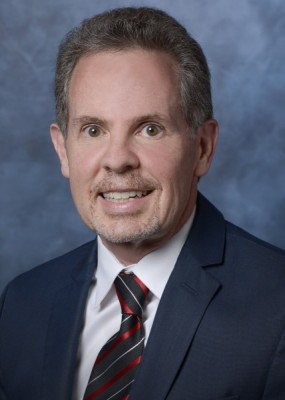 To limit dust, crews regularly sprayed water on the site; large screens shielded the hospital and nearby car dealership from particles.

After the debris is completely sorted, most of it will be recycled. Wood can be processed and reused or turned into mulch, chipboard or fuel. Metals can be melted into rebar; concrete can be crushed into filler used to shape and level roads under layers of asphalt.

“When all of those materials have been hauled off to be recycled, it will mark a major milestone in our progress preparing for construction of the new hospital,” Triana said.

Thank you to Cedars-Sinai contractor R&S Construction and demolition subcontractor Matrix Environmental for their contributions to this story.

As the COVID-19 pandemic eases, many people are going back: back to work, back to school, back to normal lives.But one group that hasn’t gone back is the volunteers. Across the U.S., volunteer activity remains low, even as charitable giving has …
Read more

With many regular blood donors resuming travel this spring amid a lull in COVID-19 cases, Cedars-Sinai is asking the community to help replenish blood supplies that have dwindled during the pandemic. To support these efforts, Cedars-Sinai Marina del …
Read more