Cedars-Sinai architects have a rare opportunity to build a hospital from scratch, and they want to get it right.

So instead of relying only on models, drawings or photos to guide the design of the new nine-story Cedars-Sinai Marina del Rey Hospital, the architects built sample patient care rooms—down to the door knobs.

Then, they invited physicians and nurses to visit, inspect and give feedback before the new hospital breaks ground later this year, said Zeke Triana, AIA, vice president of Facilities Planning, Design and Construction at Cedars-Sinai.

The healthcare professionals who toured the half a dozen realistic rooms had plenty of suggestions, ranging from the mundane to the high-tech.

For example, staff stood inside an Emergency Department exam room and asked the architects to rotate the bed and head wall 90 degrees so they could directly face the patient's head from the doorway.

Nurses examined the grab bars, soap dispenser and shower curtain in a realistic intensive care unit room and asked to move electrical outlets in a patient room on the medical/surgical floor. 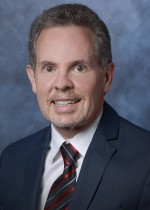 "One of the outlets that we would plug the equipment into was so close to the patient, that if a nurse were coming in to do something on a machine, we would be right in the patient's face in a bothersome way," said Mary Worley, RN, a nursing director at Cedar-Sinai Marina del Rey Hospital. "So we were able to move that out of the way, and just make it a more comfortable area for the patient. We were lucky enough to be able to give our input, and they listened to us and made changes."

That kind of feedback is critical to making the high-tech rebuild of the current two-story, 50-year-old hospital a success.  Construction of the new hospital is expected to take about five years.

"The nurses asked us to push a handwashing station between patient rooms deeper into the wall because they saw that water could have splashed onto the floor creating a slip hazard," said Alicia Wachtel, executive director of Facilities Planning, Design and Construction at Cedars-Sinai. "By getting input from the staff who use these spaces on a daily basis, we can reduce costs by avoiding mistakes and costly changes, and make the construction process more efficient because the contractor knows exactly what to build. It also makes staff happier, which is priceless."

Wachtel and her fellow architects get another benefit from this project: They can test features that they'll later replicate in other hospital rooms, clinics or surgery centers throughout the health system. They asked surgeons to tour a mock operating room to test new green-hued lights that reduce glare during surgeries. And the architects found a new modular panel for operating room walls in the hospital that can be easily replaced after getting dented by rolling surgical trays and equipment that, over time, leave unsightly damage.

The staff in the Marina are thrilled to be test subjects for innovation.

"We are a tiny hospital in Marina del Rey, and we have done so much for the community and for each other," Worley said. "We are ready to expand, to be able to offer more to our community, to be able to give them a larger, more state-of-the-art hospital with all the bells and whistles."

Read more about patient care in Marina del Rey in Cedars-Sinai Magazine: By Herself, But Not Alone

Construction crews recently completed demolishing a four-story medical office building next to Cedars-Sinai Marina del Rey Hospital, where a new, modern hospital will soon rise. But rather than a dramatic explosion, this demolition happened brick by …
Read more

With many regular blood donors resuming travel this spring amid a lull in COVID-19 cases, Cedars-Sinai is asking the community to help replenish blood supplies that have dwindled during the pandemic. To support these efforts, Cedars-Sinai Marina del …
Read more