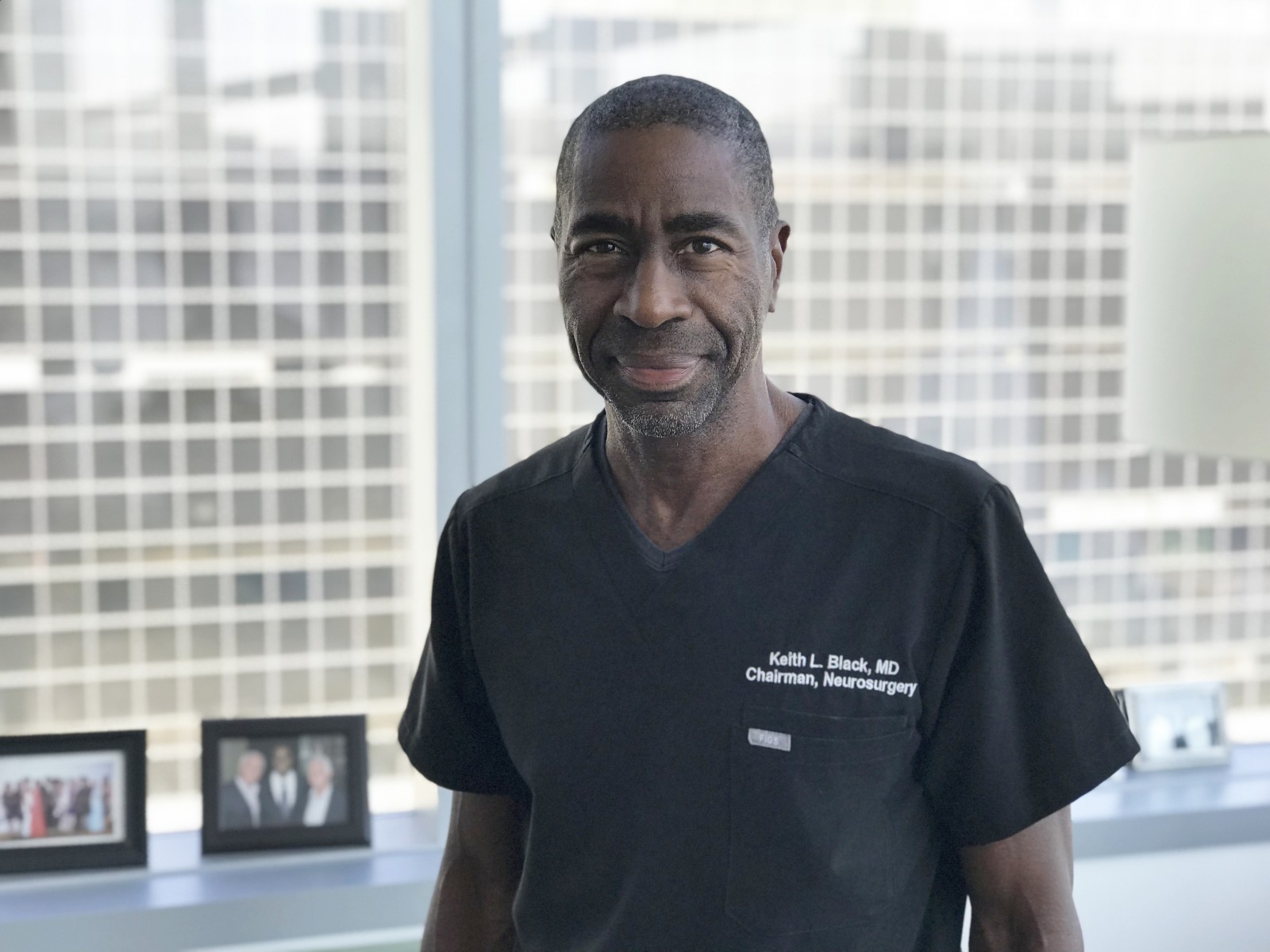 The L.A. Watts Times recently interviewed Keith L. Black, MD, chair of the Department of Neurosurgery at Cedars-Sinai, about his path to a career as one of the world's leading neurosurgeons.

Science was Black's passion from an early age, he told the L.A. Watts Times. During his childhood, Black spent time searching through streams in his neighborhood for tadpoles, and he eventually dissected frogs he had caught. His father, who was an educator, encouraged his interest in science by buying him a chemistry set.

During high school, with the guidance of Frederick Cross and Richard Jones—inventors of the Cross-Jones artificial heart valve—Black learned to perform transplant surgeries and heart valve replacements on laboratory dogs. Black published his first scientific paper at 17, which led him to win the national Westinghouse Science Talent Search competition.

Black later enrolled at the University of Michigan, completing his undergraduate degree and medical school in six years. He told the L.A. Watts Times about a challenging meeting with the chair of neurosurgery at his medical school, whom he met with after deciding he wanted to become a neurosurgeon.

“When he looked at me and said, ‘What makes you think you can be a neurosurgeon? You must be smart to be a neurosurgeon, you must be able to think on your feet,’ I didn’t let his words discourage me,” Black told the L.A. Watts Times. “I took that negative energy and let it fuel me to become more prepared.”

After completing his residency at the University of Michigan Medical Center, Black moved to Los Angeles, where he eventually joined Cedars-Sinai in 1997. Among Black’s many significant roles at Cedars-Sinai, he is a professor of Neurosurgery and the Ruth and Lawrence Harvey Chair in Neuroscience.

Black trains the next generation of neurosurgeons and encourages grade school students to pursue a career in neurosurgery through an immersive, daylong experience called Brainworks. He told the L.A. Watts Times that he hopes he can show kids that a career in science and medicine can be exciting, fun and financially rewarding.

Click here to read the complete article from the L.A. Watts Times.