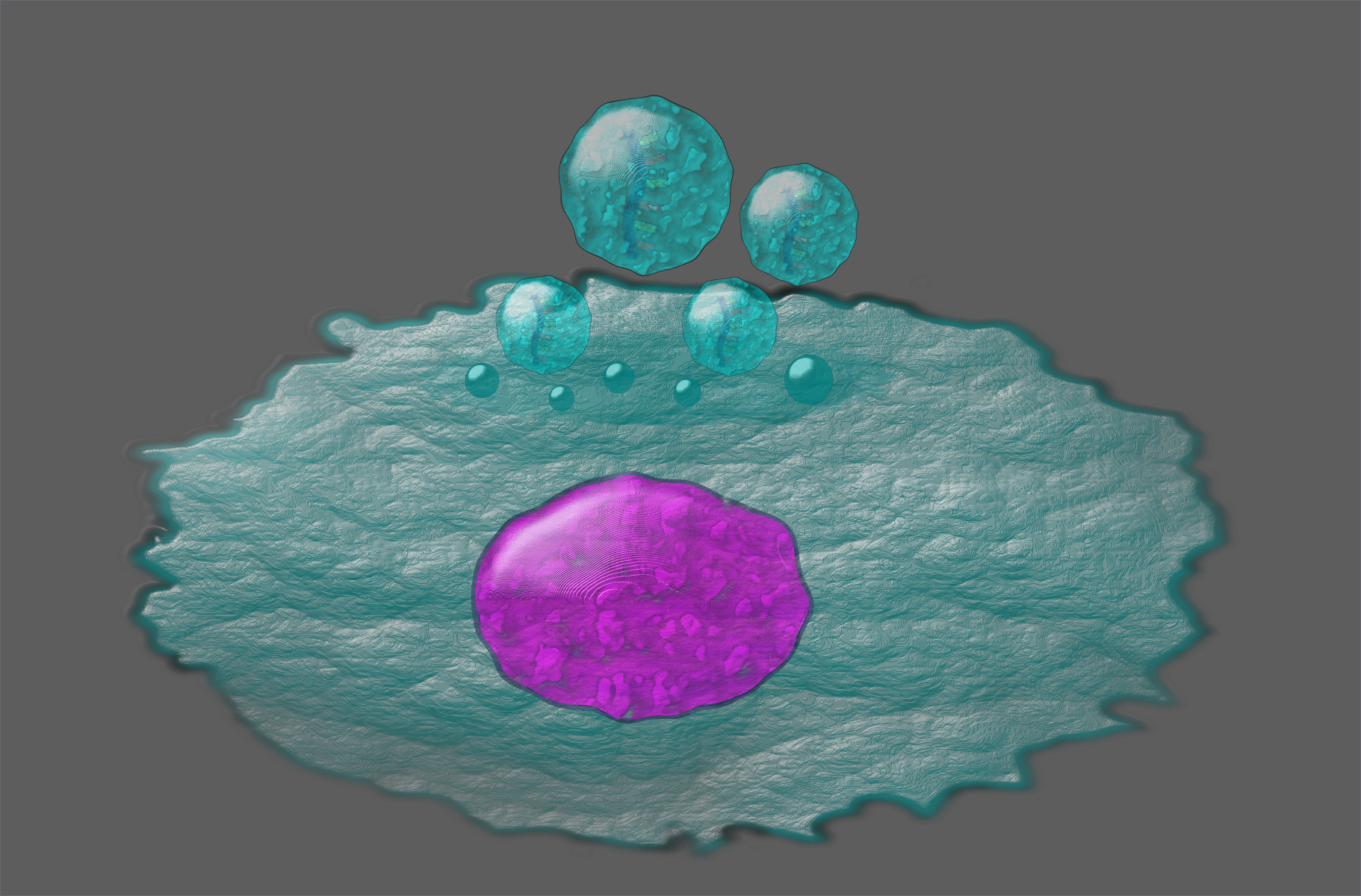 An illustration of a cell releasing exosomes, a category of extracellular vesicles. Illustration by Cedars-Sinai.

As the article explains, scientists first caught a glimpse of EVs in the 1940s. When researchers studied them in more detail in the 1980s, they thought they were looking at mundane cellular trash bags. Then, a couple of decades later, a team of interdisciplinary researchers discovered that tumors send EVs to distant tissues, laying the groundwork for cancer to take hold in new places.

Today, scientists are finding that the messages EVs deliver are important in multiple sites around the human body, both in health and sickness. Cells of animals and plants, protozoans and fungi, and even bacteria release EVs, mailing their messages to other organs or other creatures with which they are interacting.

Marban first got interested in EVs about a decade ago, when his team began injecting stem cells into hearts in an effort to regenerate heart muscle after a heart attack. Although the stem cells worked, the researchers also noticed that most of the stem cells disappeared within weeks by being absorbed into the bloodstream.

Yet upon looking closer, the team discovered that the stem cells released EVs that helped heart muscle and blood vessels regenerate. They noted their findings in Stem Cell Reports in 2014 after using EVs to treat heart failure in mice engineered to mimic the muscle-wasting disease Duchenne muscular dystrophy. Not only did the EVs help the heart work better, they also helped skeletal muscles.

EVs loaded with therapeutic cargos would be much easier to use as a treatment than stem cells, Marbán told Knowable. They could deliver RNAs, genes, proteins — whatever scientists load them with. Unlike most stem cells, the EVs can be freeze-dried for convenient storage. And they can cross into the brain, making them potential delivery trucks to treat neurological conditions such as Alzheimer’s.

Click here to read the complete article from Knowable Magazine, including other ways EVs are helping advance medical cience and patient care.