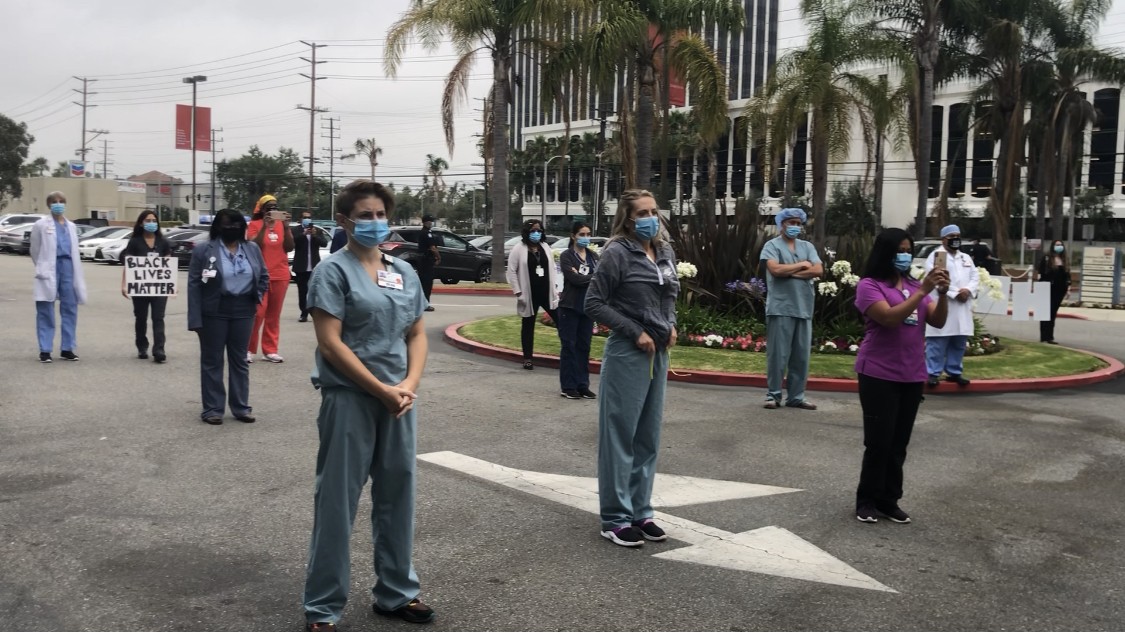 As the U.S. confronts its history of racism and grapples with ongoing racial disparities, Cedars-Sinai Marina del Rey Hospital staff members gathered to show solidarity with minority communities and support for health equity.

One recent afternoon, more than 80 employees were kneeling or standing while observing a moment of silence together. They also listened to remarks from hospital leaders about the impact of racism on the community and what actions they can take.

“If there’s any question if systemic racism exists in America, the answer is yes,” said Robert Watkins, MD, chief of staff at Marina del Rey Hospital. He linked the recent protests over the murder of George Floyd to a long history of racism in the country that has created economic and health disparities for people of color.

Watkins hoped that the hospital’s show of solidarity would increase awareness of these issues and help determine a path forward. “We’re such a family here at the Marina and everyone coming out and supporting each other is really what makes working at this hospital so beautiful,” he said.

Racial discrimination and inequity in areas such as housing, employment, criminal justice and education remain a fact of life throughout America. Inequities in healthcare also are widespread, and addressing that imbalance is a focus at Cedars-Sinai, where leaders have been developing and directing programs aimed at achieving racial equity and erasing healthcare disparities. 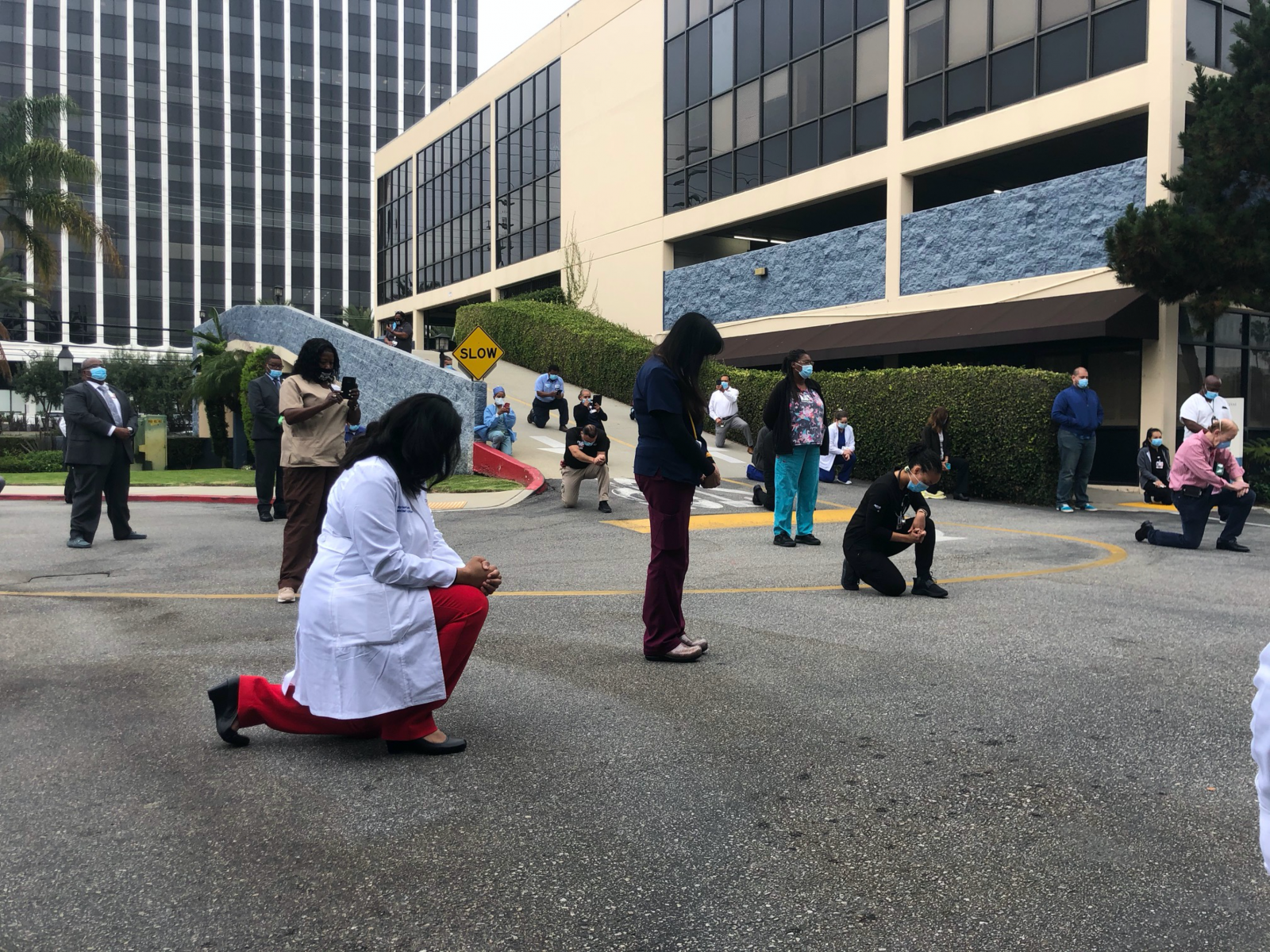 Staff at Cedars-Sinai Marina del Rey Hospital observe a moment of silence in support of racial justice. Photo by Cedars-Sinai.

For example, Cedars-Sinai is holding open dialogue sessions for staff to learn from each other about experiences of discrimination. The health system also has enacted a number of employee training programs to raise staff members’ awareness about “implicit bias,” the unconscious actions that can result in unfair treatment.

Implicit bias can have serious ramifications in healthcare. According to the Centers for Disease Control and Prevention:

Ronald Hurst, MD, chair of Surgery at Marina del Rey Hospital, said that he had prayed about the most effective remarks he could share with the group of staff members as a Black man and a Black surgeon. He said that those who are affected by racism understand it well, but they cannot bring about change alone.

“It’s about the unaffected who choose not to be involved,” Hurst said. “What we’re seeing as the tipping point now is that the unaffected are getting involved. They see, they feel, they care.”

“Thank you for participating,” Laguna-Kennedy told the group. “This tells me you want action, too.”

Read more on the Cedars-Sinai Blog: Faces of Cedars-Sinai — Nicole Mitchell, Director of Diversity and Inclusion