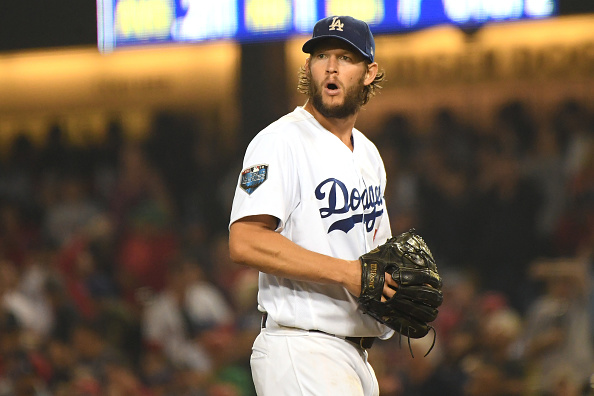 Has the newly revealed baseball cheating scandal – especially the signal-stealing scheme by the Houston Astros that might have cost the Los Angeles Dodgers the 2017 World Series title – got you down? Are you feeling bluer than Dodger blue, or like you got hit by a beanball?

Cedars-Sinai ethics and Jewish law experts agree that cheating in the national pastime can be as jolting to fans as a home plate collision between a barreling base runner and a burly catcher. They encourage broken-hearted Dodger loyalists to keep things in perspective – baseball, after all, is just a game – while acknowledging that the revelations have been painful.

“It's important to empathize and recognize that it really does feel unfair. Many people remember the sense of loss and disappointment,” said Rabbi Jason Weiner, BCC, Cedars-Sinai’s senior rabbi and director of the Spiritual Care Department, who spent his college years pitching for the California State University Monterey Bay Otters.

“As much as people complain when, say, a referee or an umpire makes a bad call, and they feel like they lost because of the bad call, that's part of the game, unfortunately, for better or for worse. And that, in itself, feels horrible,” he said. “When it's actually cheating and breaking rules, and trying to get away with it, that’s not supposed to be part of the game, and that's especially frustrating. You never know what could have been.”

The rabbi said the Astros’ plot, which enabled the team to steal signals from Dodger catchers so that Houston hitters would know what pitches to expect, evoked a Jewish concept known as “g’neivat da'at,” or “stealing the mind.”

“Jewish law regards cheating or being deceitful in any way as theft. When you deceive someone or trick them, it’s a type of thievery, which is very serious,” he said. 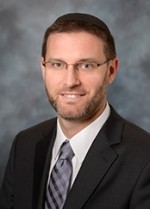 Jewish law regards cheating or being deceitful in any way as theft. When you deceive someone or trick them, it’s a type of thievery, which is very serious.

Beyond that, Weiner said, “When you do the right thing, you can live with yourself. When you do the wrong thing, either you end up getting caught, or you can't really enjoy it. I’ve got to imagine that the Astros, as much as they celebrated when they won, as people told them, ‘Wow, you're the best ever, you're the greatest,’ there must have been something inside them that said, ‘Well, I know how we did this and maybe we couldn't have done it without cheating.’”

Stuart G. Finder, MA, PhD, director of Cedars-Sinai’s Center for Healthcare Ethics, places the fans upset by the scandal into two general camps: those who absorb it as a personal loss and those who are disturbed by the violation of their sense of fairness.

Fans who, Finder said, have taken the Dodgers’ misfortune so personally that they “have this sense of ‘I’ve been robbed,’” probably need to reevaluate how they understand sports.

On the other hand, Finder said, other fans may see sports as a way to temporarily escape the complexities and unfairness in life, and to enjoy a sense of being in a simpler, fairer world. For them, Finder said, the cheating scandal can be an unsettling reminder that sports is yet another domain that can be tainted and is another part of our lives over which we have no control. These fans recognize that baseball “has this kind of corruption in it. That's not good for baseball and if it's not good for baseball, then the whole reason I like baseball comes into question.”

For his part, Finder said he isn't much of a baseball fan and doesn’t watch it much, except for a few post-season games. As a native of Pittsburgh, though, he enjoys watching pro football’s Pittsburgh Steelers with his wife and one of their grown children who lives in Los Angeles and also follows of the team.

Their mindset, Finder said, is “that was a fun way of spending three hours together. Getting together for the game is really another occasion for us to be together.”

Finder said fans can likewise treat the cheating brouhaha as an opportunity to recognize that they are “participating because of this sense of community, this sense of having a shared experience with friends and family, and that's what's meaningful. So actually, in a funny way, the revelation of this cheating might be a really good thing because it becomes an occasion to remind people why it is that we engage in fandom and sports in the first place.”

It might be tough to explain that, though, to Dodger fans such as Weiner, who attended game 7 of the 2017 World Series – a disaster for the Dodgers that maybe wouldn’t even have been necessary if the team hadn’t gotten rattled by the Astros’ tainted victories in Houston.

Read more on the Cedars-Sinai Blog: What is Tommy John Surgery?

As the nation heads into the second Jewish High Holiday season during the COVID-19 pandemic, Cedars-Sinai Senior Rabbi and Director of Spiritual Care Jason Weiner, PhD, is thinking about renewal, a common theme during the holidays that call for …
Read more

For Cedars-Sinai's longstanding commitment to providing medical care and other support to survivors of the Holocaust, President and CEO Thomas M. Priselac has received the Outstanding Humanitarian Award from the American Society for Yad …
Read more

This Rosh Hashanah, even the shofar will be wearing a mask. That is just one of the unconventional ways that the COVID-19 (coronavirus) pandemic is changing the way Rabbi Jason Weiner, PhD, and his team of chaplains at Cedars-Sinai will be …
Read more