Daily Mail: Dandruff Could Be Key to Crohn's Disease 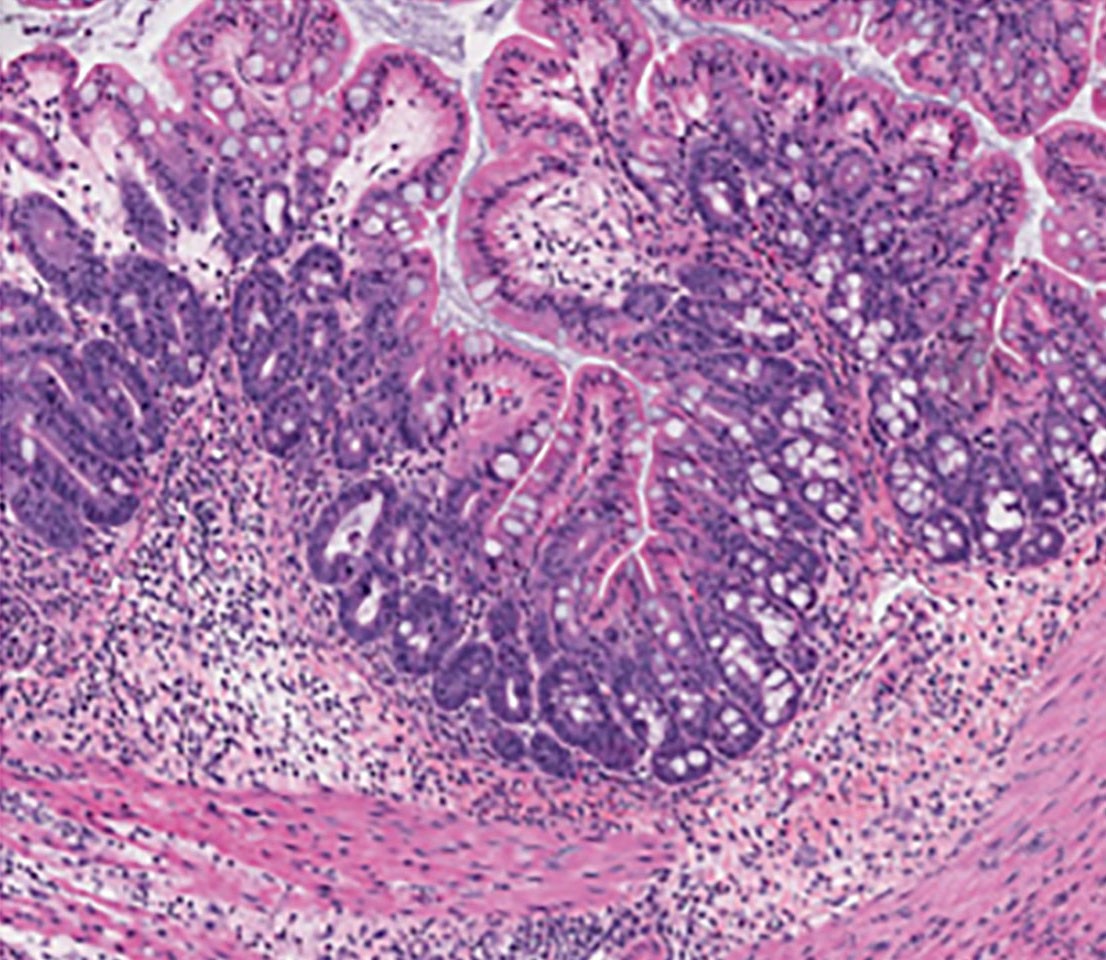 Image shows inflammatory cells being recruited into the intestinal wall in laboratory mice with colitis exposed to the yeast Malassezia restricta. Photo by Cedars-Sinai. 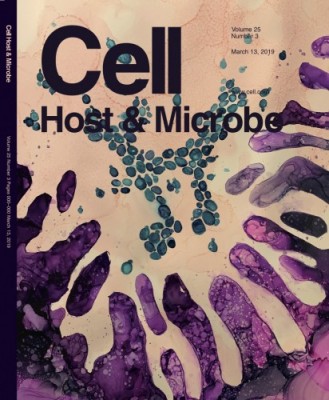 The study was published in the journal Cell Host & Microbe, which featured it on the cover of its March issue along with an alcohol-ink painting of fungi created by Andrea Wolf, PhD, a research scientist in the Department of Biomedical Sciences at Cedars-Sinai. Wolf was a co-author of the study, and David Underhill, PhD, the Janis and William Wetsman Family Chair in Inflammatory Bowel Disease at Cedars-Sinai, was the corresponding author.

Under the headline, "Dandruff Could Be Key to Crohn's disease," the Daily Mail reported: "A fungus linked to dandruff may be a crucial factor driving the chronic stomach condition Crohn's disease, according to a new study. Malassezia yeasts found in oily skin and scalp follicles are linked to skin conditions, including dandruff.

"Researchers discovered that the fungus commonly found in human hair follicles also resides in the gut. In most of us, it is harmless, but in some people with a certain genetic make-up it appears to worsen their intestinal disorders such as inflammatory bowel disease (IBD)."

The article by Mia de Graaf, DailyMail.com health editor, quoted Underhill as saying, "We were surprised to find that Malassezia restrica was more common on intestinal tissue surfaces in Crohn's disease patients than in healthy people." De Graaf stated the next steps involve exploring whether eradicating the yeast from the intestinal microbiome clears the patients' symptoms.

The cover for the journal Cell Host & Microbe features a Cedars-Sinai study on fungus and Crohn's Disease by displaying an alcohol-ink painting of fungi floating among the villi of the intestinal mucus membrane.

Daily Mail: Dandruff Could Be Key to Crohn's Disease