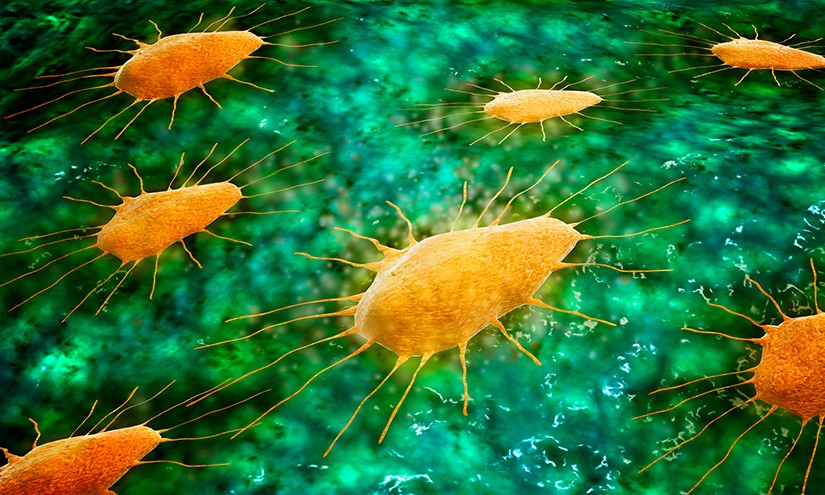 Cedars-Sinai investigators have identified a gene that plays an essential role in the innate human immune system. The gene, NLRP11, helps activate the inflammatory response that tells the body’s white blood cells to go on the attack against a foreign presence.

The findings, published in Nature Immunology, bring medical science closer to understanding a biological process that can both help and harm the body.

“Chronic inflammation is an underlying cause of innumerable human diseases,” said Christian Stehlik, PhD, a co-senior author of the study and director of Pathology Research at Cedars-Sinai. “If you study the molecular mechanisms involved in how inflammation occurs and how it is regulated, you find something that can be applied very broadly.”

When the immune system senses a bacteria, virus, toxin or other foreign presence in the body, it sends white blood cells to surround the unwanted substance and release chemicals to attack it. This response leads to inflammation, which causes redness, pain, warmth and swelling in the affected area as the body heals itself. Sometimes this defensive response lasts longer than it should, resulting in chronic inflammation. Or, the immune system may mistakenly attack healthy cells, leading to autoimmune disease.

“Acute inflammation is necessary and beneficial to eradicate infection and initiate wound healing,” said Andrea Dorfleutner, PhD, co-senior author of the study and associate professor in the departments of Academic Pathology and Biomedical Sciences at Cedars-Sinai. “Chronic, long-term, uncontrolled inflammation, however, is detrimental and can damage the body’s organs and tissues.”

The key to controlling the inflammatory response and preventing chronic inflammation may lie in being able to influence the expression of the NLRP11 gene.

The investigators used a gene-editing system called CRISPR/Cas9 to remove genes or introduce gene mutations in human white blood cells called macrophages. They observed that when they deleted NLRP11, it prevented an immune system sensor called the NLRP3 inflammasome from being activated and launching the inflammatory response.

When the investigators restored the NLRP11 gene, the NLRP3 inflammasome sent its attack signals, which triggered the typical inflammatory process. The investigators chose to focus on this gene in particular because it is not expressed in mice, which led them to hypothesize that it was integral to the complex immune system that exists in humans.

“Now that we have a better picture of the mechanisms behind inflammation, we can come up with completely new strategies to target it that have not been possible before,” Dorfleutner said.

The first authors of the study are Anu Gangopadhyay, Savita Devi, PhD, and Shivendra Tenguria, PhD, all investigators in the Stehlik and Dorfleutner Laboratory.

Read more: A Double-Edged Sword: Inflammation and Your Health