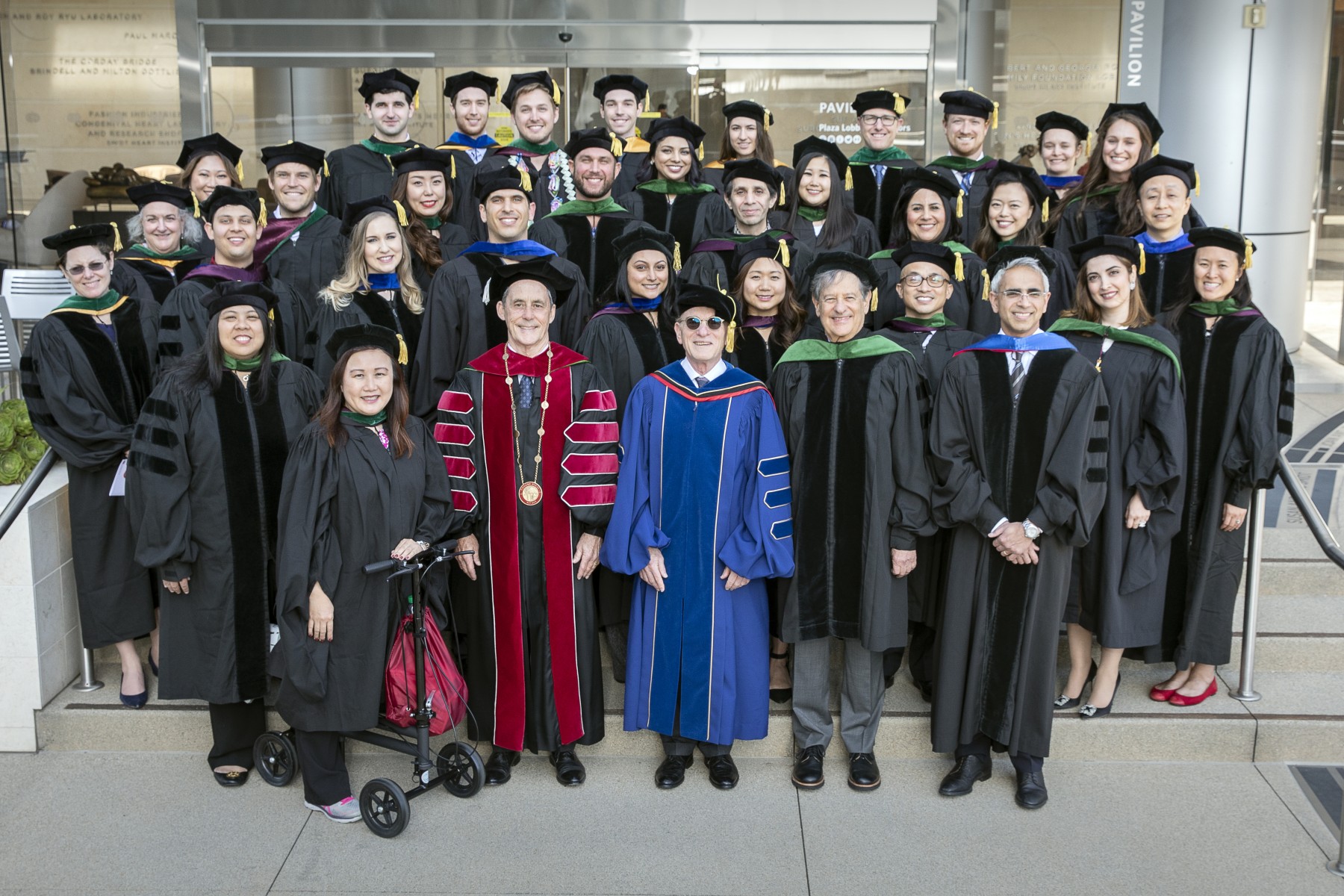 The Cedars-Sinai Graduate School of Biomedical Sciences awarded a record number of advanced degrees at its 7th annual commencement, where a Nobel laureate urged the graduates to "tackle our greatest challenges" by sustaining their commitment to science despite political headwinds.

In an stirring commencement address, Randy W. Schekman, PhD, who shared the 2013 Nobel Prize in Physiology or Medicine, expressed confidence in the future of scientific inquiry. "I stand before you to proclaim that the state of science here and elsewhere in the country is as strong as ever," he said.

Schekman, a professor in the Department of Molecular and Cell Biology at the University of California, Berkeley, singled out California's "vibrant biotech and philanthropic environment that sustains one of the most robust research environments in the world."

The ceremony May 30 at Cedars-Sinai awarded 25 degrees, the largest number since the Cedars-Sinai Graduate School of Biomedical Sciences held its first commencement in 2013. Five doctoral and 20 master's degrees were awarded, bringing the total number of degrees awarded by the graduate school to 65.

Cedars-Sinai President and CEO Thomas M. Priselac told the graduates: "You are to be commended for your intellectual discipline, for making the personal sacrifices that come with this level of scholarship and for choosing a calling that will change many lives for the better."

In introducing Schekman, Shlomo Melmed, MB, ChB, executive vice president of Academic Affairs, dean of the medical faculty and professor of Medicine at Cedars-Sinai, called him "a global champion for the vitality and integrity of scientific publishing" who combined "true scholarship as well as responsible behavior."

During his address, Schekman outlined challenges to the scientific endeavor today. "In the new federal political environment, we face an administration determined to cut budgets and diminish the influence of science in public policy," he said. He also cited "a new skepticism, grounded in the politics of energy and commerce, challenging the consensus scientific view that our climate is influenced by human activity."

Despite these hurdles, Schekman said he believes Congress will continue to authorize substantial increases in National Institutes of Health funding in the years ahead, noting that "disease knows no political boundaries." He concluded by telling the graduates:

"We may sustain a temporary setback here in the U.S., but the march of progress fueled by the scientific method will advance and ultimately tackle our greatest challenges. These are the challenges and opportunities that you now face. So go for it!"

The Cedars-Sinai Graduate School of Biomedical Sciences was founded in 2007 and earned accreditation in 2012. The rigorous program combines basic scientific and medical understanding with an emphasis on research that is relevant to preventing, diagnosing and treating human diseases. The school is supported by a robust Department of Biomedical Sciences and a diverse faculty of physicians and investigators who provide world-class training in state-of-the-art laboratories.