A Brown Bear, Comic Book and Scientific Honor From France 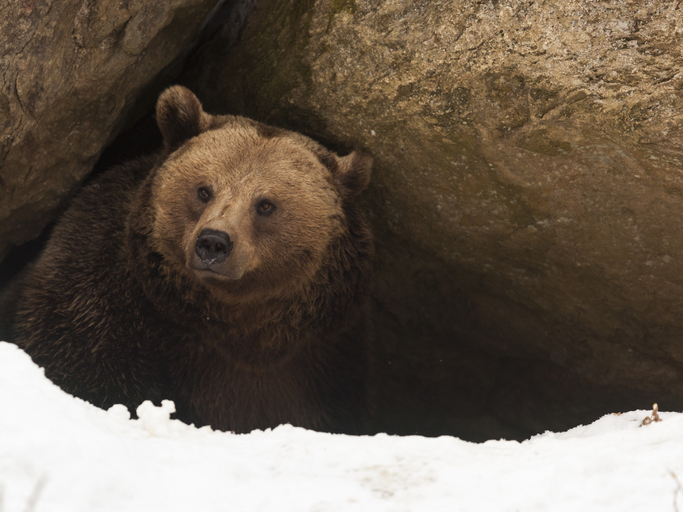 A Cedars-Sinai researcher wrote her doctoral thesis about the physiology of hibernating brown bears and their ability to protect muscle mass. Photo by Getty.

Smidt Heart Institute Researcher Takes Her Past Research to the French Masses, Encourages Science for Everyone

Smidt Heart Institute researcher Blandine Chazarin, PhD, a French native, has an important message: “Science is for everyone.” And to prove it, Chazarin collaborated with other scientists to create a comic story about her research that won top honors from a group of French organizations.

Now, Chazarin's story is part of a larger comic book being circulated throughout France in coordination with the country’s science fair, happening now through Oct. 12.

“As a researcher, no one teaches you to talk about your science in ways others can understand or relate to,” said Chazarin, a member of the Van Eyk Laboratory in the Smidt Heart Institute. “It’s our work as scientists to communicate as non-scientists, and this comic book is just one way to do that.”

Chazarin’s comic, “Go to Mars? Never Without My Bear,” is one of 10 featured in the book Science in Bubbles: Planet Nature, which is launching at France’s annual science fair, Fête de la science. Chazarin beat out dozens of other submissions to be included in the book, which is intended for all audiences from different backgrounds, in particular, young people. It’s being distributed to French-based booksellers, public libraries, middle and high school documentation and information centers, and university libraries.

The premise of Chazarin’s comic is based on her postdoctoral thesis trying to understand the physiology of hibernating brown bears and their ability to protect muscle mass.

“Throughout a brown bear's hibernation, they do not move, eat or drink,” said Chazarin. “However, they lose little muscle during this time period, which is incredible.”

Incredible, says Chazarin, because humans lose muscle at a much more rapid rate. And if humans lose even a small proportion of their muscle 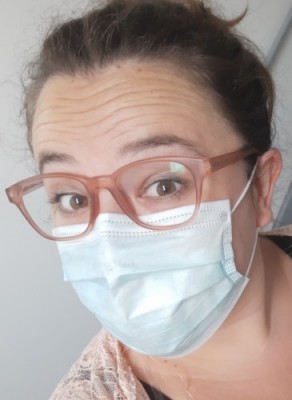 mass, they can experience a multitude of health issues. By understanding the “why” behind a bear's ability to preserve muscle mass – specifically, how their proteins are regulated – Chazarin hoped to present new therapies to combat human muscle loss.

“Who knew looking to a brown bear could help humans preserve muscle mass,” said Chazarin. “It’s yet another way to highlight how relatable and exciting scientific research is – you just have to be curious.”

To further her efforts of engaging others in the field of science, Chazarin is doing an Instagram takeover today, Oct. 6, posting on behalf of the French Minister of Higher Education, Research and Innovation. Cedars-Sinai’s Instagram page will share several of her posts featuring science techniques and tools used in her lab.

“Through both the comic book and social media efforts, my goal is simple,” said Chazarin. “I want people to know science is for everyone, not just scientists.”

A Brown Bear, Comic Book and Scientific Honor From France