Mike Peck can run a marathon in just under 5 hours and competed in a triathlon. He has a black belt in mixed martial arts. He's learned to love endurance sports.

In many ways, life is an endurance sport for Mike. He's a special education teacher for middle schoolers, a father of 2, and he's had 5 heart surgeries. He was born with a heart defect, and his first surgery was when he was just 3 months old.

"When you're born with a heart condition, you're a patient for life."

"I'm approaching my 35th birthday, and I can say wholeheartedly—no pun intended—I'm able to do all the things I always wanted to do," says Peck, who lives in San Diego.

He was born with a congenital heart condition known as tetralogy of Fallot. His heart had 4 structural defects that prevented it from pumping enough oxygen into his bloodstream. He had additional open-heart surgeries at age 2, 6 and 15.

In 2016, Mike's pulmonary valve started to wear out. Unlike when he was a teenager, the valve could be replaced without open-heart surgery. He had a transcatheter valve replacement at the Smidt Heart Institute, which allowed his surgeon to place the new valve using a long, flexible tube threaded through an artery.

In Discoveries: Matters of the Heart: Evan Zahn, MD

"Mike is both typical of the patients we treat, and really inspirational," said Evan Zahn, MD, director of the Congenital Heart Program. "He's typical in the sense he had 4 open-heart surgeries over the course of his life, which was unfortunately the norm before the latest innovations. He's inspirational because here's a guy who has been through so much, is highly educated and an accomplished athlete."

He didn't start out as a jock. He played soccer as a kid, or as he calls it "herd ball"—more like kids chasing a ball than playing a game. He started playing basketball in middle school, and his team made it as far as the county championships. Because of his heart condition, he couldn't play the mandatory number of minutes required by each player, and his team was disqualified.

That soured him on sports until he met his wife Jen. She played soccer through college, has run more than 10 marathons and competed in Ironman triathlons.

"That's her normal, and it certainly wasn't mine," he says. "Endurance athletics isn't just about the physical demands. It's pushing yourself mentally as well, and that's made a difference every day." 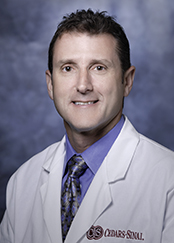 He teaches at the same middle school where he was a student who attended special-education classes. He says it's part teaching, and part being a life coach.

"I don't wear my heart issue out loud all the time," he says. "When it needs to be said, or it does come up in conversation, it helps the kids and parents see where I'm coming from. I know the up and down feelings."

He shares his story with other heart patients, as well, offering to be a "heart mentor" to other patients, reaching out through his website and through speaking engagements. He recently published a memoir he hopes will reassure other patients and their families dealing with heart issues.

The short version of what he's learned on his journey so far:

"When you're born with a heart condition, you're a patient for life," he says. "I hope it gives a voice to those kids in the hospital who can't speak for themselves because they're too young or too sick. I want to let family members and parents know that it's going to be OK."