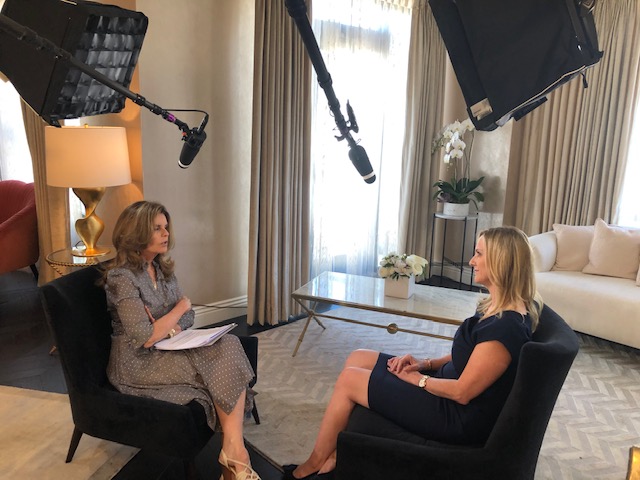 As detailed by Shriver, a recent study of 45,000 women found more than half reported going to their OB/GYN for all of their healthcare needs, with less than six percent of them seeing a primary care physician.

“A well-woman check-up really should encompass a regular gynecology check-up and an internal medicine backbone, which is really your well-woman examine that’s expanded (beyond) the bikini area,” Shufelt told Shriver.

The American College of Obstetricians and Gynecologists also suggests women receive an annual well-woman exam with other specialists in addition to a check up with their gynecologist. These well-rounded exams can check for things like heart disease, cognitive and mental health, risk of diabetes and cancer, obesity and nutrition, bone density and vaccinations.

The interview also discussed gender bias in medicine and how women should be on alert for it in their own doctor’s office.

“I think the way women are being viewed and how they’re symptoms are being viewed are changing,” said Shufelt. “There’s a lot to learn about gender and sex differences on how we present ourselves, even to the doctor, and even the diagnostic tools we used for – let’s say – heart health, symptoms we know are different.”

In a second episode focused on what women should know about menopause, Shriver speaks to Shufelt to clear up the common misconceptions about menopause, including information women in their 40s should be aware of.

Symptoms of perimenopause, which can begin up to seven years before menopause, vary from woman to woman, but often include night sweats, hot flashes, disrupted sleep, brain fog, fatigue, irritability, depression and weight gain.

Once you enter menopause, risk factors for heart disease – like blood pressure and cholesterol – can increase due to hormone changes. Many turn to hormone therapy for relief.

Click here to watch more from the Today Show, including the segment on gender differences in medicine and the episode on what every woman should know about menopause.

Read more on the Cedars-Sinai Blog: Women’s Health: A Revolution in Research and Care