The Minister brothers, Larry, Drew, and Justin, have a lot in common, including their love of the outdoors and a family passion for off-roading in the Nevada desert. But what really fuels the brothers' devotion to each other is their shared diagnoses of Charcot-Marie-Tooth disease, also known as CMT.

The genetic disease, affecting 1 out of 2,500 people, damages the nerves in the legs, hands, arms and, most commonly, the feet — typically presenting with an abnormally high arch.

"CMT is the most common rare disease," said Glenn Pfeffer, MD, orthopaedic surgeon and director of the Foot and Ankle Center at Cedars-Sinai. "It is often impossible to tell there is anything wrong with CMT patients until they try to walk."

Cedars-Sinai is among a handful of nationally recognized Charcot-Marie-Tooth programs in the country. According to Pfeffer, the surgery required is very complex and one of the most involved surgeries in orthopaedics.

"I've had 10 or 11 surgeries total," said Larry, 17. "I wasn't really super excited about it [surgery] because there were people my age who were going out and playing sports and stuff and I was having surgery." 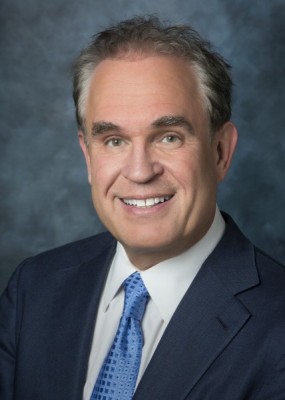 Justin, 12, is using his experiences as inspiration for a future in the medical field. "When I grow up, I want to be an anesthesiologist so I can help people go through the things that I did," he said.

Their dad, Larry senior, says all his sons have a great outlook on life.

"It's just not easy things that these kids have gone through," said Larry senior. "And yet they just keep smiling and going forward. There's something special about them."

Charcot-Marie-Tooth, named after the three doctors who first identified the disease in 1886, is one of the most common types of inherited nerve diseases.

Pfeffer, a magician member at the Magic Castle, has performed foot surgery on two of the brothers and has high hopes that all three will be able to walk without braces on their feet and be back to their off-roading adventures in the near future.

"The same exact look that I would get from an audience when I pulled the dove out from a hat, or pushed a coin through a solid table – that astonishment is the same that people get on their faces when they look at their new foot for the first time after surgery,” he said. “It's just magic."

How to Keep Young Athletes Competitive During COVID-19

Many parents and school-age athletes worry that when the pandemic ends and high school athletics and youth-club sports come back, young athletes will have a hard time returning to their winning form. But the pandemic doesn't have to put young …
Read more
Share this release (opens in dialog)