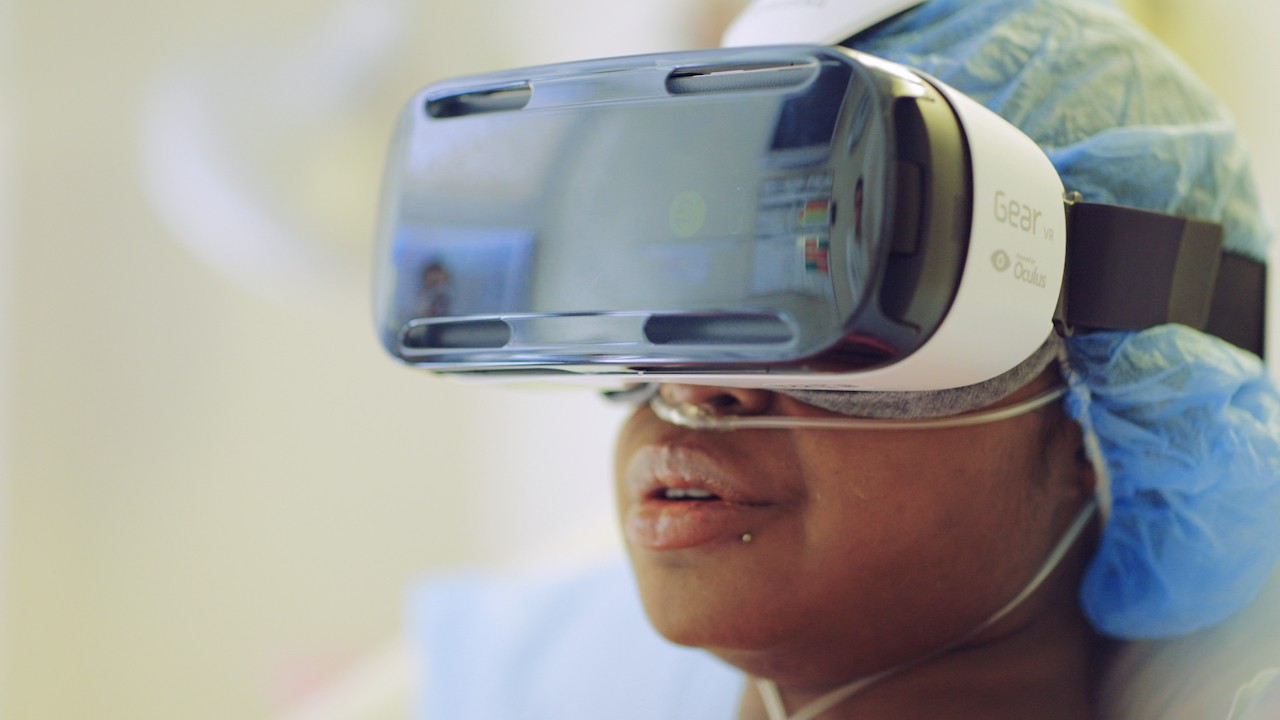 Cedars-Sinai investigators run one of the largest academic medical initiatives studying whether virtual reality is a viable treatment option for patients. Photo by Cedars-Sinai.

Using a virtual reality (VR) headset to show a patient immersive video content can distract them from their pain because "people can’t live in two realities at once," Spiegel told New York Times reporter Helen Ouyang. He runs one of the largest academic medical initiatives studying whether VR is a viable treatment option, and his team creates a variety of VR scenarios that engage the viewer while calming their nervous system.

"The beauty of doing everything here is that I can very quickly change things with patient feedback," Liran told Ouyang.

The doctors demonstrated the technology during an appointment with patient Julia Monterroso, who suffers from intense pain in her lower abdomen that worsened after back surgery. When tests failed to identify the problem, she turned to Spiegel.

During Monterroso's visit, Spiegel placed her in different VR scenarios. In one segment, she gazed at giant trees as tears fell down her face. Monterroso said she felt like she was with her son, who passed away last summer. Next, Monterroso visited a virtual clinic designed for patients with chronic gastrointestinal issues. She placed a stethoscope on the abdomen of a virtual patient and listened to the sounds of digestion. An artificial intelligence assistant explained how the gut and brain work together.

Monterroso said the VR therapy helped relieve her pain. "I’ve tried breathing exercises before, but this is much more relaxing. I don’t have pain in my stomach now," she told Ouyang.

Spiegel said Monterroso’s amygdala—the part of the brain that processes emotions—was "on fire" during her treatment. "What we saw today with Julia was like a 'cyberdelic,' as if she took psilocybin. She had explosive insights into how to modify her own life," Spiegel told Ouyang.

Click here to read the complete article from The New York Times.