Teen Vaping is on the Rise 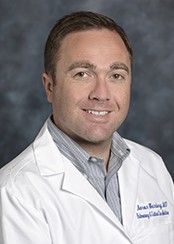 A Cedars-Sinai lung specialist is speaking out to encourage parents and teens to snuff out vaping.

“Anytime you inhale something harmful into your lungs, it travels to the small airways and air sacks causing inflammation and damage to the lungs. The chemicals also get absorbed into your bloodstream and travel to your organs, potentially causing lasting damage,” said  Aaron S. Weinberg, MD, a pulmonary and critical care specialist at Cedars-Sinai. “People are putting significant amounts of highly addictive nicotine into their systems, higher levels than even cigarettes.”

Throughout the U.S., the number of vaping-related lung illnesses and deaths continues to climb, with the Centers for Disease Control and Prevention (CDC) reporting nearly 1,500 lung injury cases and more than 30 deaths so far in 2019.

While adults still account for most vaping-related illnesses and deaths, teenagers report using electronic cigarettes more than ever. According to a survey recently published in The New England Journal of Medicine, 25% of high school seniors say they use e-cigarettes containing nicotine. Among 10th-graders, 20% admit to vaping.

Some grim facts from the CDC bear out those numbers: The youngest lung injury patient was 13 and the youngest to die was a 17-year-old boy from New York.

A special CDC report on the risks of e-cigarettes for kids, teens and young adults identifies nicotine as a harmful drug affecting the developing brain until about age 25. It can also damage the part of the brain that controls learning, mood, attention and impulse control. Teenagers, like adult vapers, face the same risk for serious illness and even death.

"We don't know all the risk factors that can lead from someone going from just some minor symptoms to ending up on a ventilator in the intensive care unit fighting for their life," said Weinberg. "And as with tobacco smoking, it may take decades to identify the long-term effects."

The threat vaping poses to the health of young people has galvanized communities across the nation. But at a rally in Los Angeles before county officials voted to ban flavored e-cigarettes, young people both supported and opposed the crackdown.

"The companies say they are targeting adults, but they are actually targeting kids," said Migdalia Hatum, a high school student supporting the move to ban enticing taste additives to the nicotine laced "e-juice," which is vaporized and inhaled. "They have flavors like sour candy, bubble gum and watermelon. These are flavors kids are going to want to try more than adults."

Others protesting any proposed bans on e-cigarettes say the lung sickness spreading among some vapers has politicians blaming the wrong culprit.

"Flavors give them a healthy alternative to smoking cigarettes. It's not flavors that are causing the problem with kids. It's the black market for illegal THC cartridges and other substances added to the product that is hurting kids," said Cara Yinger, who works for a vaping distribution company.

While THC—the psychoactive chemical in marijuana—has been associated with most of the vaping-related lung illnesses, public health officials say they are still investigating the exact cause of the sudden rise in sickness and death.

"We don't know enough about what is causing these illnesses to know if it is the flavored derivatives they are putting in, marijuana or whether it is other chemicals," said Weinberg.

"But we do know that vaping is not a safe alternative to smoking. This is a dangerous device. And we need to help patients stop using it," said Weinberg.

Read more on the Cedars-Sinai Blog: Recognizing and Coping with Teen Depression

The Pulmonary Fibrosis Foundation has named Cedars-Sinai part of its Care Center Network, a group of medical centers that have demonstrated expertise in treating and supporting people with this deadly disease. “Our inclusion in this network is a …
Read more

Teen Vaping is on the Rise