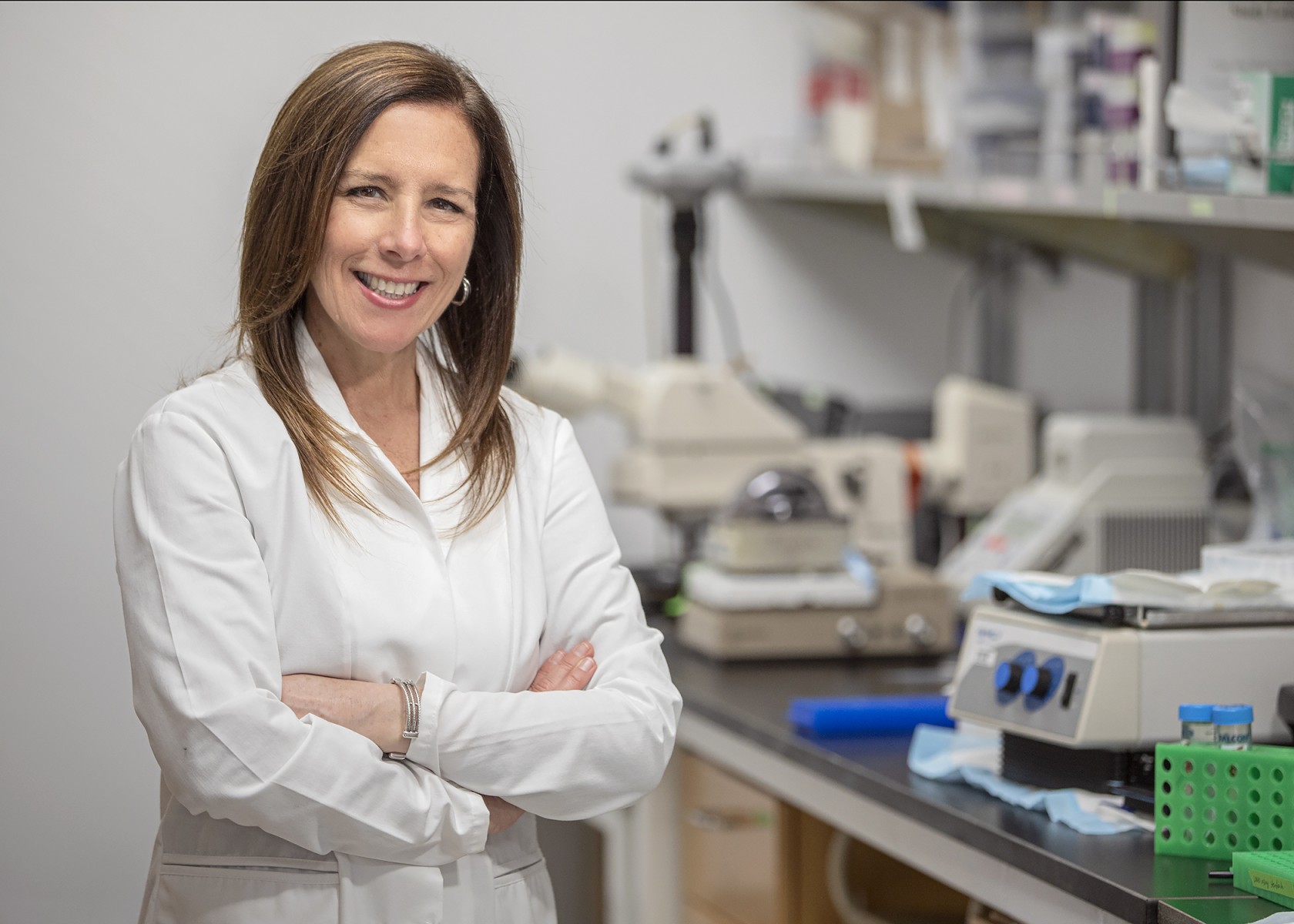 Margareta Pisarska, MD, is an expert in reproductive biology and placentation, including the impact of genetics and epigenetics on placental function for optimal healthy outcomes. Photo by Cedars-Sinai.

Researchers from Cedars-Sinai and UCLA have developed a new way to detect a potentially life-threatening condition that can occur during pregnancy.

The condition, placenta accreta spectrum disorder, occurs when the placenta grows too deeply into the uterine wall and fails to detach from the uterus after childbirth. It can lead to significant blood loss during pregnancy and delivery, requiring blood transfusions and intensive care, and it can result in serious illness and infection and can even be fatal for the mother. The condition occurs in less than 0.5% of pregnancies.

Currently, placenta accreta spectrum disorder is diagnosed by ultrasound in combination with an assessment of a mother’s pregnancy history. For example, a previous cesarean birth and a history of placenta previa, a condition in which the placenta covers the birth canal, can indicate a heightened risk. But those factors alone are usually not reliable enough to detect cases other than the most severe ones.

The new blood test can be performed as early as the first trimester of pregnancy, which allows for early referrals to doctors who specialize in high-risk pregnancies. In tests with more than 100 women, the blood test was 79% accurate in confirming the presence of placenta accreta and 93% accurate in ruling it out with a negative result.

A paper detailing the new method is published today in Nature Communications.

Margareta Pisarska, MD, professor of obstetrics and gynecology at Cedars-Sinai, said the research team’s multidisciplinary approach was key to the study’s success.

“The efficacy of this test, and the strength of our work comes from bringing together experts from many disciplines, including obstetrics, nanotechnology, pathology, engineering, chemistry, microfluidics and biostatistics,” said Pisarska, a co-senior author of the study. “The diversity in our team allowed us to create an innovative solution to improving maternal and neonatal outcomes.”

Pisarska is a renowned expert in reproductive biology and placentation, including the impact of genetics and epigenetics on placental function for optimal healthy outcomes.

“Early and precise detection of this very high-risk obstetrical problem can greatly improve outcomes for both the mother and baby,” said Yalda Afshar, MD, PhD, assistant professor of obstetrics and gynecology at the David Geffen School of Medicine at UCLA, and first co-author of the study. “With the unreliability of the current screening methods for placenta accreta, we saw a pressing need to create an easy-to-implement screening that can be conducted early in the pregnancy in all healthcare settings regardless of resources available to patients.”

The new approach uses a technology called the NanoVelcro Chip, which has been developed over the past 15 years by Yazhen Zhu, MD, PhD, and Hsian-Rong Tseng, PhD, UCLA professors of molecular and medical pharmacology. Originally created to detect tumor cells in people with cancer, the chip is a postage stamp–sized device with nanowires that are 1,000 times thinner than a human hair and coated with antibodies that can recognize specific cells.

For the new study, the researchers adapted the chip so that it could detect placenta cells in the mother’s blood that are linked to placenta accreta spectrum disorder. Those cells, called trophoblasts, appear in the first few days of pregnancy. When a blood sample is tested using the chip, trophoblasts stick to the chip and can be detected under a microscope. An abnormally high count of trophoblasts or a trophoblast cluster in the blood indicates an elevated risk for placenta accreta disorder.

“Seeing a trophoblast cluster for the first time was like seeing glistening pearls,” said Zhu, one of the study’s senior authors. “When we saw the cells on the microscope, it felt like we had a direct view into the placenta in the developing pregnancy.”

The researchers are exploring ways to refine the test to improve its accuracy and reliability.

Disclosures: Hsian-Rong Tseng would like to disclose that (i) he has a financial interest in CytoLumina Technologies Corp. and Pulsar Therapeutics Corp., and (ii) the UC Regents have licensed intellectual properties invented by him to CytoLumina and Pulsar.