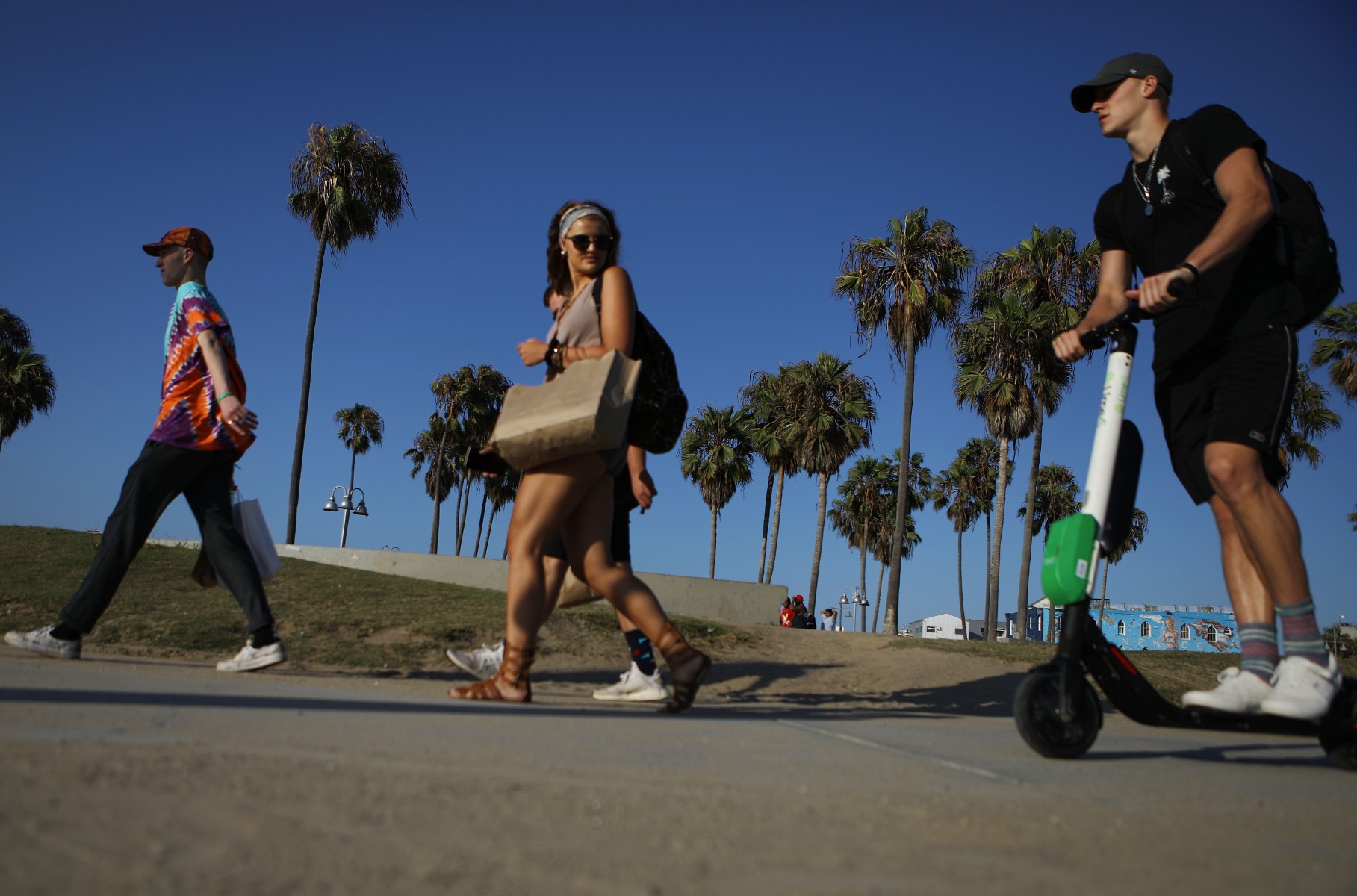 Electric scooters are popular, but can be dangerous. Photo by Getty Images.

Reporters from the Los Angeles Times, NBC News and KNX News Radio recently interviewed one of Cedars-Sinai’s top emergency medicine experts about the dangers posed by the trendy electric scooters for rent that are popping up in U.S. cities from coast to coast.

Although the scooters can be a fun and inexpensive transportation alternative, Sam Torbati, MD, co-chair of the Harry and Ruth Roman Emergency Department at Cedars-Sinai, has treated enough injured scooter riders to back up his belief that the scooters can pose dangers to the riders as well as pedestrians.

Torbati said that he has seen an increase in injuries associated with drivers falling off the alternative transportation, particularly broken arms, legs, shoulders and hips, not to mention head injuries.

Although one scooter company has distributed thousands of free helmets, most riders don’t wear helmets and flout the traffic laws that prohibit a scooter driver from doubling up by hauling a second rider. Local ordinances also require scooter drivers to be at least 18 years old and stay off sidewalks.

“This scooter is no different than a motorcycle scooter,” Torbati told popular Los Angeles Times columnist Robin Abcarian. “As a physician, I am very concerned about the public safety issues around people who ride without protective gear. I get particularly concerned when I see people with ear buds, carrying things while riding, and riding on the sidewalks.”