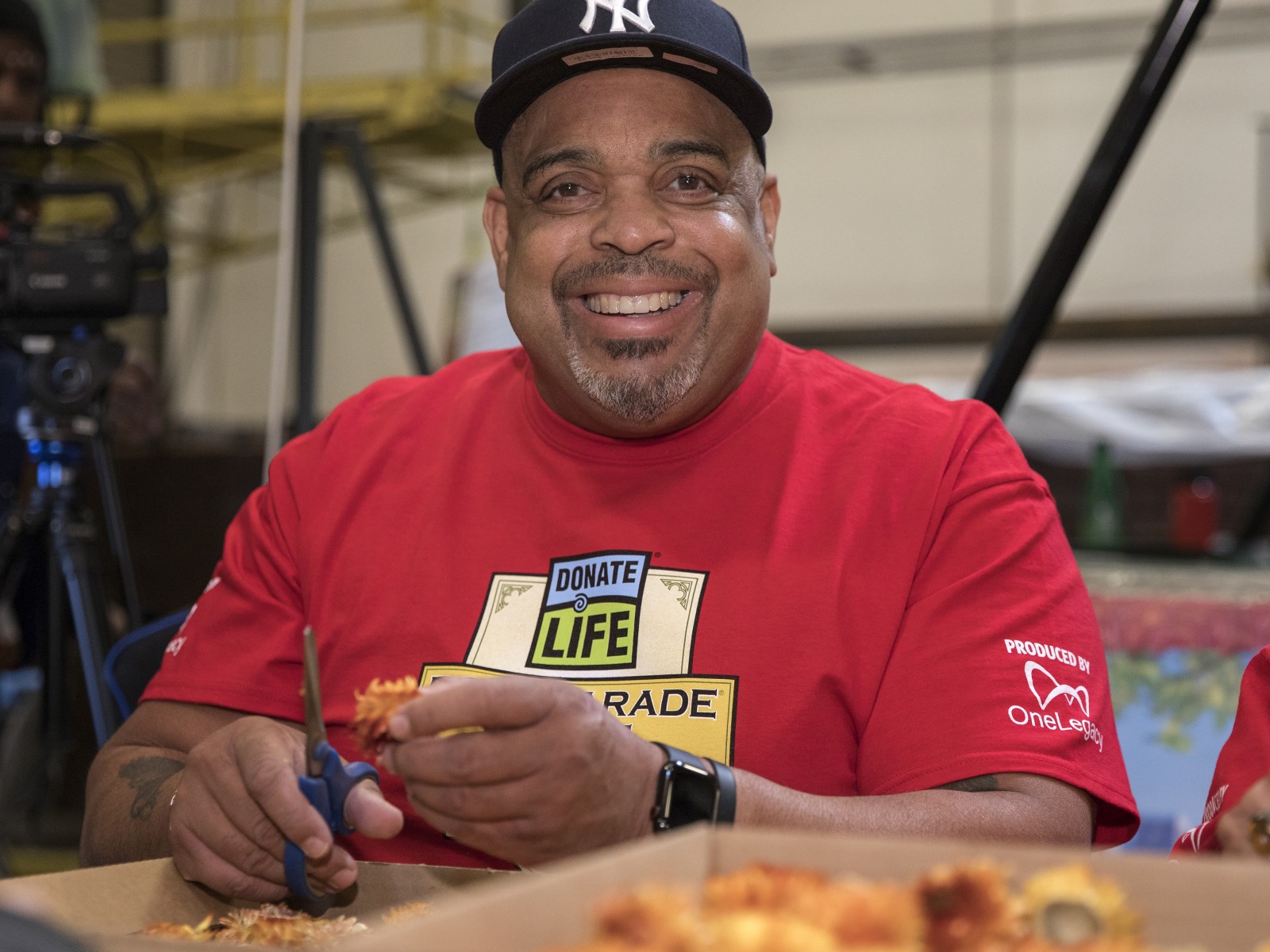 The Los Angeles Times recently interviewed Cedars-Sinai patient Robert Hill, PhD, about his journey from heart failure to health. The journey culminated in Hill representing Cedars-Sinai’s Comprehensive Transplant Center on the 2019 Donate Life float in the 2019 Tournament of Roses parade.

Just two years ago, Hill, dean of student services at the Glendale Community College, arrived in the Cedars-Sinai Emergency Department feeling ill with pains in his stomach. Hill told the Times that at the time, he was certain he would be treated and sent home.

Instead, Hill learned that his heart was failing and Hill needed a transplant. Hill remained at Cedars-Sinai for several months, where he ultimately received a new heart and kidney.

The Times story details Hill’s visit to the float’s construction site in Irwindale a few days before the parade. Unexpectedly, Hill told the Times, members of his donor’s family were also there, and Hill had an emotional meeting with them.

“I still don’t believe it,” Hill told the Times, adding that the donor’s mother sent him a letter soon after her son passed away and while Hill was recuperating from transplant surgery. The letter detailed the donor’s interests and activities.

Hill told the Los Angeles Times the meeting was particularly meaningful for him because the donor left behind a young daughter and Hill has seven daughters himself.

Hill told the Times he hopes to start an education fund for the donor’s little girl, according to hospital officials.

The Donate Life float won the Tournament of Roses award for Most Outstanding Float Design and Dramatic Impact.