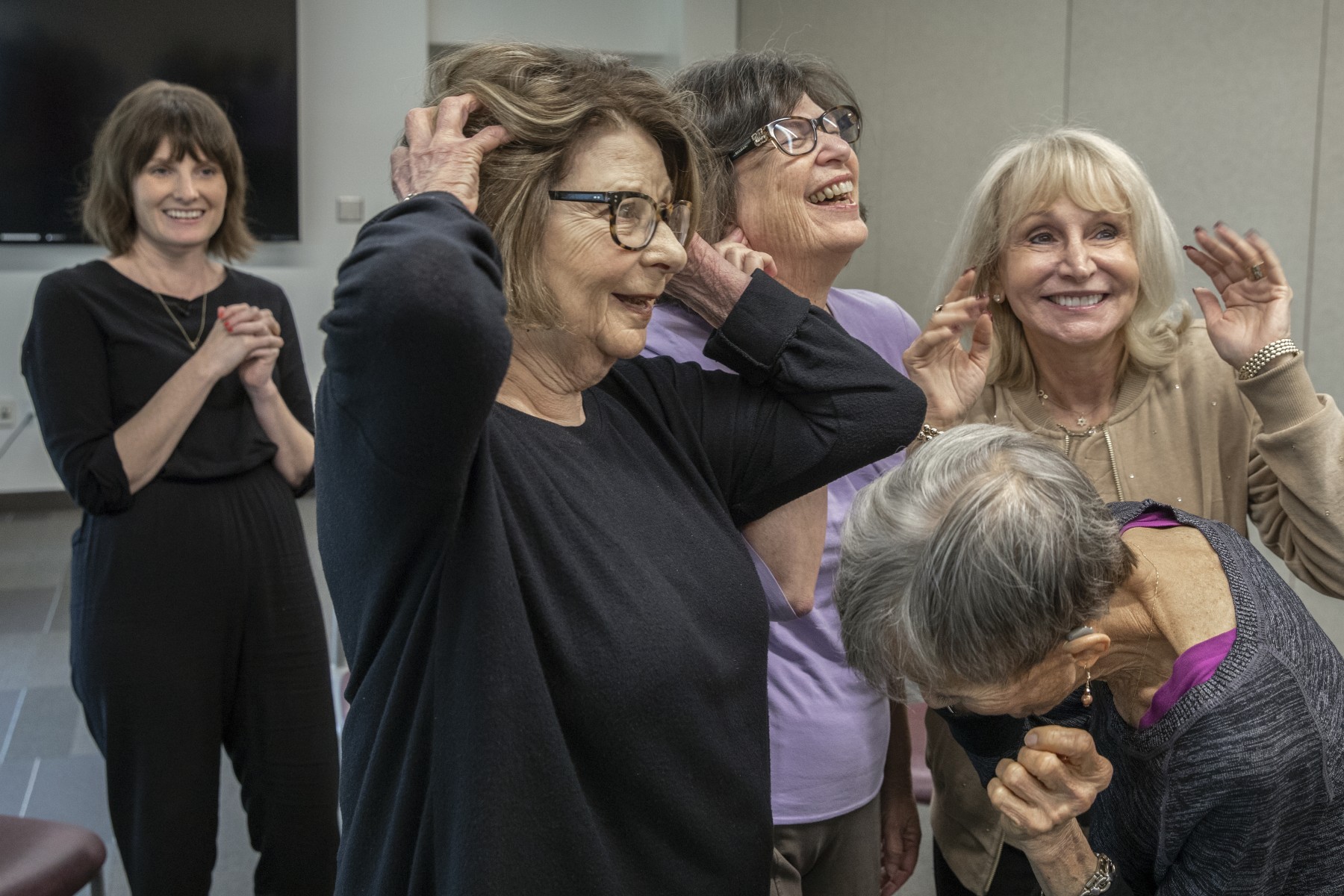 NBC News Channel recently interviewed Arash Asher, MD, director of Cancer Rehabilitation and Survivorship at Cedars-Sinai Cancer, about a new acting class that steers far away from Hollywood drama. Instead, it’s a course aimed at helping cancer survivors, not actors. And the healing method at center stage is improvisation.

Improvisation -- or improv for short -- is the art of acting out a skit without preparation or a script. Actors are given a brief description of what the scene they should improvise and each actor makes it up as they go along. And from what doctors have observed, the improv class is having a measurable, positive effect.

“Improv has made a big impact on depression, on anxiety, on well-being,” Asher told NBC News Channel. Asher recently was awarded a grant to continue studying the improv class' effect on patients. Asher has spearheaded several similar programs at Cedars-Sinai, including an exercise recovery program, gentle yoga for wellness, a young adult and teen lifestyle survivorship program and a six-week educational program that helps patients cope with the effects of “chemo brain.”

This newest course offered by Cedars-Sinai is led by comedian Shelly Gossman, a seasoned improv vet who was a leading member of Second City in Chicago, one of the nation's premier improv comedy troupes. Gossman also has writing credits at Saturday Night Live and A.P. Bio, among others. She told NBC News Channel that she initiated the course after facing cancer herself – twice.

“You don’t lose your sense of humanity, and wonder and laughter when you are sick,” Gossman told NBC News Channel. “But when people constantly come at you with, ‘oh no,’ it can feel like laughter is gone.”

So far, Gossman’s mission seems to be resonating with survivors.

“I didn’t want to be in a support group where we talked about our cancer,” said Cedars-Sinai patient and improv participant Janet Fox. “I wanted to be somewhere where we laughed and reduced our stress.”

“You have no idea where the scene is going, and you start speaking and all of a sudden you are alone – but you're not! The other person supports you,” Fox said.

KCRW: How Parents Are Trying to Keep Their Unvaccinated Kids Safe as Delta Variant Spreads
U.S. News & World Report: What Is POTS?
How Do Race, Ethnicity Affect Risk of Cardiac Arrest?
How to Talk With People Who Are Not Vaccinated Against COVID-19
KABC: What Do You Need to Know About the Epsilon Variant and Its Risks?
西达赛奈（Cedars-Sinai）在《美国新闻与世界报道》医院排行榜中名列美国第六