Los Angeles - Sept. 17, 2012 – Living every day with a life-changing illness is discouraging enough, but Maryam Hosseinzadeh is one of 400,000 people in the United States battling multiple sclerosis, a disorder that by changing the brain's makeup appears capable of generating the secondary ill of depression. 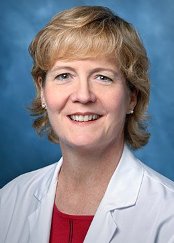 Hosseinzadeh credits medicines, immune-modulating therapy and the ongoing support of neurologist Nancy Sicotte, MD, for keeping the potentially debilitating symptoms of MS and depression from dominating her life.

In 2004, after bumping a wall while parking her car, Hosseinzadeh had her eyes checked for blurry vision. She also had noticed her right leg dragging for a couple of months, but hadn't paid much attention.

"When I went to see the doctors for my vision, they said, 'It's not blurry vision. You have double vision, and that's one of the symptoms of MS,'" said the 35-year-old West Los Angeles resident who spent nearly two weeks in a hospital undergoing tests before the diagnosis was confirmed.

Hossienzadeh first was treated with high-dose steroids, which improved her vision. "But I still had problems walking. I was wobbly, and I couldn't control my balance. I had to use a crutch, then a walker, and I ended up in a wheelchair. In one year, 2005, I was hospitalized six times, each time for two weeks. My symptoms worsened every two months," she said, adding that a nine-month series of chemotherapy treatments finally began to ease her woes.

Now, taking a daily injection of a drug and a monthly infusion of immunoglobulin to boost her immune system and energy, she can hike and do yoga, but skiing, one of her favorite pastimes, remains out of reach.

"I was on other medications before, but the combination of chemotherapy, Copaxone and IVIG (intravenous immunoglobulin) changed everything," said Hosseinzadeh, who, like many patients with MS, battles a recurring cycle of depression: Having to deal with the physical, financial and emotional aspects of the disease is difficult, but becoming depressed makes the disease's symptoms worse.

"If you can cut out the stress and depression, you can deal with the MS better," Hosseinzadeh said.

But managing depression is not easy, especially because mood alteration appears to be a central part of the disease, Sicotte said.

"Depression in various forms is common during the course of MS and can have a major impact on quality of life, thought processes and long-term health," commented Sicotte, a member of the Department of Neurology who directs the Neurology Residency Training Program.

In previous studies, Sicotte, an expert on imaging techniques, found evidence of tissue loss in an area of the brain called the hippocampus, important in memory processes. The MS Society grant will support research with advanced magnetic resonance imaging technology to look for correlations between shrinkage of subregions of this structure, levels of the stress hormone cortisol in the blood and degree of depression.

Standard MRI scans show regions of myelin damage in the "white matter" of the brain, where many nerve fibers are found. But MRI scans reveal less information about nerve cells in the "gray matter," such as the hippocampus. The researchers are comparing a labor-intensive manual analysis of MRI images with a new automated technique and correlating changes in MRI images with clinical information.

Hosseinzadeh, who is not a participant in Sicotte's research studies, said the mere mention of MS can chill friendships and relationships because "some people freak out." She is determined to lead her life as normally as possible, even if that means using hiking sticks to resume her outdoor treks, or, in her younger days, employing a walker to go to clubs.

"I was positive that I was going to get better, but I had times that I couldn't stop crying; I was crawling on the ground. It was hard," Hosseinzadeh said. "Depression comes and goes, depending on your lifestyle. I'm feeling good now because I'm working at a place that I love in the field that I love. I'm in a good mood and in a good position. But when I'm stressed with financial stuff, insurance problems or having trouble getting medications – which happens all the time – it makes you frustrated. There are ups and downs, and I think depression is a major thing that happens when you have MS."