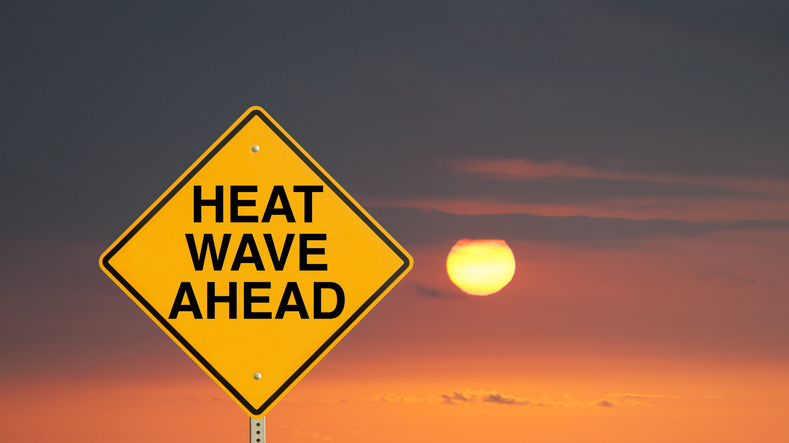 Extreme heat kills more than 600 people in the United States each year. Photo by Getty.

Good Morning America recently interviewed Sam Torbati, MD, medical director of the Ruth and Harry Roman Emergency Department at Cedars-Sinai, about heat-related injuries after a 16-year-old basketball player died in Georgia while at a conditioning practice outside in 106-degree heat.

In the segment, Good Morning America reporter Matt Gutman said there are no national laws regulating the number of breaks or access to water during high school athletic events, so parents and coaches need to be extra vigilant about outdoor activities in high temperatures.

According to the Centers for Disease Control and Prevention, extreme heat kills more than 600 people in the United States each year. Both heat exhaustion and heatstroke are medical emergencies.

Symptoms of heat exhaustion include nausea, lightheadedness and dizziness. If left untreated, it can lead to heat stroke, where the body can reach 103 degrees.

Patients with heat stroke symptoms must first get out of the heat and into a cool environment, Torbati told Good Morning America.

Then, “if they’re having severe symptoms, especially confusion, disorientation or dizziness, 9-1-1 needs to be activated,” said Torbati.

In a separate story by Cedars-Sinai, Torbati says those most at risk of heat stroke and heat exhaustion are young children and senior citizens, and those with chronic illness whose bodies lack the ability to perspire.

“Children under four don’t have the ability to sweat enough and without perspiration, your body heat doesn’t evaporate away heat,” Torbati said. “The elderly have similar problems.”

Seniors are especially vulnerable if they have chronic health conditions such as diabetes and high blood pressure or if they are on certain medications–such as diuretics, antihistamines, beta blockers and some anti-psychotic medications–that can interfere with the body’s ability to regulate body temperature.

Read more on the Cedars-Sinai blog: Heatstroke and Heat Exhaustion: What You Need to Know