Anyone who sees Colin Clark, 57, running, cycling or swimming around the Big Island of Hawaii, likely notices his athleticism and the smile permanently adorning his face.

There is no noticeable hint of Clark's recent history: Just one year ago, Clark was diagnosed with stage 4 glioblastoma at Cedars-Sinai.

“We are all terminal, but a brain cancer diagnosis puts it at you like a brick wall,” said Clark, a Scottish native who now calls Hawaii home. “The diagnosis came at us so fast.”

In the weeks leading up to his diagnosis, Clark–a former executive in the hospitality industry–noticed a few minor oddities, like the shaking of his left hand while typing or the same hand slipping off a table. But he chalked it up to his active lifestyle and continued working full time and exercising. But one evening after competing in a local triathlon, Clark had a seizure. His wife, Natascha, called 911.

Over the next few days, doctors on both the Big Island of Hawaii and specialists on the island of Oahu examined Clark and shared their suspicion: brain cancer. But Clark's medical needs were too great for the local care they could offer, so he was referred to an expert team at Cedars-Sinai led by renowned surgeon Keith Black, MD, professor and chair of the Department of Neurosurgery.

Within a week, Clark was at Cedars-Sinai and undergoing a biopsy.

“We had to tell Colin, his wife and their daughter, Nadja, the unfortunate news that yes, he did indeed have 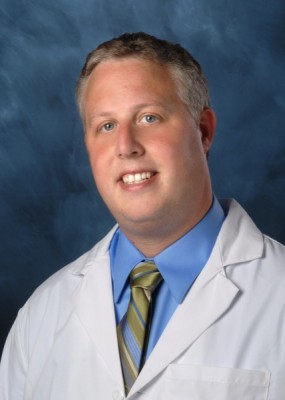 brain cancer and surgical removal of the tumor was not an option,” said Jeremy Rudnick, MD, director of neuro-oncology in the Department of Neurosurgery and member of the Samuel Oschin Cancer Center at Cedars-Sinai, as well as one of Colin’s multidisciplinary team members. “But, as we do for all our patients, we assured Colin we would pull out all of our heavy artillery and focus on preserving his quality of life. In his case, our goal was getting him back in his running shoes, into the ocean to swim and onto his bicycle for long rides.”

For Clark, quality of life also meant not burdening his family with his declining health.

“When I first learned I had terminal cancer, I contemplated forgoing treatment and opting-in to end-of-life options,” said Clark. “The last thing I wanted was for my wife of 26 years or my 25-year-old daughter to take care of me while I lay in bed sick and dying.”

But after meeting and forging a relationship with Rudnick and Black, Clark shifted his mindset.

“I made a choice to use what time I had left to exploit boundaries and build communities,” said Clark. “For me, this means encouraging and inspiring other patients to give life everything they have.”

Clark's treatment involved six weeks of chemotherapy and radiation. Two surgeries to lessen the pressure on his brain meant Clark relied on a wheelchair and had extremely limited mobility. He then began three weeks of rehabilitation to improve his cognitive and physical mobility, arriving at an inpatient rehabilitation facility in an ambulance and on a stretcher.

“Colin, like many other patients, was referred to our program because his home state had less of the expertise required to treat the most advanced conditions like brain cancer,” said Black, a world-renowned neurosurgeon and researcher. “Together with our experienced care teams, we offer hope and healing for some of the toughest diseases.”

The Departments of Neurology and Neurosurgery at Cedars-Sinai treat more than 150 complex neurological disorders and conduct research that brings new options, treatments and procedures directly to patients and their caregivers.

“I was wheeled into rehabilitation, but when I left three weeks later, I walked out of the facility,” said Clark. “Slowly, but I walked out on my own. This diagnosis has taught me that it’s better to start small and do something at 70%, than never try because you cannot do 100% right away.”

That's not a mere motto for Clark, but rather a lived-out practice he prioritizes each day.

“Natascha and I set goals each night for the following day,” said Clark. “Even if it’s something small–like getting my T-shirt or socks on by myself–we put our energy and effort behind it.”

According to Rudnick, Clark’s tenacity is paying off.

“Colin went from bed-bound to participating in 5K races,” said Rudnick. “His spirit is remarkable, and his grit is undeniable.”

Today, between his oral and intravenous chemotherapy regimen, Clark celebrates his life by running and participating in triathlons, Ironman 70.3 events and dozens of 5K and 10K races. He also dedicates time to speaking with other people facing similar diagnoses and rallying behind his community however he can.

“My father would quite literally give a man the shoes off his feet and the shirt off his back,” said Clark’s daughter, Nadja. “I have seen him do it countless times throughout my life. His diagnosis has merely exemplified the positive, supportive and humble qualities he has radiated all of his life.”

And while Clark is the first to admit there have been trying moments this past year, he says his diagnosis has also brought many moments of joy, laughter and fun, and allowed for his family to spend time together in new and refreshing ways.

“One year ago, I was given a shocking diagnosis,” said Clark. “Today, with my family, community and Cedars-Sinai team by my side, I am back to exercising and extremely grateful to be alive.”

Read more from the Cedars-Sinai Blog: Eyes on the Brain