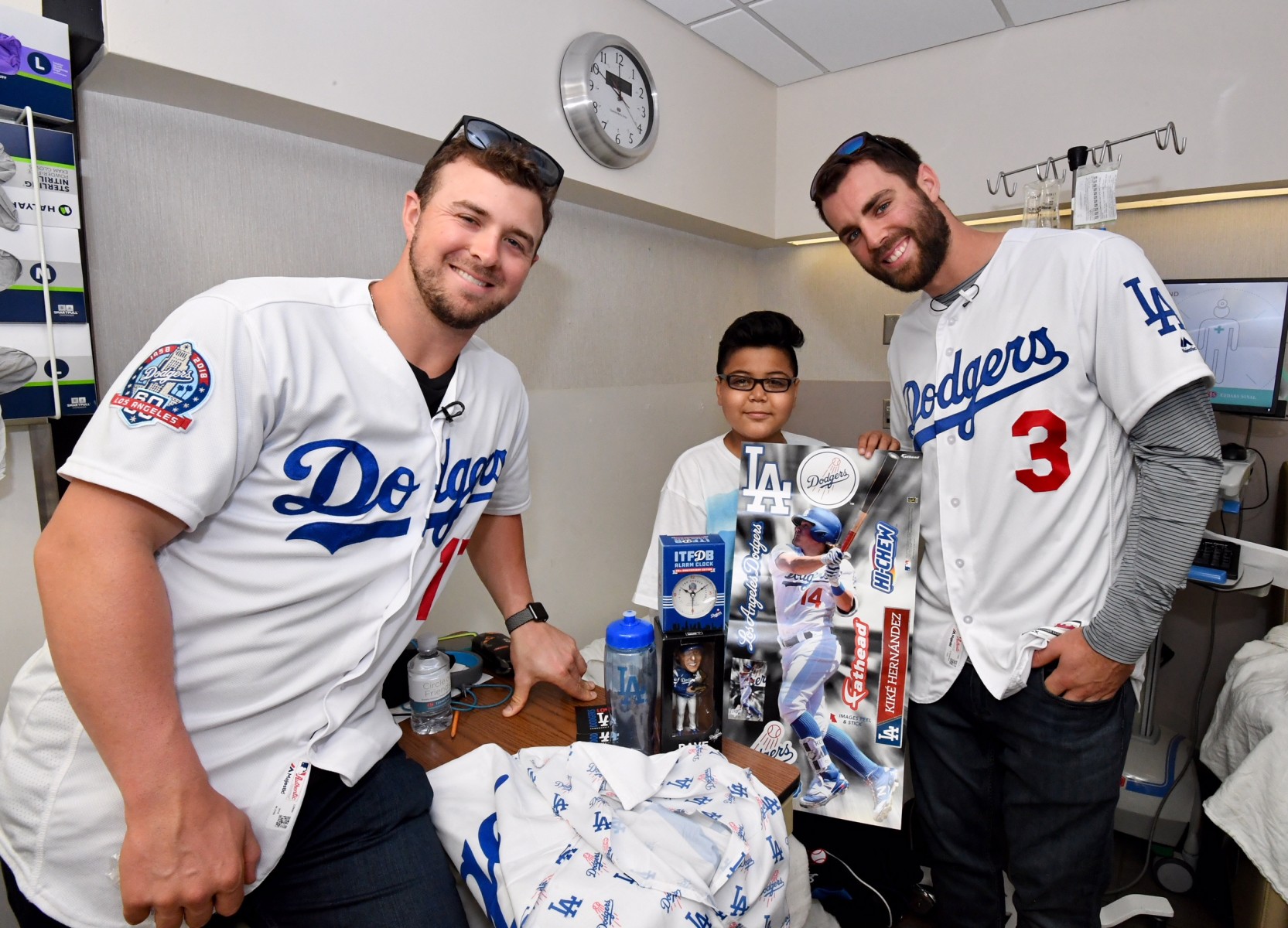 Fox 11 sports anchor Pablo Alsina covered Los Angeles Dodgers Chris Taylor and Kyle Farmer when they visited pediatric and cancer patients at Cedars-Sinai. During the duo's nearly two-hour visit on May 10, the players handed out Dodger duffle-bags filled with gifts, posed for selfies, signed autographs and chatted with patients young and old.

Tytan Jones, a cancer patient, was spending his 12th birthday in the hospital to receive an infusion of chemotherapy. But his face lit up when Taylor and Farmer sang “Happy Birthday” to him and gifted him with Dodgers souvenirs.

Alsina joined the celebration by handing over his microphone to Tytan and letting him conduct a mock interview with the pros. “I was surprised, I wasn’t expecting that,” Tytan told FoxSports. “If I play baseball again, I want people like them to be my coaches.”

Farmer was clearly touched by Tytan’s enthusiasm, telling Alsina that visiting patients "means everything. These kids are fighting.”

Farmer also gave a shout-out to Cedars-Sinai’s nurses, noting that the players’ visit coincided with Nurses Week. “We really appreciate what they do," Farmer told FoxSports.

The ballplayers were headed to Dodger stadium for a game against the Cincinnati Reds that afternoon, but Chris Taylor told FoxSports that spending time with the medical center's patients puts life into perspective.

"It's a grind going out there every day, playing the game," said Taylor. "But coming here and meeting these kids -- there's so much more to life than just a baseball game.”