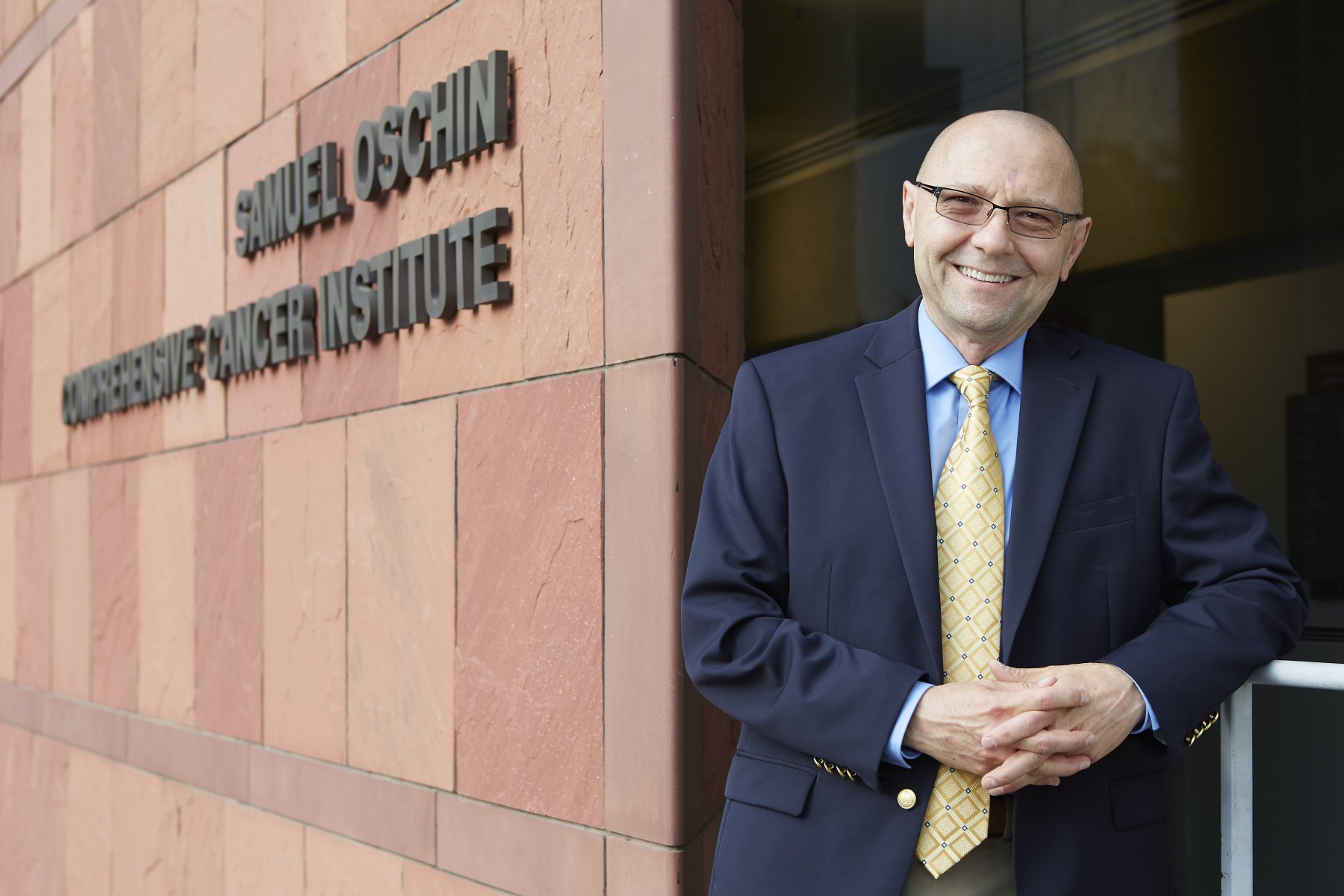 Dan Theodorescu, MD, PhD, director of Cedars-Sinai Cancer and Phase ONE Foundation Distinguished Chair in Oncology, was introduced as a new member of the Association of American Physicians (AAP) at the group's annual meeting in Chicago on April 6.

The Association, founded in the late 1800s, is an honorific, elected society of America's leading physician-scientists who, according to the group's website, exemplify the pinnacle of pioneering, enduring and impactful contributions to improve health.

Theodorescu's election to the association reflects his exceptional contributions to advancing medical knowledge through research and translating it to clinical care.

"I'm honored and humbled to be elected to the AAP, a society whose membership includes many of my career role models,” Theodorescu said.

Theodorescu, a prominent translational cancer researcher and leading expert in bladder cancer, is known for his work on the molecular mechanisms underlying bladder cancer and translating those mechanisms into therapeutic approaches. He also has contributed to precision medicine approaches such as the CO-Expression Extrapolation, or "COXEN" tool, which personalizes cancer therapy by identifying drugs that likely will be effective in specific patients based on genomic characteristics of their tumors. Theodorescu's laboratory has been supported by the National Institutes of Health and other major grant-making organizations for more than two decades.

"Dr. Theodorescu was elected to the AAP for his outstanding science, which has advanced the understanding of the molecular mechanisms of bladder cancer," said Paul W. Noble, MD, chair of the Cedars-Sinai Department of Medicine and Director of the Women's Guild Lung Institute. "His election is a tremendous credit to Dr. Theodorescu's scientific accomplishments and to Cedars-Sinai. He is the only surgeon here to hold that honor.”

Theodorescu, a professor of Surgery, Pathology and Laboratory Medicine at Cedars-Sinai, has published more than 300 articles in journals such as Nature, Science, Cancer Cell and the Journal of Clinical Investigation. He also is a founding co-editor-in-chief of Bladder Cancer, the first journal of its kind. He was elected to the National Academy of Medicine and the American Society for Clinical Investigations and serves on the National Cancer Policy Forum of the National Academies.

Prior to assuming his post as director of Cedars-Sinai Cancer in July 2018, Theodorescu served as director of the University of Colorado Comprehensive Cancer Center, where he also was a professor of Surgery and Pharmacology. During his eight years there, he oversaw the only National Cancer Institute-designated cancer center in the state, and twice led the successful renewal of the center's NIH/NCI Cancer Center Support Grant.