CNBC: What You Need to Know Ahead of This Year's Flu Season 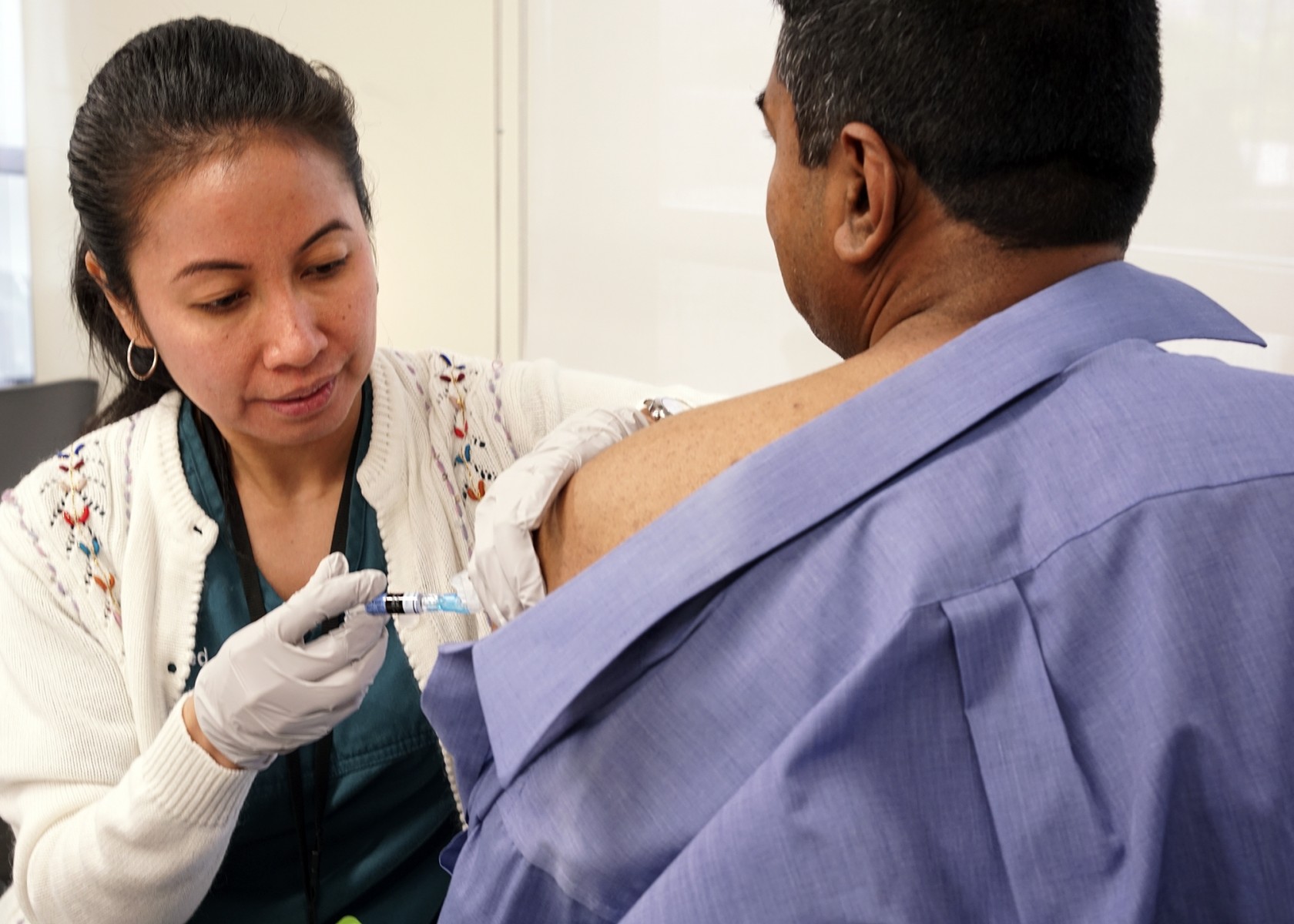 A nurse gives a patient a flu shot. Photo by Cedars-Sinai.
Cedars-Sinai

CNBC recently interviewed Michael Ben-Aderet, MD, associate medical director of Hospital Epidemiology at Cedars-Sinai, about what people need to know ahead of this year’s flu season.

Although flu season is only one month in, CNBC reports there have already been three flu-related deaths in the United States, including one in Riverside County and one in Los Angeles County. Deaths so early into the flu season are why doctors like Ben-Aderet are urging those who haven’t received their shot to still get one.

Flu season can last through May, but according to the Centers for Disease Control, infections generally peak in the United States between December and February. According Ben-Aderet, it's hard to predict the duration and size of this year’s flu season.

“Flu season is never totally predictable,” said Ben-Aderet in his interview. “Changes in the flu virus, environment and even ‘some factors we honestly don’t understand’ can contribute to how the flu season hits nations,” he added.

As CNBC explains, for those people concerned that the influenza vaccine might give them the flu, “common misconception,” according to Ben-Aderet.

“There’s no risk of getting the flu from the flu shot,” he said, since the vaccine is composed of inactivated strains. “Most people will just walk away with a sore arm. For people who do end up sniffling the next day, chances are they’ve caught one of the other respiratory viruses that pop up in the season.”

Overall, Ben-Aderet stressed that people are much better off getting the flu shot than not.

Read more on the Cedars-Sinai blog: Flu: When to Go to the ER

Unlocking the Cause of UTI-Induced Delirium

Cedars-Sinai researchers have found that blocking the action of a protein called interleukin 6 (IL-6), part of the immune system, could resolve the delirium that often accompanies urinary tract infection (UTI) in elderly patients. Their study in …
Read more

Chew on These Holiday Safety Tips Before Chowing Down

CNBC: What You Need to Know Ahead of This Year's Flu Season