Just when you thought you’d beaten COVID-19, your symptoms are back. After a week of feeling just fine, you’re exhausted again, your throat hurts and you’ve even got a mild fever. What’s going on?

The good news is that this isn’t long COVID-19, a cluster of sometimes debilitating symptoms that go on for weeks or months after infection with SARS-CoV-2, the virus that causes COVID-19. It’s not a SARS-CoV-2 reinfection, either. Instead, you’re experiencing rebound COVID-19, a brief return of symptoms that starts about two to eight days after you tested negative or stopped feeling sick.

You’re not alone. As COVID-19 is probably here to stay, here is what everyone should know about rebound COVID-19.

"It’s not unusual for people to get a rebound after recovering from a cold."

Who gets rebound COVID-19?

While it’s unclear how often it happens, rebound COVID-19 may affect as many as 10% of patients who have the disease, according to recent studies.

It may also be more common in patients who were treated with Paxlovid, a therapy that’s very good at keeping COVID-19 patients out of the hospital. A small study found that about a quarter of patients who finished the standard five-day treatment of Paxlovid ended up with rebound COVID-19.

"It’s important to understand the drug is not the cause of the rebound," says Dr. Soniya Gandhi, vice president of Medical Affairs at Cedars-Sinai and an infectious disease specialist.

"Paxlovid is a very good medication," she adds.

In clinical trials, the drug—which is meant for patients with COVID-19 who are at risk of severe disease—reduced hospitalizations and deaths by about 89%. 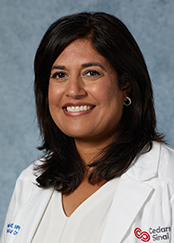 Why is rebound COVID more common after treatment?

It’s not because the treated patients have a weak immune response or that Paxlovid didn’t work, Dr. Gandhi explains. Researchers also think it’s unlikely that SARS-CoV-2 has become resistant to the drug.

"One theory is that the virus stopped multiplying when the patient took Paxlovid, but briefly surged after the treatment was finished, leading to a reappearance of symptoms," says Dr. Gandhi.

Another explanation is that for some patients, Paxlovid may simply need to be taken for longer than five days.

The treatment consists of three different drugs, and if the patient doesn’t get a high enough dose of nirmatrelvir—the part of Paxlovid that targets COVID-19 enzymes—pockets of SARS-CoV-2 may survive. Those remaining traces may cause viral levels to climb back up days after treatment stops. A second round of Paxlovid, or taking it for more than five days, may resolve the issue.

That theory is based in part on what scientists know about other viruses.

"We know that a second course of treatment, or a longer duration, is sometimes necessary for other illnesses," says Dr. Gandhi, who stresses that there’s not enough evidence to be sure and that more research is needed before doctors have answers about the causes of rebound COVID-19.

Read: What's the Difference Between a Cold, the Flu and COVID-19?

How do I know if I am experiencing a rebound?

It’s not always easy to tell the difference between a true rebound and simply a very slow improvement in symptoms. If you are recovering from COVID-19, pay attention to how things are progressing. If you have been feeling much better for several days and haven’t had a fever for 48 hours or more, a reemergence of symptoms is probably a rebound.

"If you suspect you’re rebounding, talk to your doctor," says Dr. Gandhi. "You’ll need to isolate for five days and wear a mask for 10 if it really is a rebound and not just a drawn-out recovery."

Complicating the picture, some patients who suddenly test positive again don’t have any symptoms at all.

"These individuals only know they have a case of rebound COVID-19 because of the test result," says Dr. Gandhi.

This is what happened to President Joe Biden, the case that got rebound COVID-19 into news headlines. Four days after completing treatment with Paxlovid, Biden found out he’d rebounded. He had no symptoms and only learned of the rebound because he was getting tested daily.

Still, rebound COVID-19 isn’t common enough to warrant constant testing if you’re feeling fine, unless frequent testing is required for your job or you are at high risk or live with people who are. If in doubt, check with a healthcare provider.

What else should I know?

Rebound may be common with other respiratory illnesses, too.

"It’s not unusual for people to get a rebound after recovering from a cold," says Dr. Gandhi.

You may not have heard about rebound colds because colds don’t get much attention or research dollars. Unlike COVID-19, they are not a serious threat.

Most people won’t experience a rebound of COVID-19, but you’re at higher risk if you’re over 50 years old or have other risk factors—such as diabetes, heart disease and certain cancers. Many of these are the same as the risk factors for severe COVID-19.

The most important takeaway? Don’t be afraid of treatment.

"Paxlovid is an excellent option for COVID-19 patients who are at risk of getting really sick, or worse," says Dr. Gandhi.

"There is no need to be too worried about rebound. It’s not associated with serious illness or with ending up in the hospital. Typically, symptoms are mild and will pass within a few days."

Read: Flu: When to Go to the ER