Perimenopause is having a moment.

It’s appeared on the covers of more than a dozen recently published books, and perimenopause-branded products—from hot-flash-cooling mists to mood-swing supplements—are turning up on store shelves.

Every woman eventually goes through perimenopause, yet many have never heard the word before or do not understand the full scope of this reproductive rite of passage. In a 2021 survey of American women ages 45 to 60, nearly half were unfamiliar with the term.

Perimenopause is the extended time of transition leading to menopause, which is reached when a woman hasn’t had a period for one year. Perimenopause can start as early as the mid-30s and lasts an average of four years, but it also can span more than a decade. It is punctuated by fluctuating hormones, irregular periods, sleep disturbances, vaginal dryness and a laundry list of other significant physical, cognitive and emotional symptoms.

Perimenopause and menopause are not interchangeable terms, and women need to know and discuss the distinction, say Cedars-Sinai OB-GYNs Alyssa Quimby, MD, and Sara Twogood, MD. Here, they help demystify perimenopause and share how physicians can change “the change” conversation to better prepare women for this universal transition. 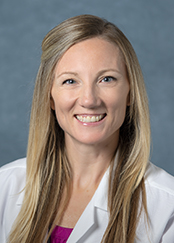 Why is perimenopause not on most women’s radar?

Sara Twogood: The reproductive transition can be confusing because a woman doesn’t stop menstruating overnight. It’s a gradual and often unpredictable process. Even when you haven’t had a period for 12 months and are officially menopausal, the symptoms you experienced during perimenopause can continue. Some patients in their 70s and 80s have lingering symptoms that started when they were perimenopausal. People probably find it easier to use “menopause” as an umbrella term, even when they actually are in perimenopause.

A lot of women aren’t aware that perimenopausal symptoms can start in their early 40s or even earlier. They also often are surprised by the range and severity of some symptoms, including trouble sleeping and changes to mood and sex drive.”
—Sara Twogood, MD 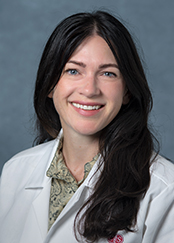 What are the signs and symptoms of perimenopause?

AQ: Changes in menstruation are a hallmark of perimenopause—a shorter cycle, a longer cycle, a heavier period, or a lighter period than is usual for a particular woman. Many women are unaware of perimenopause, so they assume a medical condition, such as fibroids, is to blame when they experience changes in their periods. We evaluate every patient for their concerns, but often what they’re experiencing are normal perimenopausal symptoms.

ST: A lot of women aren’t aware that perimenopausal symptoms can start in their early 40s or even earlier. They also often are surprised by the range and severity of some symptoms, including trouble sleeping and changes to mood and sex drive.

When a woman has perimenopausal symptoms, what should she share with her doctor?

AQ: It’s a good idea to track your cycle and symptoms. There are many apps women can use, or they simply can log their symptoms in a notebook, including when symptoms occur and how long they last, the start and end dates of each period and whether it’s heavy or light, and anything else they notice. This information tells your doctor what’s happening with your hormones and how your symptoms are impacting you.

What treatments are available for perimenopause symptoms?

What can clinicians do to better prepare women for perimenopause?

AQ: We see firsthand the knowledge gaps around important women’s health topics. Clinicians in the women’s health space need to help fill those gaps by educating women about their bodies and reproductive medicine. Knowledge is empowering, and we want women to enter this new chapter of their lives with confidence.

ST: We saw that factual, accessible information wasn’t reaching enough women, so, in 2020, we created Female Health Education, an online platform offering courses on important subjects for every stage of a female’s life—from puberty to menopause. We’re particularly passionate about increasing awareness of perimenopause because it’s universal and its symptoms can be debilitating and protracted. We want women to view perimenopause as the natural transition it is.