A text flashed on Dan O'Brien's phone while he was casting one of his plays in 2015. "It is cancer," his wife, Jessica St. Clair, wrote.

Six months later, as Jessica wrapped up her final chemotherapy treatment for stage 2 breast cancer, she received word that her husband had stage 4 colon cancer that had spread to his liver.

They were both younger than the standard screening ages for their cancers when they were diagnosed: Jessica was 38 and Dan was 42. Both sought treatment at Cedars-Sinai.

"It's a terrible, scary, frightening and sometimes deadly thing. You can come through it in a way where you feel happier and stronger. Your relationships are deeper. People come through for you in amazing ways"

Jessica is an actor, whose many credits include HBO's Avenue 5 and a comedy series she created and starred in with her best friend Lennon Parham, Playing House. Dan is an award-winning playwright and poet.

As artists, they avoid clichés as a rule. Now they joyfully admit some clichés have come true for them: They appreciate life more. They take more risks in pursuing the things that make them happy and sharing their stories through their art. They're closer to their friends.

"It's a terrible, scary, frightening and sometimes deadly thing," Dan says. "You can come through it in a way where you feel happier and stronger. Your relationships are deeper. People come through for you in amazing ways"

If the options in a crisis are "fight or flight," Jessica's choice is "fight." When she was diagnosed, she picked the most aggressive treatment option: a double mastectomy followed by chemotherapy and radiation therapy.

She worked with Dr. Philomena McAndrew at Tower Hematology Oncology Medical Group, a Cedars-Sinai affiliate, to come up with a treatment plan that would address her cancer and fit her life.

"Dr. McAndrew wanted to make sure it was as pain-free as possible," Jessica says. "And she and her team did." 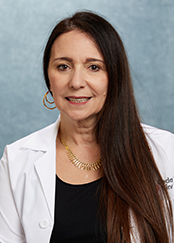 She opted for an innovative breast reconstruction with Dr. Lisa Cassileth.

Then she talked to every breast cancer caregiver and patient she met to explore every "cancer hack" they suggested. She tried cooling caps intended to reduce hair loss, frozen mittens and booties, twice-weekly acupuncture and supplements.

"We really wanted to shield our daughter from being scared," Jessica says. "And she never knew I was sick."

Now when she talks with women who are newly diagnosed, Jessica does what others did for her—she drops everything and talks with them. And the most effective hack she found: Hope and trust that happiness and health will return.

Read: Photographing the Path Through Cancer 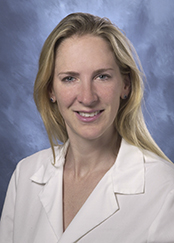 While his wife was in chemotherapy treatments, Dan started to suspect he might be having health problems.

"Some part of my brain didn't want to deal with another potential calamity," he says. "I put off getting it checked out, and by the time I did, it was a serious situation."

He had a visit with Dr. Kevin Scher at Tower Hematology Oncology to discuss the results of a PET scan. Jessica wheeled her IV down the hallway from where she was getting her final chemotherapy infusion to hear the news. Dan had colon cancer and two lesions on his liver. 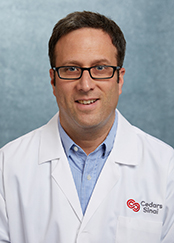 "The best doctors, the ones who are at the top of their game, are able to be rational, deliver hard news and make hard decisions," Dan says. "But they also understand emotionally what you're going through. That was our experience with our doctors."

"When they say stage 4, you tend to assume that's it," Jessica says. "But that's just not true. I really want to get the word out about this. Stage 4 means it spread.

Read: Colon Cancer Patient Lori Wants You to Learn from Her

Letting in the light

Dan shares that every day during his treatment, he opened the curtains in his bedroom and let in the light, telling himself he would live.

When he talks about cancer, he points to the sense of shame people often associate with the disease.

"I try to pull it out of the shadows and talk about it," he says. "People—or the culture—seem to think it's your fault if you get cancer."

He tries to channel the fear and anxiety about cancer to a positive message: Be screened early.

While there are standard screening criteria, people with family histories of cancer may be eligible for additional screening. Experts routinely encourage people to talk with their doctors about their personal risk and build a plan.

They've also shared their experiences through their art. Jessica wrote the last season of her show Playing House about her cancer journey and is now working on a book about her experiences. Dan wrote a poetry collection called Our Cancers that will be published in 2021.

Both Dan and Jessica share a memory of being in a waiting room while Dan was in treatment. An older woman walked over to Dan and clasped his hand. "You will have long days on this earth. Keep trusting," she said.

"At the time, I understood it clearly to mean she was saying I would survive," Dan says. "Keep trusting through the challenges of treatment."

They carry that trust with them and continue to pass it on to others.