COVID-19: What to Know About SARS-CoV-2 Reinfection

Viruses can be difficult to track and understand. Not all viruses behave the same way, making it hard to predict how a new, unknown virus will affect humans.

Immunity also can vary depending on the virus. If you get sick with the measles, you're likely immune for life. Same goes for chickenpox and polio. Not so for the flu or a cold.

"Getting infected always confers some immunity, but how long that protection lasts and how strong it is vary dramatically," says Dr. Michael Ben-Aderet, associate medical director of Hospital Epidemiology at Cedars-Sinai.

Now that SARS-CoV-2— the virus that causes COVID-19—has been spreading globally for more than two years, it isn't exactly a "novel" coronavirus anymore, but experts are still learning more about it all the time. 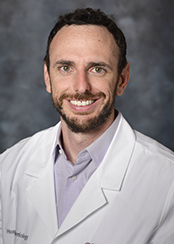 At the start of the pandemic, some hoped that getting infected with SARS-CoV-2 would have at least one upside: protection against future encounters with the virus.

With the early variants of the virus, reinfections were indeed rare. While it's hard to be exact, one bout with SARS-CoV-2 was about 84% effective in preventing reinfection in both vaccinated and unvaccinated people, according to a study that followed participants for seven months early in the pandemic. Other research put the number as high as 90%, even amid the deadlier Delta wave.

Since the emergence of Omicron and its subvariants, some recent research suggests a prior SARS-CoV-2 infection may only be 50% effective in preventing a second round. That tells us the virus has changed to become more transmissible and find ways to get past our immune system.

"It's evolving to behave more like its closely related cousins, such as those that cause colds and infect people more than once," says Dr. Ben-Aderet.

Specifically, the virus has undergone repeated mutations to its spike protein, which is the mechanism it uses to enter human cells. Epidemiologists now talk of endemicity, meaning SARS-CoV-2 would become a routine infection. That fits the pattern of how respiratory viruses establish themselves in the human population.

"Ideally, we'd want to bring the rate of SARS-CoV-2 in the community to minimal levels, but realistically we're probably looking at a virus that is going to keep mutating and is here to stay," says Dr. Ben-Aderet.

Read: Why Some Vaccines Last a Lifetime and Others Don't

As SARS-CoV-2 continues to mutate, getting infected doesn't necessarily mean you will get sick.

"COVID-19 is a cluster of symptoms some, but not all, people develop when they're infected with SARS-CoV-2," Dr. Ben-Aderet explains. "So far, reinfections are typically causing mild symptoms or no symptoms at all."

We still don't know whether repeat infections can cause long-term problems, such as organ damage, that emerge down the line. Someone who has caught the virus several times could also potentially develop "long COVID," even if they fared well during earlier infections.

There's also the risk of transmitting the virus to people who are vulnerable.

"Those who have compromised immune systems or who can't get vaccinated for whatever reason are at risk of serious outcomes from COVID-19," says Dr. Ben-Aderet. "If you're infected or reinfected, you could put others at risk."

The quick mutations and high transmissibility of SARS-CoV-2 make it similar to influenza and the rhinoviruses that cause most colds.

In other ways, SARS-CoV-2 is very different. It doesn't fit into clear seasonal patterns, unlike viruses that circulate predictably every winter. It also can be far more serious—even in people without high risk factors—and causes an unusual array of symptoms, some of which can be debilitating and last months or even years.

One in five adults experiences continuing health issues after acute cases of COVID-19, according to a study published by the Centers for Disease Control and Prevention. Some patients report lasting brain fog, fatigue, cognitive and neurological deficits, and the loss of taste or smell. While most people do recover well, even mild cases have been associated with long-term problems.

"It may be many years before we understand the full scope of COVID-19's effects," says Dr. Ben-Aderet.

Read: Can You Really Boost Your Immune System?

Why some viruses are more contagious and mutate faster

But why do certain viruses mutate quickly and dramatically while others barely change at all?

"We don't have a clear answer. We do know that some viruses have molecular tools that help them mutate, which allows them to evade our immunity," says Dr. Ben-Aderet. "Influenza is a classic example."

Other viruses can be extremely contagious but thankfully mutate at a slow pace—so slow that mass vaccination can eliminate them or prior infection confers lifelong immunity. Measles, polio and smallpox fall into this group.

Read: What's the Difference Between a Cold, the Flu and COVID-19?

Cold viruses have two of these three characteristics: They evolve fast and are very contagious, but they don't cause severe disease.

"That's why there has never been much motivation to develop a vaccine for the common cold," Dr. Ben-Aderet explains, adding that researchers can't predict if a new virus will mutate efficiently.

"Viruses are extremely complex," he says. "We need real-world experience before we know what we're dealing with."

How immunity fends off reinfection

At the same time, your immune system is no slouch. While antibodies are more famous than their comrades in arms, immunity consists of complementary forces, much like military regiments. Killer cells neutralize the invader, while other cells teach your body to recognize and fight off attacks that may occur in the future.

"In the news, you may read that antibodies to SARS-CoV-2 decline quickly, but that doesn't mean your immunity is gone," Dr. Ben-Aderet says.

"Memory B cells and T cells are still there, and they're adaptable as well as powerful. And they're part of an even bigger arsenal."

What is the best way to fend off reinfection? The same way you avoid infection in the first place: Wash your hands often, wear a mask in crowded indoor places, avoid people who are sick and, most of all, get vaccinated and boosted—even if you've already had COVID-19.

"Don't rely on the immunity you got from being infected," says Dr. Ben-Aderet.