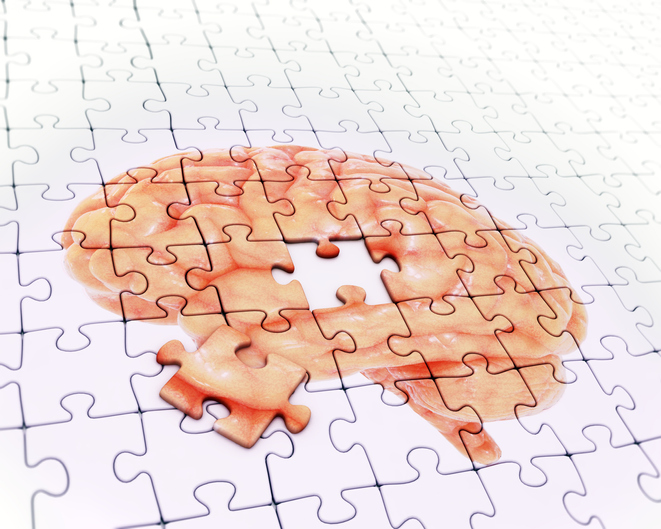 A Cedars-Sinai study shows that memory decline during the aging process could be linked to the age of blood cells. Illustration by Getty.
Memory loss, conceptual computer artwork.

A new study has found that transplanting the bone marrow of young laboratory mice into old mice prevented cognitive decline in the old mice, preserving their memory and learning abilities. The findings support an emerging model that attributes cognitive decline, in part, to aging of blood cells, which are produced in bone marrow.

"While prior studies have shown that introducing blood from young mice can reverse cognitive decline in old mice, it is not well understood how this happens," said Helen Goodridge, PhD, associate professor of Medicine and Biomedical Sciences at Cedars-Sinai and co-senior author of the study. "Our research suggests one answer lies in specific properties of youthful blood cells."

If further research confirms similar processes in people, the findings could provide a pathway for designing therapies to slow progression of neurodegenerative diseases, including Alzheimer's, that affect millions of Americans, Goodridge said.

Microglia in brains of old mice have larger cell bodies with fewer and shorter branches than those in young mice. But microglia of old mice who received bone marrow transplants (BMT) from young mice resembled those of young mice; transplants from older mice didn't have that effect. Microglia play an important role in brain health. Illustration by Cedars-Sinai and Communications Biology.

The research team then examined the hippocampus, a region associated with memory, in the mice brains. Recipients of young bone marrow retained more connections, known as synapses, between neurons in the hippocampus than did recipients of old bone marrow, even though they had about the same number of neurons. Synapses are critical to brain performance.

Further tests showed a possible reason for the missing synapses. The blood cells made by the young bone marrow reduced the activation of microglia, a type of immune cell in the brain. Microglia support neuron health but can become overactive and participate in disconnection of the synapses. With fewer overactive microglia, neurons would remain healthy and more synapses would survive.

"We are entering an era in which there will be more elderly people in the population, along with an increased incidence of Alzheimer's disease, putting a huge burden on the health system," said Clive Svendsen, PhD, director of the Cedars-Sinai Board of Governors Regenerative Medicine Institute, professor of Biomedical Sciences and Medicine and co-senior author of the new study. "Our work indicates that cognitive decline in mice can be significantly reduced by simply providing young blood cells, which act on the brain to reduce the loss of synapses related to aging."

Translating the findings, if confirmed in human samples, into potential treatments may be challenging, given that bone marrow transplants are not currently feasible for this use. But for future studies in people, Svendsen is working on creating "personalized" young blood stem cells for an individual through stem cell technology. These cells possibly could be used to help replace the individual's own aging blood stem cells and help prevent cognitive decline and perhaps neurodegenerative diseases such as Alzheimer's as well.