This Thanksgiving, when the Moraleses think about what they’re thankful for, the Thompsons are at the top of the list.

“In the seven or so years that I've been doing this, I've never seen anything like it,” said Tsuyoshi Todo, MD, assistant professor of Surgery and Ron’s transplant surgeon. 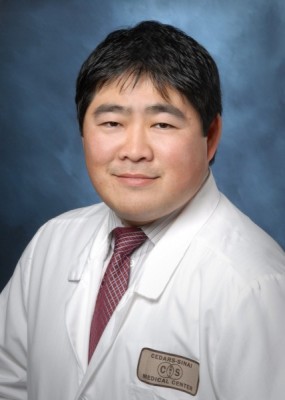 Chris and Debbie grew up together in Westminster, California. Best friends since the third grade, they were inseparable. They cheered together on the high school cheerleading team. The two were so in sync that they even showed up to their high school prom wearing the same dress, which each had picked out, unbeknownst to the other.

“It was so funny,” Chris said. “We both looked at each other and were just like, ‘We cannot believe it.’ But then everybody else around us knew us, and they knew that we would always be together and do the same things.”

The two moved into their first apartment together after high school, and each was maid of honor at the other’s wedding.

“Then we had our kids,” Chris said. “We both have three boys and a girl. They're all a year apart. My son was born first and then hers like a year later. And so they just kind of like were all born in between each other.”

In her early 30s, Chris received some devastating news: She was diagnosed with polycystic kidney disease, a genetic disorder that causes clusters of fluid-filled cysts to form on kidneys, which can damage the kidneys over time and lead to renal failure. She knew that in her 50s, she’d need to go on dialysis or get a kidney transplant. But she kept the news a secret, even from best friend Debbie.

“I didn’t really tell anyone,” Chris said. “I don’t even remember whether I mentioned it to Debbie.”

But in 2015, Chris’ time was up. She needed a new kidney and couldn’t keep the secret any longer. She slowly began telling friends and family about her health struggles.

“Chris was really sick,” Debbie said. “I mean, you could tell she was not doing well, and it was hard to watch.”

Chris even had to put her dreams on hold.

“I had been working on a master’s degree,” Chris said. “I had completed everything except my thesis, but I was too sick to continue.”

That’s when Debbie stepped up.

As it turned out, the process involved months of medical evaluations and testing. Finally, six months after offering it, Debbie got the call from her care team that she had 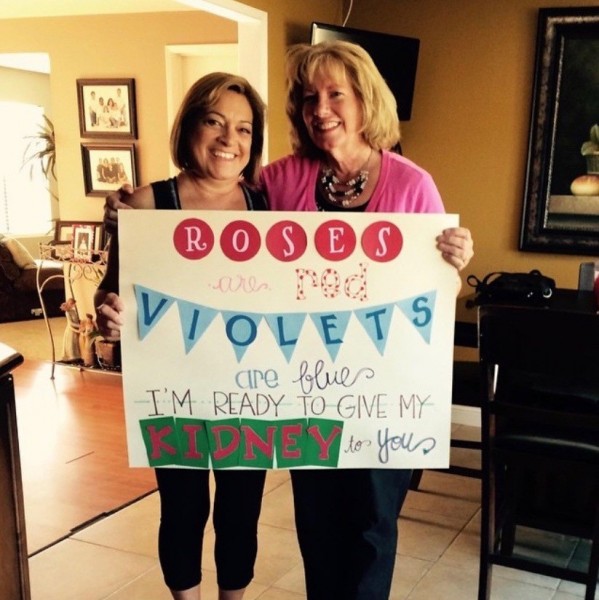 been approved to donate a kidney to her best friend. She arrived at Chris’ house with a sign that read, “Roses are red, violets are blue, I’m ready to give my kidney to you.”

When the morning of the surgery came, Chris was nervous.

Debbie, on the other hand, was ready. She encouraged her friend with a text message: “We got this,” followed by the fist-bump emoji.

“Till this day, any time we go through something, either one of us, that fist bump comes through,” Chris said.

Chris’ surgery was unusual–she was one of a small percentage of patients who experience a blood clot after transplantation. Shortly after she awoke from surgery, doctors had to anesthetize her again and use a vein from her leg to regraft the kidney. The surgery was a success.

“I would do it again, all over again, because of the way I feel,” Chris said.

After recovery, the Thompsons and Moraleses went back to living their normal lives. Now grandparents, they enjoyed spending time with their grandchildren, who all live close by.

As a way of expressing her gratitude, Chris sent flowers to Debbie each year on the anniversary of their surgeries. They jokingly nicknamed Debbie’s donated kidney, now living inside Chris, “Little Deb.”

Chris was initially quite cautious with Little Deb and with her newfound health.

“She was really so careful to begin with,” Debbie said. “She really kind of wasn't enjoying life a little bit and I'm like, ‘We went through this so you can enjoy life,’ and I really think it took her doctor telling her, ‘You need to go enjoy life.’”

With that encouragement from her care team and a new lease on life, Chris began to loosen up a bit, traveling, dining out and drinking a small glass of wine from time to 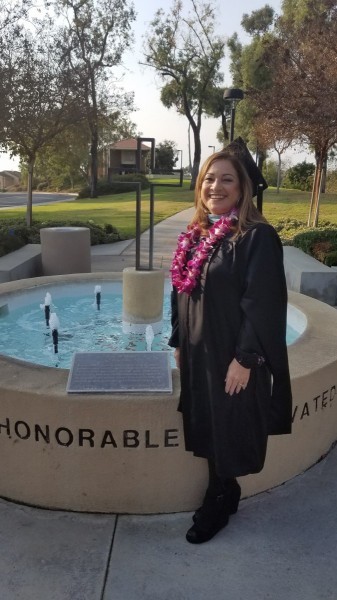 time. She even completed the dream she had put on hold. She earned her master’s degree in education in 2017–just two years after receiving her transplant.

Things were going smoothly until 2020, when the unthinkable happened. After a checkup in January, Chris’ husband, Ron, who suffered from Type 2 diabetes, found out that he, too, would need a kidney transplant–and soon. His doctor informed him that he was in renal failure.

After several months of being in and out of the hospital, Ron began dialysis. The next two years were tough.

“I didn't let anybody know what was going on. I mean, people would ask, ‘Where have you been?’ or say, ‘You haven't been to work,’ but, yeah, I don't know, I kind of clammed up. I was trying to deal with it myself.”

When it became apparent to his friends that something was wrong, Ron had to tell them about his health struggles. And just as quickly as Debbie had stepped up, Brad offered to give his kidney to Ron.

“Debbie’s the brave one,” Brad said. “If she wouldn’t have done it, I don’t even know if I would have thought about it.”

“He called me up over the phone and said, ‘Hey, I hear you need some extra body parts,’” Ron said.

At first, Ron didn’t understand the offer. Then, it slowly dawned on him.

“It took me a couple of seconds because I was in awe,” Ron said. “And I was like, ‘Well, yeah, I do.’ I couldn't believe that he was doing that. I was more than grateful.”

While Debbie and Chris had been a blood type match, Brad and Ron were not–a factor that made transplantation a bit more complicated. But with the help of widely recognized transplant immunology expert Stanley C. Jordan, MD, professor of Medicine, medical director of the Kidney Transplant Program and director of the Comprehensive Transplant Center’s Human Leukocyte Antigen and Transplant Immunology Laboratory, Ron was able to have blood infusions that prepared his immune system to receive (and not reject) Brad’s kidney.

When the day of the surgery arrived, any feelings of nervousness that Ron and Brad experienced were eased by having their wives’ experiences as a reference point. Chris and Debbie, having experienced the surgeries seven years prior, were supportive and enthusiastic.

When they came out of surgery, healthy and feeling well, Brad laid down the ground rules.

“I said, ‘You can't call it “Little Brad,” and you can't bring me flowers every year on the anniversary like Chris does,’” he said.

That’s fine with Ron. He expresses his gratitude in other ways, like encouraging others to become organ donors.

“I think people should consider donating to someone they know, or someone who needs a kidney, because you actually only need one,” he said. “I think a lot of people don’t know that.”

The Thompsons can confirm–organ donation is a gift that gives both ways. Debbie said this experience has helped her be more mindful of all that she has to be thankful for.

“To me, your health is everything,” she said. “When you think you've had a rough day and then you see somebody who can barely walk, or somebody who needed kidneys, you know, to me, it's just—you have to be very thankful for your health and family, of course, because you just need to be there for your family.”

Read more in Discoveries: Being Patient: The Delicate Timing of Organ Transplantation

Antonia “Toni” Perez is one in a million. She’s one of 1 million patients in the U.S. who have received an organ transplant, a milestone the nation celebrated last month.Perez recently celebrated her own individual victory: showing her …
Read more