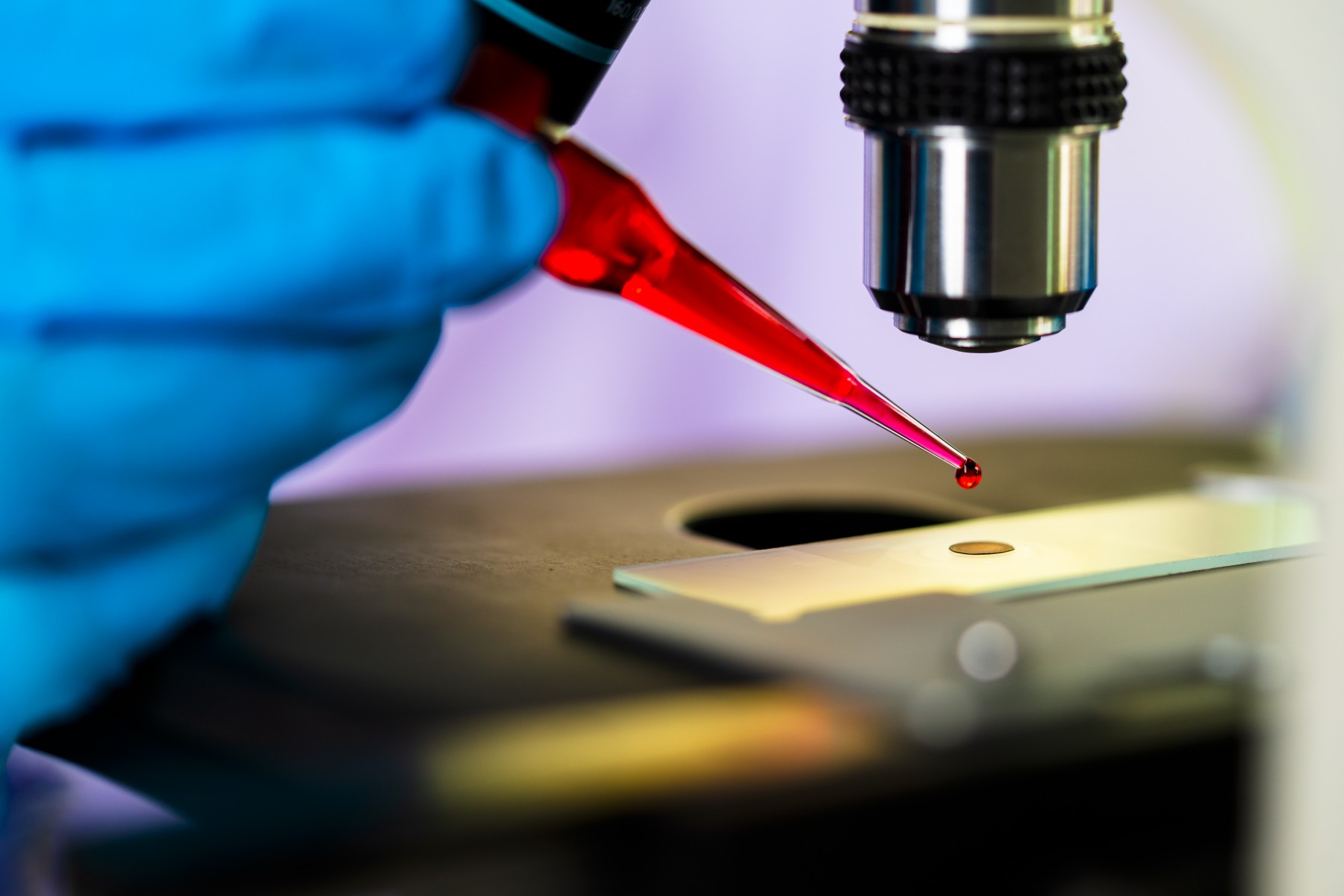 A researcher prepares to study blood cells under a microscope. Photo by Getty.
Scientist dropping blood to the glass slide for preparation sample in laboratory.

Two recent discoveries by stem cell scientists at Cedars-Sinai may help make cancer treatment more efficient and shorten the time it takes for people to recover from radiation and chemotherapy.

In the first study, published in the journal Blood, investigators discovered a protein that is expressed by blood stem cells that could aid in identifying, studying and deploying the cells for treatments.

“We show that this protein, syndecan-2, identifies primitive blood stem cells and it  regulates stem cell 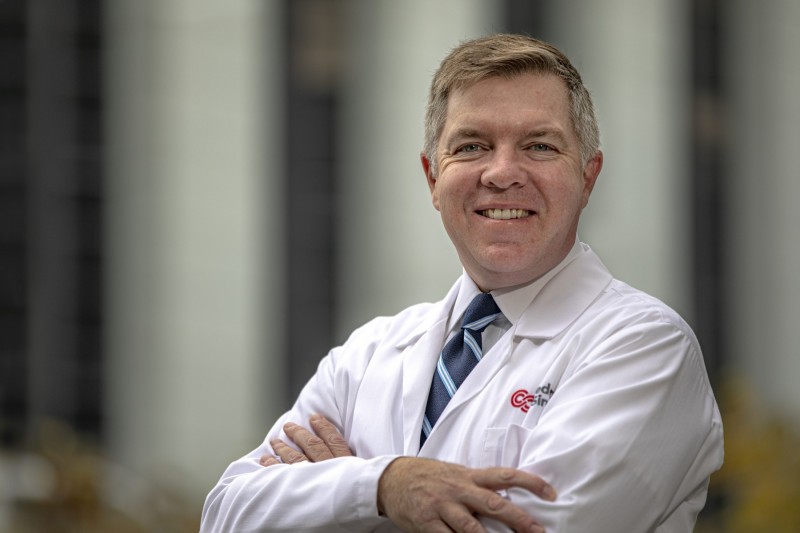 function,” said John Chute, MD, director of the Division of Hematology and Cellular Therapy at Cedars-Sinai and senior author of the study.

Blood stem cells are found in small quantities in the bone marrow and in peripheral blood—the type that travels through the heart, arteries, capillaries and veins. These stem cells are of interest to scientists because they produce all blood cells and immune cells in the body. They are used in the curative treatment of people with leukemia and lymphoma.

This approach faces a major challenge: Hematopoietic stem cells make up less than 0.01% of cells in the bone marrow and peripheral blood, and there is not yet a good way to separate them from other cells. This means that when people receive infusions of bone marrow and peripheral blood cells, they get a tiny number of stem cells that are therapeutic along with a lot of other cells that are not.

To study this phenomenon, investigators at the Chute laboratory led by first author Christina M. Termini, PhD, extracted bone marrow cells from adult mice and ran the samples through a device that can detect hundreds of different types of cells based on the proteins that live on their surfaces. This process revealed that hematopoietic stem cells have a high concentration of syndecan-2, which is part of a family of proteins called heparan sulfate proteoglycans, on the cell surface.

By transplanting only cells that express syndecan-2, it may be possible to make blood stem cell transplants more efficient and less toxic.

The second discovery by Chute and his team—published in the journal Nature Communications—revealed a mechanism through which the blood vessels in the bone marrow respond to injury, such as from chemotherapy or radiation.

When people receive radiation or chemotherapy as part of their cancer treatment, their blood counts plummet. It typically takes several weeks for these counts to return to normal levels.

When the investigators blocked the ability of these blood vessel cells to produce  neuropilin 1 or semaphorin 3A, or injected an antibody that blocks semaphorin 3A communication with neuropilin 1, the bone marrow vasculature regenerated following irradiation. In addition, blood counts increased dramatically after one week.

“We've discovered a mechanism that appears to control how blood vessels regenerate following injury,” said Chute, senior author of the paper. “Inhibiting this mechanism causes rapid recovery of the blood vessels and blood cells in bone marrow following chemotherapy or irradiation. In principle, targeting this mechanism could allow patients to recover following chemotherapy in one to two weeks, instead of three or four weeks as currently experienced.”

Termini, a post-doctoral scientist at the David Geffen School of Medicine at UCLA, was the first author on both studies.

Read more about the Chute Laboratory at Cedars-Sinai.