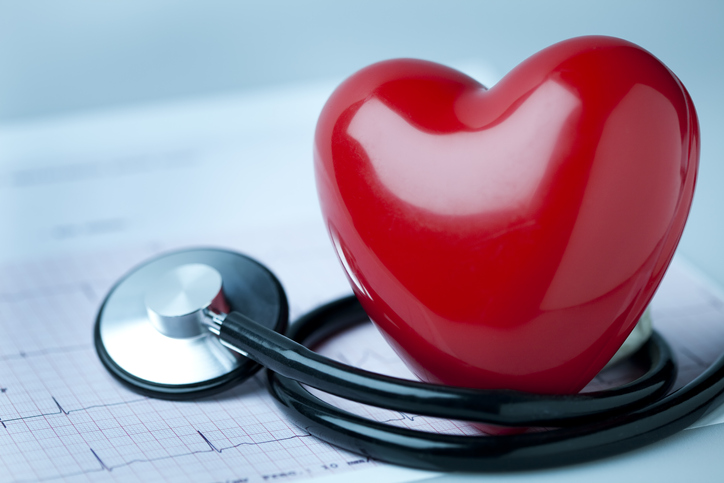 Shortness of breath can indicate heart disease. Photo by Getty.

Los Angeles - Nov. 2, 2005 - While most people know that chest pain can signify the presence of heart disease, it is less well known that shortness of breath can also be a serious cardiac symptom.

Authors of a study published in the November 3 issue of the New England Journal of Medicine reported that shortness of breath was a significant predictor of death from cardiac causes, as well as death from any cause.

“Patients often do not interpret shortness of breath as a serious symptom, but particularly in patients who have cardiac risk factors and in patients without lung disease, it may be the only sign of the presence of serious coronary artery disease that may need treatment,” said Daniel Berman, M.D., senior author of the study and the Director of Cardiac Imaging at Cedars-Sinai Medical Center. “If we can identify patients with coronary disease before an event occurs, then the vast majority of the cardiac events could be prevented by modern therapies. The problem is identifying the patient at risk,” he added.

In the retrospective study, patients without known coronary artery disease who had shortness of breath were four times more likely to suffer death from a cardiac cause than asymptomatic patients and twice as likely as patients who had chest pain that is considered to be typical cardiac pain.

“These findings may in part be due to the fact that doctors are more likely to send patients with chest pain to bypass surgery or angioplasty than patients with shortness of breath,” explained Berman.

Coronary artery disease, usually associated with the presence of plaque build-up in the arteries surrounding the heart, is one the main causes of death in both men and women. While it often is associated with chest pain, about half of the patients with this serious disease either die suddenly without prior symptoms or have a heart attack as the first manifestation of the disease.

The New England Journal paper authored by Aiden Abidov, MD and associates described the retrospective study of the medical records of 17,991 patients referred for stress testing by their physicians who knew or suspected they had coronary artery disease based on their symptoms or their cardiac risk factors. The stress testing was done with myocardial perfusion imaging, the most widely used noninvasive approach to detect blocked coronary arteries. During the test, patients exercise on a treadmill or, if they can’t, are given medication that causes the heart’s arteries to dilate. Once the patient reaches “peak” stress, a small amount of radioactive imaging agent is given that concentrates in the heart according to blood flow, emitting signals that are captured by a special type of camera. The cardiac images show the parts of the heart which do not get enough blood flow during stress and is very effective in predicting short-term risk of a cardiac event and determining whether it is necessary to consider angioplasty or surgery at that time.

Approximately 8 million stress myocardial perfusion scans were performed in the United States in 2004.

The mechanism explaining why patients with shortness of breath without chest pain were more likely to die was not entirely clear. While some of the patients had underlying abnormalities of pumping function of the heart that could explain increased risk, most did not. Yet in the patients without abnormality of pumping function, there was a tripling of cardiac events rates in those who had shortness of breath. One possibility is that shortness of breath in the patients sent for testing is related to ischemia—to little blood flow to the heart muscle. However, even after adjusting for the amount of ischemia statistically, shortness of breath remained predictive of an adverse outcome. The authors speculated that possibly inflammatory proteins that are associated with the development of coronary artery disease—proteins that have been associated with malaise and fatigue—may be responsible for the breathing symptom.

When the investigators used statistical techniques to adjust for other significant factors between patient groups, shortness of breath remained an independent predictor of the risk of death from cardiac causes and from any cause. In an accompanying editorial, Thomas Marwick, M.D. from the University of Queensland noted “Because the absence of chest pain has traditionally been interpreted to indicate a low likelihood of coronary disease—and indeed a low long-term risk—functional [stress] testing has been thought to contribute little to the evaluation of patients without angina [exertional chest pain]….These results should remind us that symptoms other than chest pain are of value in identifying patients with suspected coronary artery disease who should undergo functional testing.”

“Our findings are important for the public as well as for doctors,” said Berman. “Knowledge of these findings may lead doctors to refer patients with shortness of breath for testing, and then more readily send those who are found to be at serious risk for a life-saving revascularization procedure. For patients, increased awareness of shortness of breath as a possible cardiac symptom will hopefully prompt those with unexplained shortness of breath to see their doctor sooner rather than later.”