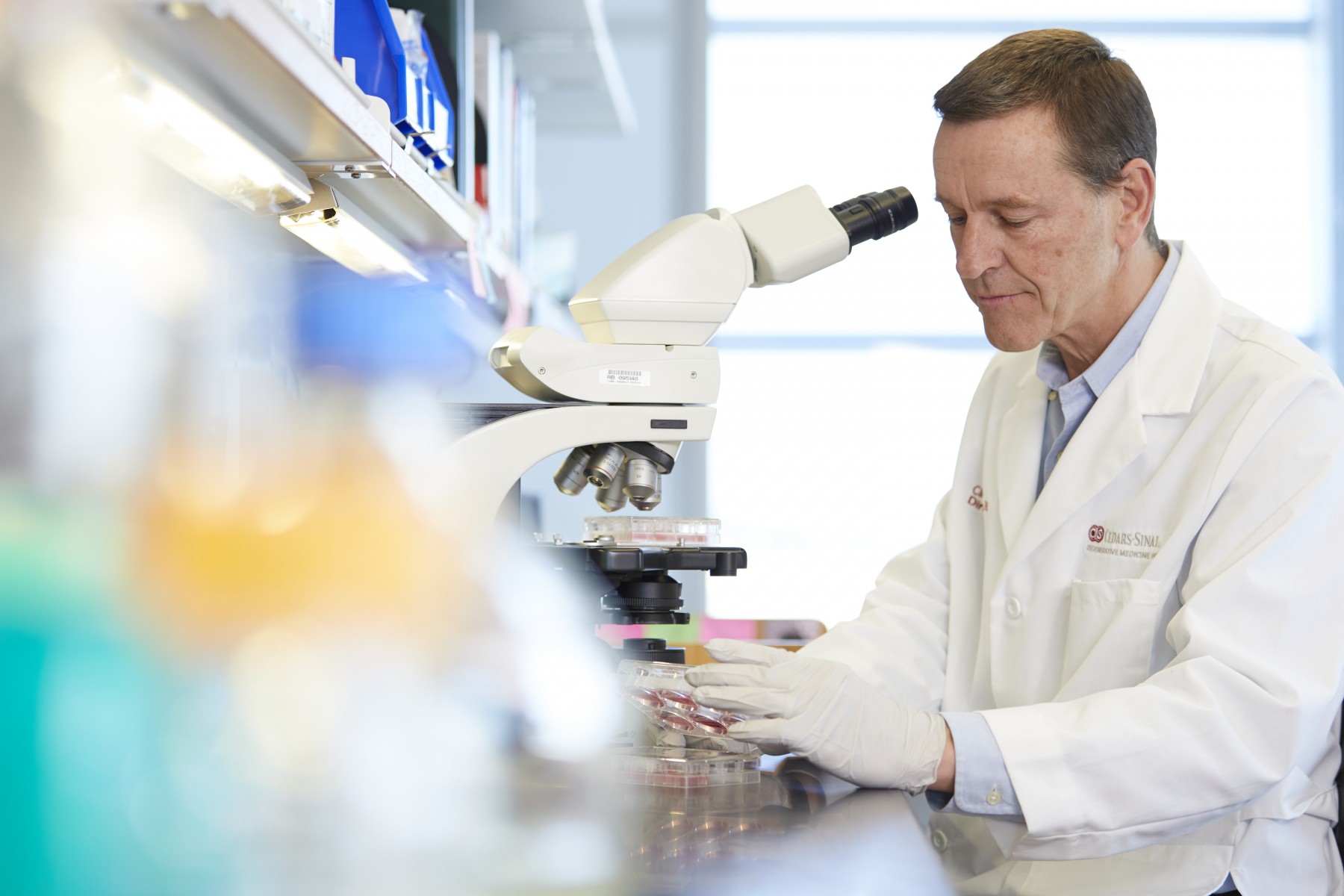 Two Preclinical Studies Identify Possible New Therapies for Patients With Allan-Herndon-Dudley Syndrome, Including a Gene Therapy and Repurposing of a Common Drug

In the first study, published in the peer-reviewed journal Thyroid, scientists at Cedars-Sinai and at the University of Chicago identified a gene therapy that can potentially help prevent or reduce the devastating neurological symptoms in patients diagnosed with AHDS.

“There currently are no successful therapies for treating the neurological symptoms that occur as a result of this condition,” said co-corresponding author Clive Svendsen, PhD, professor of Biomedical Sciences and Medicine and executive director of the Cedars-Sinai Board of Governors Regenerative Medicine Institute. “However, we’re finding gene therapies to be a promising new way to treat developmental neurological disorders, like AHDS.”

The disorder, typically diagnosed in childhood and only in males, is caused by a mutation in a thyroid hormone "transporter" known as MCT8, that is tasked with carrying thyroid hormones across the blood-brain barrier and into brain cells. This process is critical for human brain development and function. A breakdown in the process can lead to serious intellectual disability and problems with speech and movement. Most affected children do not walk or talk.

To counteract this issue, investigators tested the potential of a viral gene therapy, AAV9-MCT8, to determine whether it could correct brain defects in mice that carry the mutation and possess symptoms of the disease. The AAV9 vector acts as a carrier that helps deliver genetic material, like MCT8, into cells.

“We thought we might be able to get the transporter back with an AAV9 vector by genetically modifying it so it will produce the protein MCT8,” said Svendsen, who is also the Kerry and Simone Vickar Family Foundation Distinguished Chair in Regenerative Medicine.

Once the vector was encoded with MCT8, the team infused it into the bloodstream of both newborn and young male mice.

“While earlier work showed expression of the MCT8 protein in brains of newborn mice, it was uncertain whether this will also happen when given to young male mice, at a time similar to when most children are diagnosed with the disease,” said co-corresponding author Samuel Refetoff, MD, the Frederick H. Rawson professor of Medicine, a professor of Pediatrics, Committee on Genetics and director of the Endocrinology Laboratory at the University of Chicago.

In fact, the mice showed an improvement in their learning curve, suggesting that the treatment has beneficial effects on cognitive and motor functions.

“The ability of this gene therapy approach to impact disease progression in this mouse model is important proof of concept to move this therapy to humans,” said Gad Vatine, PhD, a former postdoctoral researcher in the Svendsen lab who is now at Ben-Gurion University in Israel and also a co-corresponding author of the study. “This study helps pave the way for promising treatments that could alleviate the neurological symptoms in AHDS patients.”

Repurposing of a Common Drug

The second study, also published in Thyroid, was a collaborative project led by scientists at the Institut fur Biochemie und Molekularbiologie in Germany.

The investigators previously found that the drug sodium phenylbutyrate could help restore MCT8 function in mice with MCT8 deficiency, but they wanted to expand on the work and determine whether the drug could potentially work in humans.

Cedars-Sinai scientists already created a human cell model of AHDS using induced pluripotent stem cells (iPSC), a special kind of stem cell that can produce any type of cell in the body using an individual’s blood sample. Using cells from patients with AHDS, the team was able to model patients' neurons and the blood-brain barrier in a laboratory dish.

“We now have two exciting breakthroughs for treating MCT8 deficiencies that might really have an impact on the disease,” Svendsen said.

Both options call for future clinical studies to investigate these treatments in patients with AHDS.

Funding: Research reported in this publication was supported by grants from the Sherman Family Foundation, the Board of Governors Regenerative Medicine Institute at Cedars-Sinai, the Israel Science Foundation, the Ministry of Science and Technology and in part by the National Institutes of Health under award number DK15070.