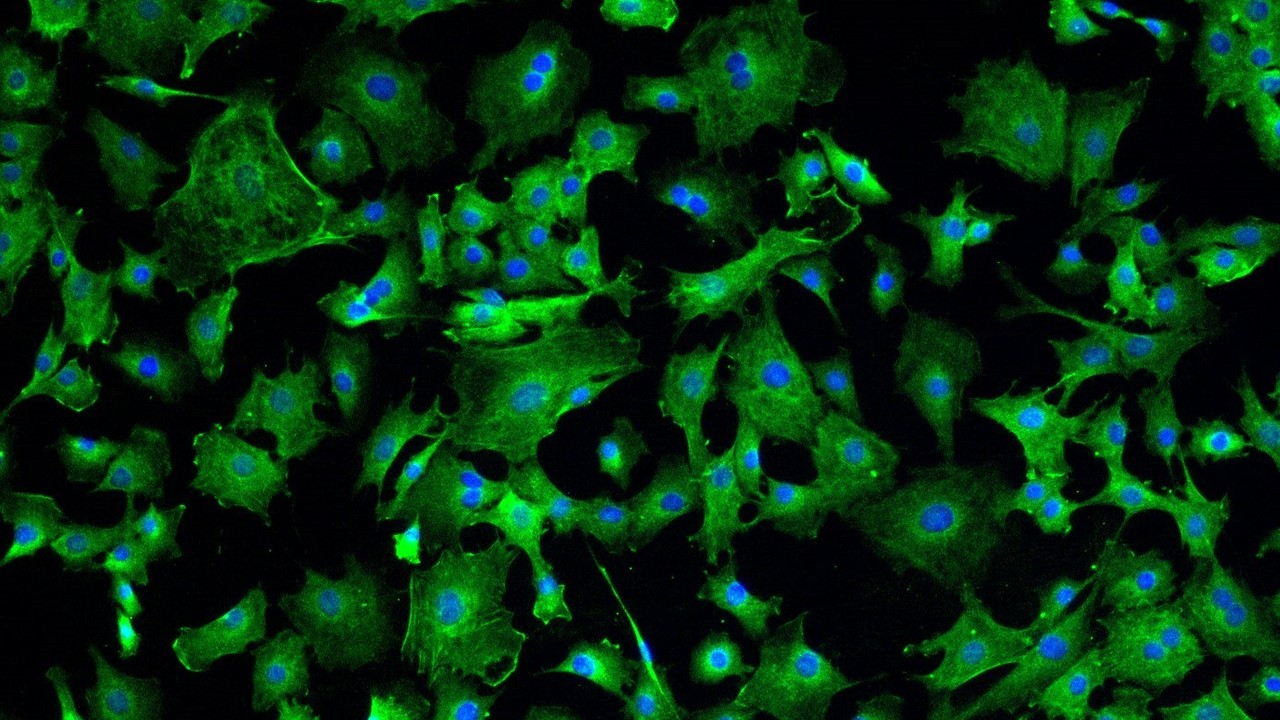 Cardiosphere-derived cells (CDCs), pictured above, were intravenously given to COVID-19 patients in an experimental treatment designed to reduce inflammation. Photo by Cedars-Sinai.

The Our Weekly story begins when Keith Miles’ wife came down with what they initially thought was a cold or allergies. Soon, Miles' own health began to decline, and by the time he went to the Ruth and Harry Roman Emergency Department, Miles was so fatigued he could barely lift a coffee mug. Cedars-Sinai physicians diagnosed him with COVID-19 and admitted him to the Cedars-Sinai Intensive Care Unit, where he received cell therapy developed by Marbán.

The cell therapy saved his life, Miles told Our Weekly.

Miles received CAP-1002, an experimental treatment from Capricor Therapeutics, that contains cardiosphere-derived cells grown in a laboratory from human donors' heart tissue. Research has shown that this type of cell therapy, originally created to treat inflammation in heart failure patients, could help the whole body.

"Friendly fire is what’s killing many coronavirus patients," Marbán said in the article. "The immune system unleashes a so-called cytokine storm into the blood — overwhelming the body with infection-fighting proteins that can trigger multiple-organ failure and death.”

While CAP-1002 has shown promising results, it is still considered experimental because it has not gone through a clinical trial with a control group, the Our Weekly article explained. But the treatment benefited Miles, who began recovering the first day after he received the cells.

"Basically, it did save my life," Miles told Our Weekly. "And I am very thankful to the staff and to the doctors who worked on it."

Marbán included Miles in a case series, published in the scientific journal Basic Research in Cardiology, which is believed to be the first peer-reviewed report describing the use of cell therapy in critically ill COVID-19 patients.

Click here to read the complete story from Our Weekly.