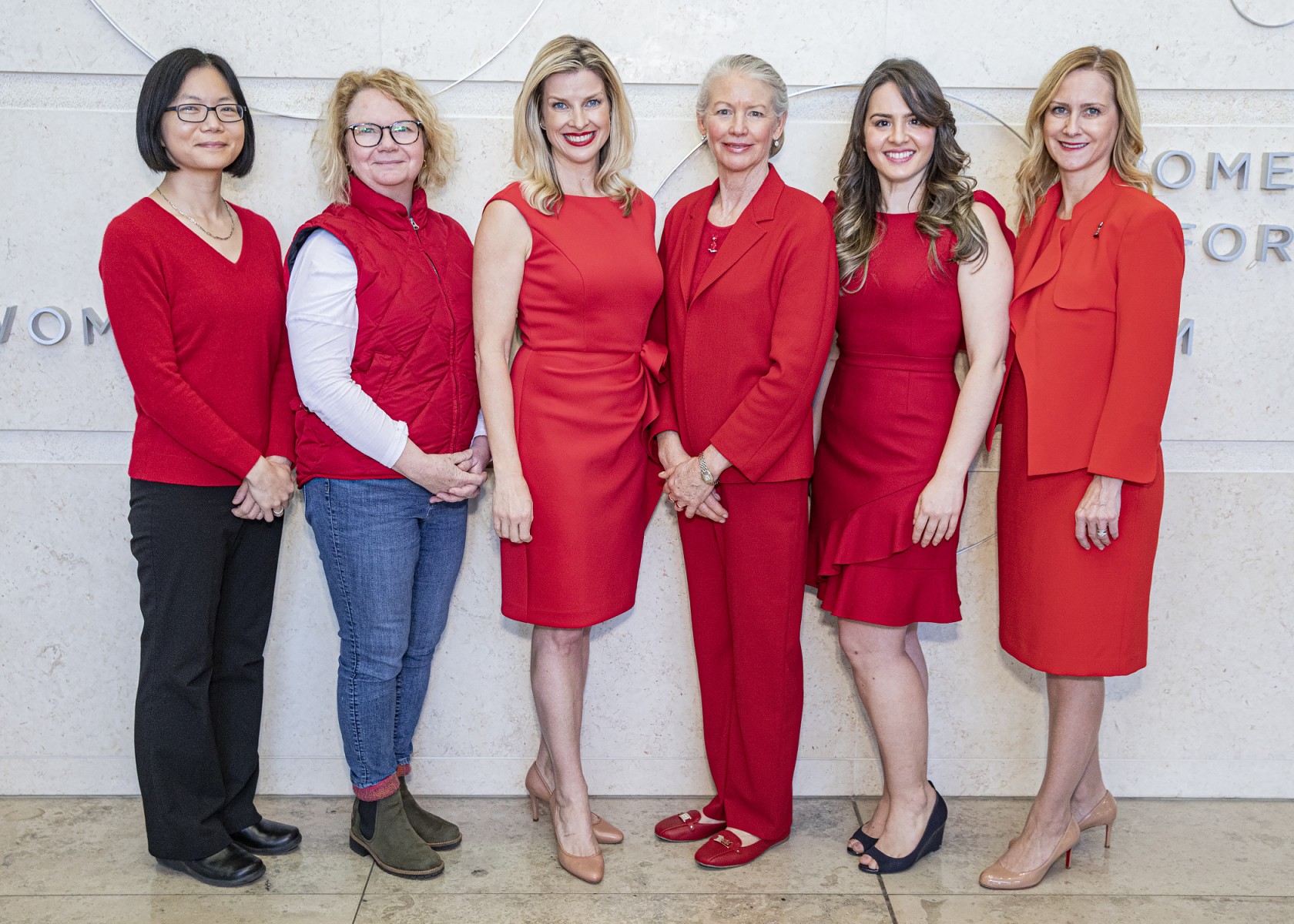 What do the latest studies and guidelines say about preventing heart disease, especially in women? Cedars-Sinai experts provided updates in honor of American Heart Month. Here are some highlights:

Noel Bairey Merz, MD, director of the Barbra Streisand Women's Heart Center in the Smidt Heart Institute, talked about diet and alcohol. She noted that, according to the American Heart Association, one alcoholic drink a day for women is linked to a lower risk of ischemic heart disease – ailments linked to plaque buildup inside blood vessels. Yet to substantially reduce the risk of cardiovascular disease, Bairey Merz pointed out, the AHA recommendation is to focus on a healthy diet. “The data are increasingly clear that you are what you eat,” she said.

Bairey Merz also cited a study by Northwestern and Cornell university researchers published in recent days that suggests higher                     consumption of unprocessed red meat, unprocessed and poultry – but not fish – is associated with a small increased risk of heart disease. And     she pointed out that coconut oil – which some people have championed as heart-healthy – actually has been shown to elevate blood                     cholesterol.

Chrisandra Shufelt, MD, MS, associate director of the Barbra Streisand Women’s Heart Center, cited studies in recent years that are revamping long-held understandings about the value of women taking aspirin daily to prevent heart attacks or strokes. Aspirin still is recommended for women who have suffered heart attacks or have heart disease. But the new research, Shufelt said, “has completely changed who we are recommending to take a baby aspirin for primary prevention” – meaning prevention among women who haven’t suffered heart attacks, or heart disease.

Shufelt said the three latest clinical trials found that, for many women in the low risk category, aspirin doesn’t prevent heart attacks. What’s more, in these studies aspirin increased the chance of major bleeding problems, especially among women. All told, the risks of bleeding outweigh any benefit for heart health in women at low risk or above the age of 70.

Margo B. Minissian, PhD, ACNP MSN, a faculty research scientist in the Barbra Streisand Women's Heart Center, reported on scientific progress toward a twice-a-year injectable known as an mRNA inhibitor that could potentially lower the risks posed by high cholesterol.

Although it would be used with statins, it could possibly reduce reliance on pills that need to be taken daily, particularly for people suffer side effects from medication. Other injectable treatments – called PCSK9 inhibitors -- have been approved and entered the market in recent years, but they require two injections a month.

“We’re really getting closer to this idea of vaccinating ourselves from dangerously high cholesterol levels,” Minissian said.

Florian Rader, MD, MSc, medical director of the Human Physiology Laboratory at the Smidt Heart Institute, reviewed hypertension guidelines that were made more stringent in 2017. As a result, 100 million Americans – up from 70 million previously – are considered to have hypertension. Rader recommended more aggressive measures, including dietary and lifestyle changes and greater use of medications, to lower hypertension risks.

He said the nation’s hypertension control rate of 39% -- the percentage of people whose hypertension is under control – is “very low” and needs to be improved.

Adrienne Youdim, MD, an associate clinical professor of medicine at Cedars-Sinai, reviewed intermittent fasting. That’s a catchall term including practices such as fasting every other day or restricting eating to only a six- or eight-hour window during the day and avoiding food the rest of the time.

Youdim said there is “intriguing” evidence that, as proponents maintain, such diets provide health benefits beyond weight loss. She also said the diets can be an effective short-term weight-loss tactic. But Youdim expressed skepticism that most Americans could maintain such a stringent routine over the long haul and recommended considering “more solid, realistic long-term” approaches.

“There are so many other ways to achieve heart health,” Youdim said. “Weight loss in any fashion is going to improve your cardiovascular health. So does exercise independent of weight loss, and so does adequate sleep, and so does meditation.”

Kimberly Gregory, MD, MPH, director of Maternal-Fetal Medicine and  vice chair of Women's Healthcare Quality and Performance Improvement in the Department of Obstetrics and Gynecology at Cedars-Sinai, has been awarded the Luella Klein Lifetime …
Read more

Cedars-Sinai physician-scientist Alexandra Dubinskaya, MD, presented a study reviewing the data on the use of vibrators to address a range of female pelvic health conditions today during the 117th Annual Scientific Meeting of the American Urological …
Read more