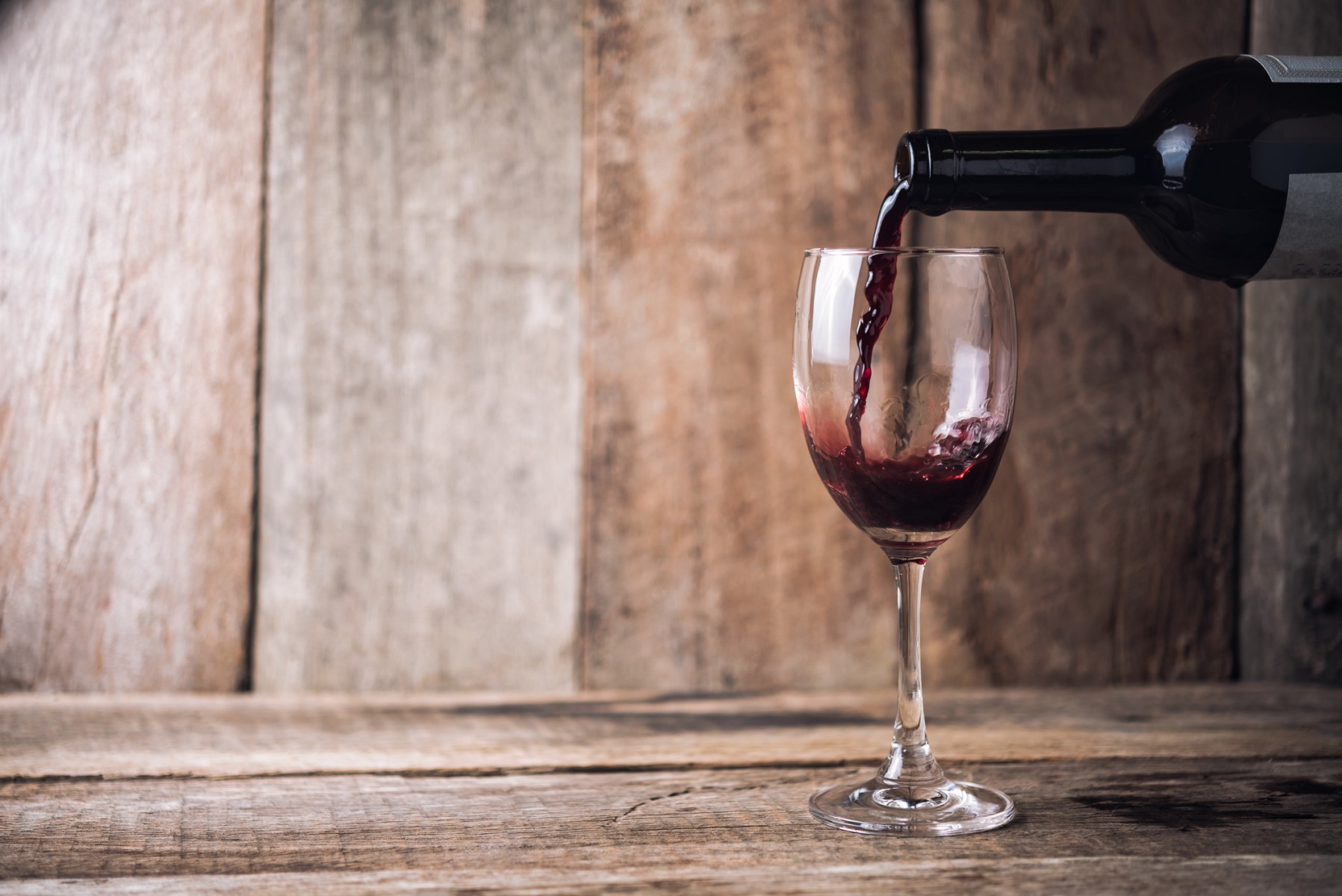 Drinking red wine in moderation may reduce one of the risk factors for breast cancer, a study shows. Photo by Getty.
pouring wine into glass on wood background

Los Angeles - Jan. 6, 2012 – Drinking red wine in moderation may reduce one of the risk factors for breast cancer, providing a natural weapon to combat a major cause of death among U.S. women, new research from Cedars-Sinai Medical Center shows.

The study, published online in the Journal of Women’s Health, challenges the widely-held belief that all types of alcohol consumption heighten the risk of developing breast cancer. Doctors long have determined that alcohol increases the body’s estrogen levels, fostering the growth of cancer cells.

But the Cedars-Sinai study found that chemicals in the skins and seeds of red grapes slightly lowered estrogen levels while elevating testosterone among premenopausal women who drank eight ounces of red wine nightly for about a month.

“If you were to have a glass of wine with dinner, you may want to consider a glass of red,” said Chrisandra Shufelt, MD, assistant director of the Women’s Heart Center at the Cedars-Sinai Heart Institute and one of the study’s co-authors.  “Switching may shift your risk.”

Shufelt noted that breast cancer is the leading type of women’s cancer in the U.S., accounting for more than 230,000 new cases last year, or 30 percent of all female cancer diagnoses. An estimated 39,000 women died from the disease in 2011, according to the American Cancer Society.

In the Cedars-Sinai study, 36 women were randomized to drink either Cabernet Sauvignon or Chardonnay daily for almost a month, then switched to the other type of wine. Blood was collected twice each month to measure hormone levels.

Investigators said the change in hormone patterns suggested that red wine may stem the growth of cancer cells, as has been shown in test tube studies.

Co-author Glenn D. Braunstein, MD, said the results do not mean that white wine increases the risk of breast cancer but that grapes used in those varieties may lack the same protective elements found in reds.

“There are chemicals in red grape skin and red grape seeds that are not found in white grapes that may decrease breast cancer risk,” said Braunstein, vice president for Clinical Innovation and the James R. Klinenberg, MD, Chair in Medicine.

The study will be published in the April print edition of the Journal of Women's Health, but Braunstein noted that large-scale studies still are needed to evaluate the safety and effectiveness of red wine to see if it specifically alters breast cancer risk.  He cautioned that recent epidemiological data indicated that even moderate amounts of alcohol intake may generally increase the risk of breast cancer in women. Until larger studies are done, he said, he would not recommend that a non-drinker begin to drink red wine.

The research team also included C. Noel Bairey Merz, MD, director of the Women’s Heart Center, director of the Preventive and Rehabilitative Cardiac Center and the Women’s Guild Chair in Women’s Health, as well as researchers from the University of Southern California Keck School of Medicine and Hartford Hospital in Connecticut.

Investigators at Cedars-Sinai have created a unique and detailed molecular profile of endometriosis to help improve therapeutic options for the millions of women suffering from the disease.The study is published today in the journal Nature …
Read More

Physicians across the nation are describing an increase in requests from women for permanent contraception. The anecdotal reports by clinicians come in the wake of the U.S. Supreme Court ruling that overturned Roe v. Wade, the constitutional right …
Read More

In a new study evaluating the Mediterranean diet and adverse pregnancy outcomes, investigators from the Smidt Heart Institute at Cedars-Sinai found that women who conceived while adhering to the anti-inflammatory diet had a significantly lower risk …
Read More