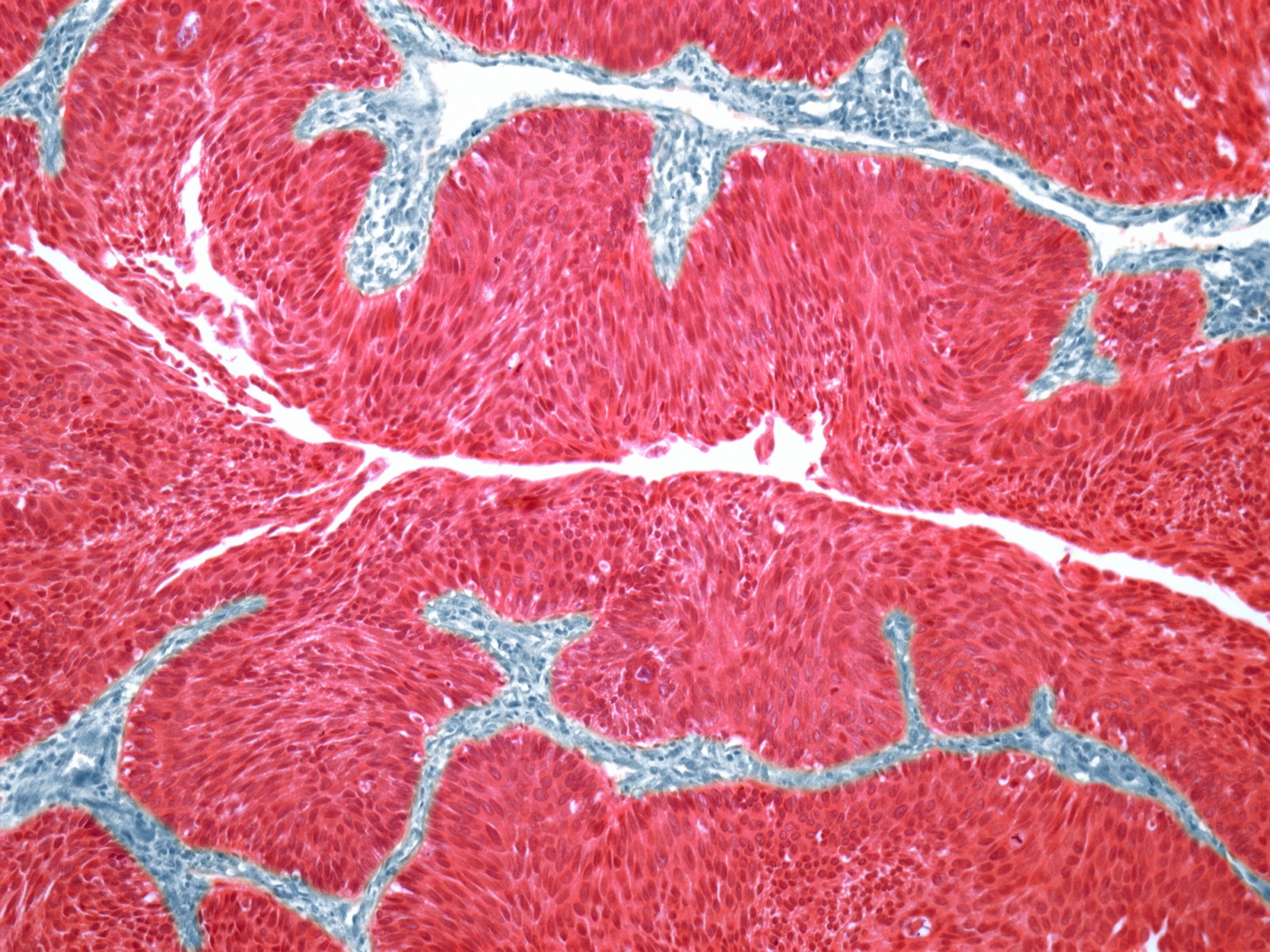 Bladder cancer, shown here, is more common and deadly in males. Cedars-Sinai investigators observed that biology of sex, not just behavior, is an important factor in cancer development. Photo by Getty Images.

These findings, published in Science Immunology, could represent a significant step toward unraveling why disparities in cancer incidence, prognosis and treatment response exist between males and females. Males are more likely than females to develop most types of cancer. This is most evidently displayed in bladder cancer rates; studies show males are three to five times more likely than females to develop it.

“Historically, it was thought males may have higher cancer rates because they are more likely to engage in behaviors that predispose them to cancer, such as smoking,” said Xue Li, PhD, a senior and corresponding author of the study and research scientist at Cedars-Sinai. “We observed that biology of sex, not just behavior, is an important factor in cancer development.”

Androgens, sex hormones produced in higher amounts in males, promote the development of the reproductive system. Li and a team of investigators discovered that androgens interfere with the adaptive immune system, which comprises cells that remember how to respond to pathogens with which the body has previously come into contact. Androgens seem to block the activity of tumor-killing cells called CD8+ T cells, the investigators report.

Li and colleagues studied a mouse bladder cancer model in which more aggressive tumors arise in male mice, mimicking the incidence observed in humans. With this model, they experimented with removing various immune cells in mice of both sexes. When they removed CD8+ T cells, the male and female differences in cancer severity disappeared. This suggested that the way androgens interact with CD8+ T cells contributes to the sex differences in bladder cancer. Furthermore, the team found tumors grew more aggressively in mice with higher levels of androgens.

The most surprising finding, however, was observed when the team performed genetic sequencing of CD8+ T cells from the tumors, Li said. The CD8+ T cells in males showed more signs of exhaustion and dysfunction due to androgen activity. Androgen deprivation therapy, a common clinical treatment for prostate cancer, was effective in reducing bladder tumor size in male mice and improved the efficacy of immunotherapy.

The findings may explain in part why male and female patients respond differently to a type of cancer therapy called an immunotherapy, which helps the body’s CD8+ T cells attack cancer cells.

“T cells are like soldiers commissioned to kill tumor cells. However, they can become exhausted, so immunotherapy is used to rejuvenate them,” Li said. “Unfortunately, many cancer patients do not respond to immunotherapy. These findings suggest male patients may benefit more from immunotherapy when combined with androgen deprivation therapy.”

Li and colleagues plan to continue studying how and when androgen-inhibiting therapy may aid bladder cancer treatment. Similar to other cancers like breast cancer and prostate cancer that are affected by sex hormones, hormone therapy for bladder cancer may work best when given early in the course of the disease.