Just a decade ago, patients with severe aortic stenosis—a narrowing of the heart’s main valve—were left with two options: undergo high-risk open-heart surgery or do nothing to treat their life-threatening condition.

But then, in 2011, a new, minimally invasive treatment option was approved by the Food and Drug Administration (FDA) after years of rigorous clinical trials. Instead of getting a new heart valve via open-heart surgery, some patients could opt to have the new valve implanted during a catheter-based procedure called transcatheter aortic valve replacement, or TAVR.

The technology not only saved lives but jump-started a minimally invasive cardiac intervention revolution that has touched nearly every aspect of heart healthcare.

“The early days of using TAVR were very exciting, and at the same time, slightly nerve-wracking because the technology was first-generation and the patients were much older and sicker,” said interventional cardiologist Raj Makkar, MD, Cedars-Sinai’s vice president of Cardiovascular Innovation and Intervention and the Stephen R. Corday, MD, Chair in Interventional Cardiology. “We learned quickly, however, that even in the sickest of patients, we could perform TAVR safely.”

With TAVR, a valve passes through a flexible tube which is threaded through the femoral artery that starts in the groin area and leads to the heart. When the catheter reaches the heart, a balloon expands to press the valve into place.

Generally, patients who undergo minimally invasive, catheter-based heart procedures face shorter hospital stays and fewer complications, and they are often back to their regular activities within days rather than the longer recovery periods associated with cardiac surgery. 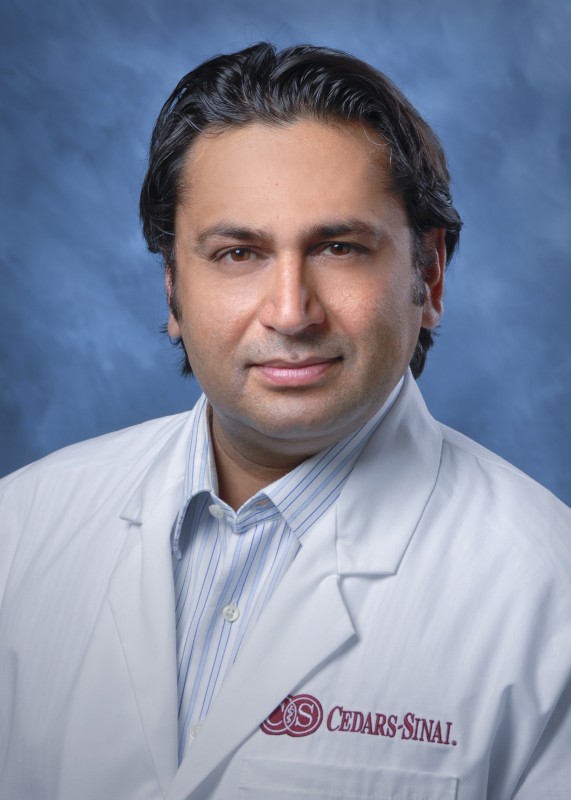 Thanks to this technology, now a decade later, patients with almost any heart ailment have minimally invasive treatment options to choose from.

The Early Days of the Revolution

Ten years ago, Cedars-Sinai offered minimally invasive valve replacement in patients who were so sick that they were not candidates for open-heart surgery. Today, because of large-scale, high-quality research studies conducted at Cedars-Sinai and other academic medical centers, TAVR is an option even for patients who could be surgical candidates.

“TAVR has been a transformational technology, both as a tool, but also in the ways it has reshaped and redesigned how heart teams care for patients,” said Makkar, a widely respected pioneer in catheter-based heart interventions. “Thanks to this technology, now a decade later, patients with almost any heart ailment have minimally invasive treatment options to choose from.”

In fact, shortly after TAVR was approved, similar methods were employed to repair—not replace—patients’ leaky mitral valves by passing a clip through the catheter to join the valve’s leaflets, or flaps, back together.

The interventional cardiology team at Cedars-Sinai has performed more transcatheter aortic valve replacements and mitral valve repairs than any other U.S. center, with outcomes that place Cedars-Sinai among the top-performing programs nationally. Cedars-Sinai cardiac interventionalists also have played a leading role in developing minimally invasive, catheter-based procedures for all four heart valves and are currently making exciting advances in the treatment of mitral and tricuspid valve disease with transcatheter valve replacement.

However, patients who must undergo heart surgery at the Smidt Heart Institute—rather than a heart procedure—also benefit from minimally invasive options that result in smaller incisions and shorter recovery times.

This is especially true for patients with mitral valve regurgitation, one of the most common forms of heart valve disease, in which the mitral valve becomes leaky and blood flows the wrong way in the heart.

Joanna Chikwe, MD, chair of the Department of Cardiac Surgery and a world leader in minimally invasive 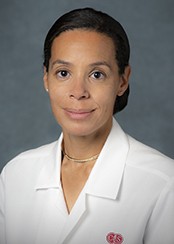 “If robotic surgery makes sense for a patient, it can be a nearly pain-free way of restoring normal life expectancy,” said Chikwe, the Irina and George Schaeffer Distinguished Chair in Cardiac Surgery and a professor of Cardiac Surgery. “Robotic surgery allows us to repair a leaky mitral valve through a small incision—no bigger than a driver’s license—between the ribs. Most patients are home within three to four days.”

“Upward of 95% of mitral valve surgeries we perform are done robotically,” said Chikwe. “And the complication rate for the procedure at Cedars-Sinai is less than 0.5%.”

“Witnessing these state-of-the-art procedures was like watching the field of U.S. lung transplantation move forward 15 years, in just minutes,” said Chikwe, who also oversees lung transplant surgery. “We have one of the most experienced transplant teams in the world and it’s remarkable to watch how they change patient lives each and every day.”

The benefits of minimally invasive techniques extend to the smallest of patients, including babies born with heart malformations. 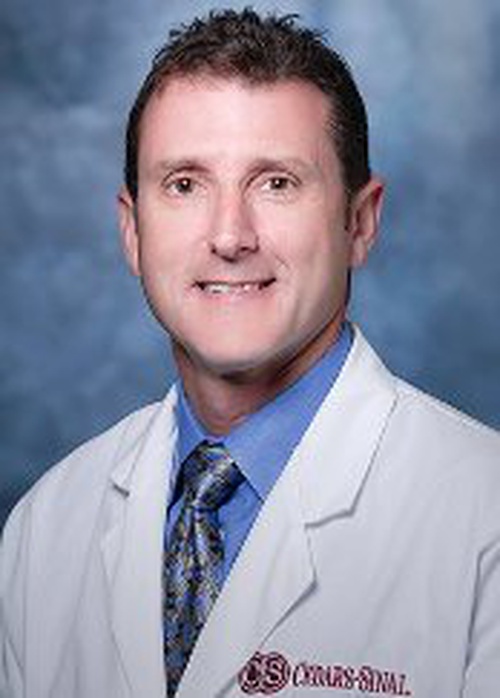 recently served as the principal investigator for a clinical trial for a new device that expands minimally invasive therapy options for many patients born with heart valve malformations. Such patients, who are often delicate premature babies, would otherwise have needed major surgery and prolonged hospital stays.

“The approval of this novel device for congenital heart disease patients expands the population we can treat from about 15 percent to roughly 90 percent of patients,” said Zahn, also a professor of Pediatrics. “In addition to this remarkable expansion, the procedure is met with minimal complications, limited side effects and quick recovery times.”

And Makkar predicts that there are more minimally invasive innovations in store.

“We are still in the midst of a transcatheter heart valve revolution,” said Makkar. “There’s a lot of new promise for patients with all forms of cardiac conditions on the horizon.”