Genetic Score Detects Those at Risk for Sudden Cardiac Death 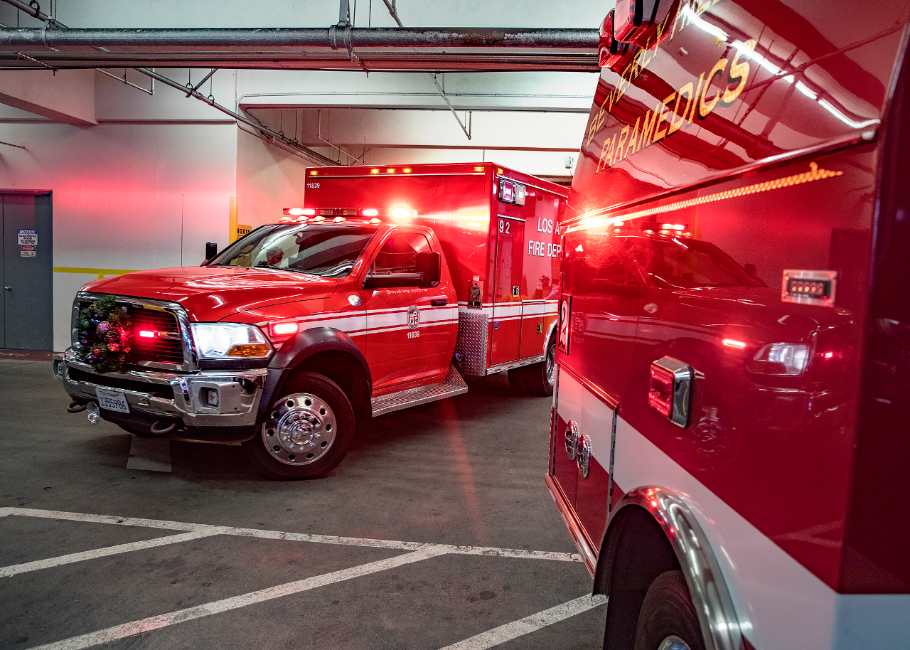 A new Cedars-Sinai study is the first study proven to be effective at identifying coronary artery disease patients at highest risk for sudden cardiac death. Photo by Cedars-Sinai. 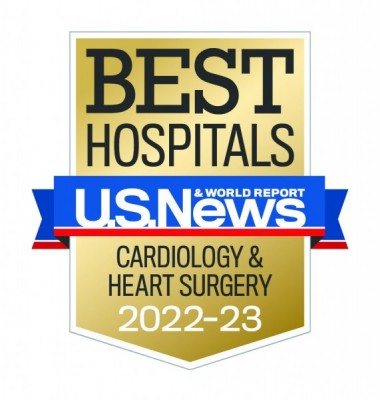 cardiac death—an electrical malfunction in the heart that causes it to stop beating.

The study, published today in the Journal of the American College of Cardiology, shows that patients with coronary artery disease without severely impaired heart function had the highest polygenic risk score, translating to a 77% increased risk for sudden cardiac death. 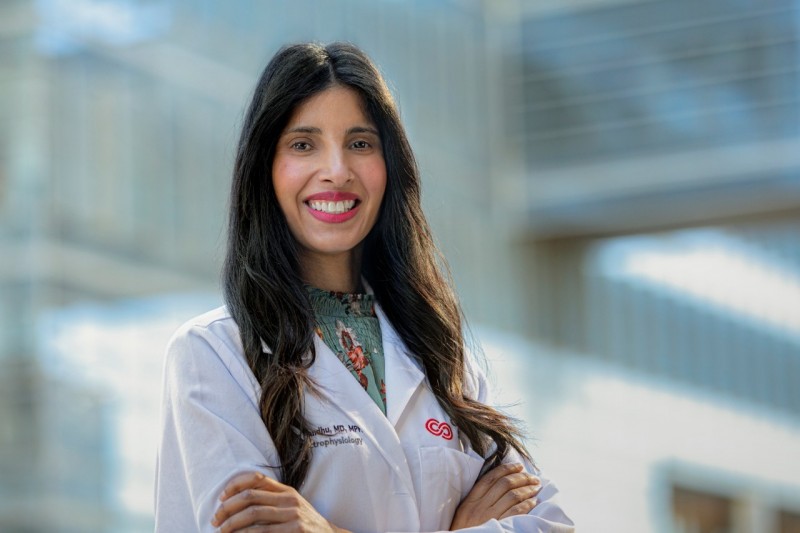 “In order to better predict and prevent sudden cardiac death, we must first understand the genetic connection between it and coronary artery disease,” said Roopinder Sandhu, MD, MPH,  associate professor of Cardiology, and first author of the study. “We found incorporating information from this genetic risk score improved our ability to predict sudden death beyond the contributions of other known risk markers. Most exciting, the genetics were able to identify patients where sudden death was more likely to limit their life expectancy.”

Unlike heart attacks (myocardial infarctions), which are typically caused by clogged coronary arteries reducing blood flow to the heart muscle, sudden cardiac death most often results from the sudden onset of erratic electrical activity that impairs the pumping function of the heart. Patients may have little or no warning, and the disorder usually causes death within minutes if no resuscitation is performed.

Sudden cardiac death—also called sudden cardiac arrest—accounts for approximately 300,000 deaths each year in the U.S. and is a leading international health problem, responsible for 15% to 20% of all deaths. Coronary artery disease is the most common underlying reason for sudden cardiac death. Sandhu says in the future, this work may help better identify patients who would benefit most from lifesaving therapies like a defibrillator.

At present, most sudden cardiac deaths—70%—occur in patients who do not meet current guidelines for prevention with defibrillator therapy. Thus, contemporary practice not only neglects most individuals who develop sudden cardiac death but also involves electrophysiologists placing defibrillators in patients with advanced heart disease who are often unlikely to benefit due to limited life expectancy.

The JACC  study is based on data from the National Institutes of Health-sponsored PRE-DETERMINE observational study, which has aimed to more accurately identify people at risk for sudden cardiac death among the larger pool of coronary artery disease patients who do not have advanced heart disease.

Christine Albert, MD, MPH, chair of the Department of Cardiology in the Smidt Heart Institute and senior author, said, “This study indicates there is opportunity to identify patients at highest risk for sudden cardiac death, and then offering meaningful, preventative treatment solutions like a defibrillator. Based on our pivotal research, we now have the foundation to achieve this.”

Read more from the Cedars-Sinai Blog: Women's Hearts at Risk

Vascular and Cardiac Surgeons at Cedars-Sinai Urge Everyone to Learn the Telltale Signs, Risks and Urgency of an Aortic Dissection

Vascular and cardiac surgeons in the Smidt Heart Institute at Cedars-Sinai know all too well the danger that looms when a patient experiences a tear in their heart’s main artery, called an aortic dissection. The condition, however, is often mistaken …
Read more

Genetic Score Detects Those at Risk for Sudden Cardiac Death