From Eagle Scout to Operating Room and Back Again 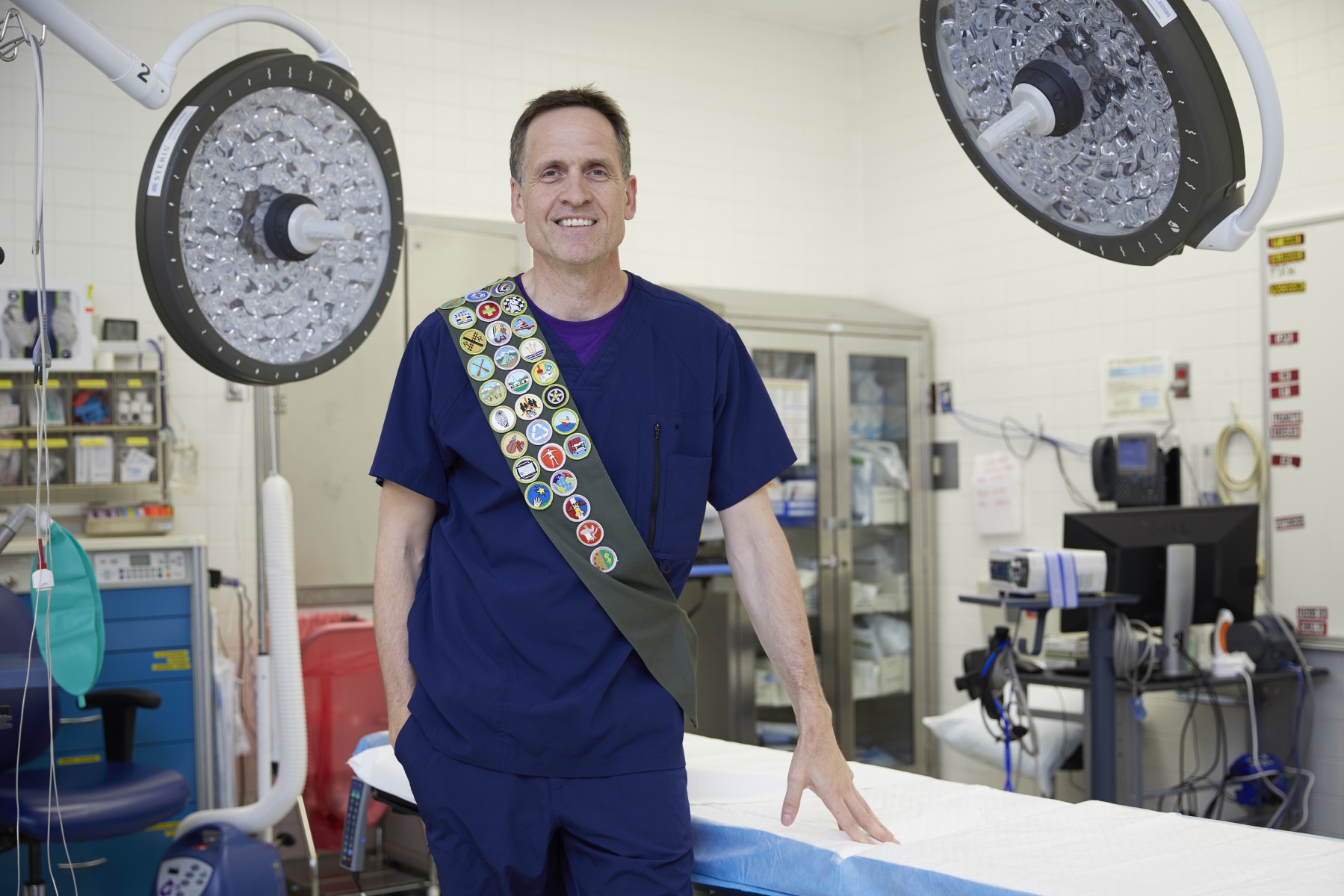 Whether it’s starting a six-hour liver transplant surgery at 1 a.m. or helping a friend of a friend get a sick child the medical help she needs, it’s standard operating procedure for Nicholas N. Nissen, MD, to go above and beyond the call of duty.

He learned it in the Boy Scouts decades before he came to Cedars-Sinai, where he serves as surgical director of Liver Transplantation and Director of Hepatobiliary and Pancreatic Surgery.

“It doesn’t surprise me when I hear of Dr. Nissen going out of his way to help others,” said Matthew Thornton, CEO of Scouts USA, formerly called Boy Scouts of America, who has known Nissen and his family for years. “He’s somebody you can always count on to make the world a little bit better.”

That’s why Nissen is being honored Thursday at a dinner at Skirball Cultural Center, hosted by the Western Los Angeles County Council of Scouts USA. Along with Mark Carlson, chief medical officer of Abbott Laboratories, Nissen will receive one of the highest honors bestowed by Scouts USA: The rank of Distinguished Eagle Scout.

Of the 3 million Eagle Scouts in the U.S., fewer than 3,000 have received the Distinguished Eagle Scout medal. Past recipients include former President Gerald Ford, filmmaker Steven Spielberg, Harvard University President Larry Backow and astronaut Neil Armstrong. To be eligible, an awardee must have earned his Eagle Scout rank at least 25 years earlier and made significant contributions to his community or industry.

“They couldn’t have made a better choice,” said Andrew Klein, MD, MBA, director of Cedars-Sinai’s Comprehensive Transplant Center. “He makes a difference in peoples’ lives every day, but he doesn’t stick around for the compliments because he’s off to operate on the next patient, fix the next problem.”

Even earning his Eagle Scout badge was a hurdle for Nissen to overcome. His local troop in his native northern Minnesota folded just a few months before Nissen was to achieve the top rank, so in order to finish his requirements he found a troop near Minneapolis.

“He had to find a scout troop 150 miles away so he could finish,” Thornton said. “He had to figure out everything from how to finish merit badges to how to do his Eagle Project all on his own.”

For his required Eagle Service project, Nissen, who was 17-years old at the time, built a barbecue and picnic area at the local park in his hometown of Askov, Minnesota.

Joining Nissen at the dinner will be his wife, cardiothoracic surgeon Kathy Magliato, and their sons. Nicholas, 15, and Gabriel, 13, are well on their way to earning their own Eagle Scout designation, said Nissen, who continues to volunteer for his sons’ troop.

“I am so humbled and honored by this,” Nissen said. “It’s supposed to be a night about who you are and what you have done since your scouting days. But in many ways, scouting gave me my start. I wouldn’t be who I am or have done what I have done without the Boy Scouts.”

Read more on the Cedars-Sinai Blog: The Liver Disease You've Never Heard Of

From Eagle Scout to Operating Room and Back Again