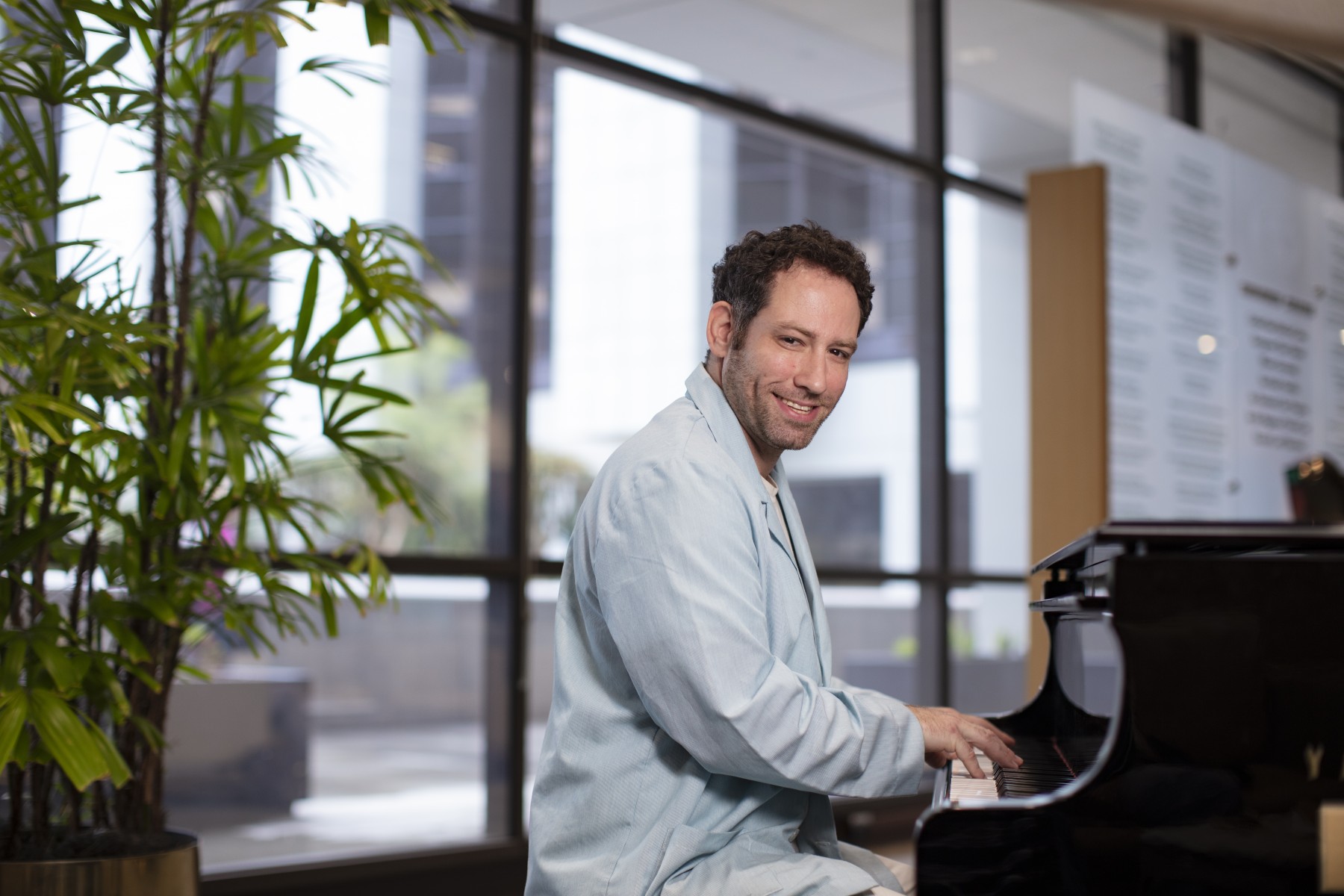 Daniel Oberman warms up on the piano at the start of his shift for the Music for Healing program. Photo by Cedars-Sinai.

On the worst day of her life, Rebecca Woolf found comfort in the most unexpected way. As her husband lay dying in his hospital bed, the sound of a harp wafted in.

Intrigued, Woolf went into the hallway to chat briefly with the harpist, Una O'Donovan. “I told her that her being there felt like a gift,” Woolf said, explaining that she believed her husband was somehow saying goodbye through the music.

Then, as Woolf wrote in a post she put on Instagram, O’Donovan hugged her, cried with her and "took my hand." Then, O'Donovan "played us two songs in his room. They were the most beautiful songs I had ever heard."

That experience last October is a touching example of work by volunteers with Cedars-Sinai’s Music for Healing program. The long-running program -- which currently is looking for new volunteer performers from the community -- dispatches musicians and singers to perform for patients and their loved ones. Most perform in patients’ rooms, but others play the piano in the Plaza Level Lobby.

What’s more, for patients, "even if your family is around, there's still a sense of isolation and loneliness, and music taps into a lot of our positive memories throughout our lives," Hedrick said. "It can evoke positive memories that can make the stressful stay of a hospital much more manageable.”

Hospital staffers, who sometimes congregate by patient rooms when volunteers perform, seem to benefit, too. Hedrick said when she hears a volunteer playing the piano in the Plaza Level Lobby, "I will always stay there a few minutes longer."

"It helps me to slow down, to regroup and to become more centered and grounded, which helps me to be more present for my patients," she said. 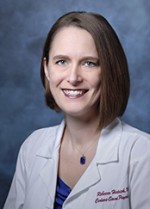 The performers also find the experience rewarding. Take, for example, Gregory Eichelzer, RN, MSN, who sang professionally before going into nursing. His credits include performing in the musical Evita with a company that toured Europe.

These days Eichelzer, a nursing educator in the Ruth and Harry Roman Emergency Department, makes his musical appearances at patients’ bedsides. He finds it gratifying to give patients "something that really brings them joy, and to see them just relax and have a sense of spiritual healing and psychological healing."

O’Donovan, the harpist who provided support to Woolf, started volunteering in 2003. She is an accomplished musician who played with major symphony orchestras in London. Yet she emphasized that, to volunteer, "you don’t have to be a professional [musician] and you don’t have to have a big repertoire."

She said the intention of each performer is key. Patients "sense immediately that you have ahavah," O’Donovan said, defining the Hebrew word as "the love of your fellow man."

Daniel Oberman, who plays piano in the Plaza Level Lobby, said he didn’t realize how profoundly he would be affected when he started volunteering about six months ago.

Oberman described a recent instance when an elderly, ailing man came to the lobby and sat right by him while he was playing. "He closed his eyes and he sat there for about 10 minutes and he just sort of got swept away with it. It made me feel really good that I was able to give him some peace."

Read more on the Cedars-Sinai Blog: The Music of Medicine: Physician Playlists

WEHOville.com recently wrote about Cedars-Sinai being ranked in the top 50 U.S. hospitals for quality of care, putting the medical center among the top 1% in the nation providing a high quality of clinical care. The ranking was announced by …
Read more from this release

Around Cedars-Sinai, Susan Nicholson is known simply as "the heart lady." That's because since 2013 Nicholson has been making and delivering roughly 50 crocheted hearts each week to patients, visitors and employees—anyone who looks …
Read more from this release

How can we best honor the legacy of the civil rights icon Dr. Martin Luther King Jr.? “By making sure you hope against all hope. By exhausting the gifts that God has given each and every one of us, so that you die empty. And above all else, by …
Read more from this release