After Local Physicians Dismissed Her as a 'Fat Woman Who Needs to Lose Weight,' Antelope Valley Patient Traveled to Cedars-Sinai and Finally Received Proper Cancer Diagnosis and Treatment 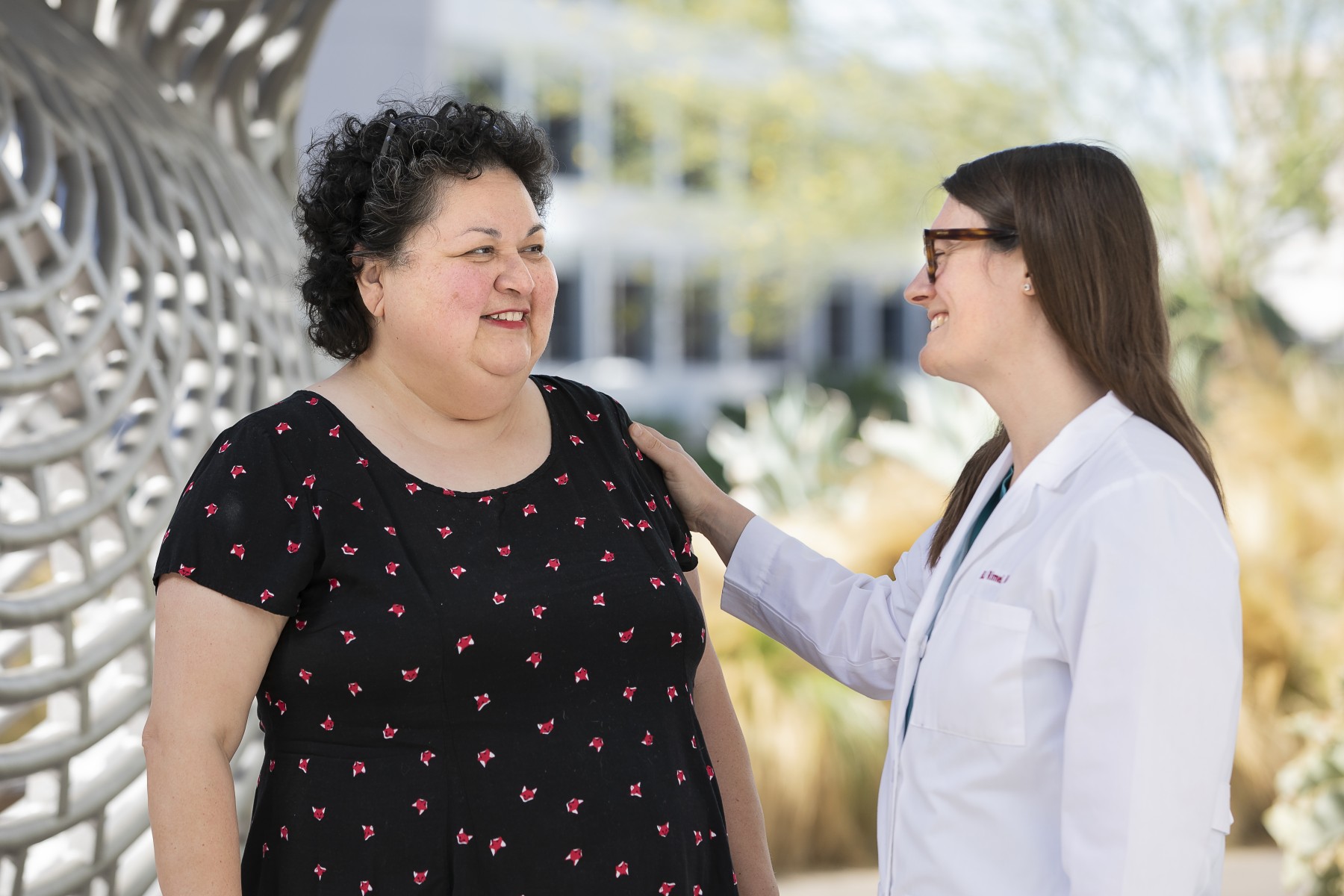 LOS ANGELES (Nov. 12, 2019) – Maria Robles Garcia was sure her uncomfortable abdominal symptoms weren't caused by irritable bowel syndrome or from being overweight, no matter that her local doctors repeatedly told her that was the case. Eight months of escalating abdominal and back pain, bloating, vomiting, hair loss and fatigue added up to something worse—of that she was certain.

“My doctor told me I was getting fatter, and that was the problem, even though I could feel something hard in my belly,” Garcia, 53, recalled of the months of frustrating physician visits at which she believed her symptoms were dismissed because she’s overweight and a woman. “I've been overweight for a long time. That was not the problem. I was actually losing weight because I was so sick.”

Garcia credits her Cedars-Sinai Emergency Department physicians and surgeon with saving her life, after they detected and removed a 25-pound, cancerous ovarian tumor.

“They listened to me,” Garcia said. “If not, I could have died.”

Physician dismissals of women's physical symptoms as “all in your head” or “irritable bowel syndrome” are nothing new to Bobbie J. Rimel, MD, assistant professor of Obstetrics and Gynecology at Cedars-Sinai and Garcia’s gynecologic oncologist.

“I have treated many patients who were told they felt ill because they're fat or have gluten intolerance when, in fact, they had cancer,” Rimel said.

Lack of financial resources and access to proper health screenings, plus physician bias based on physical appearance, ethnicity and gender are among the health inequities that often delay cancer diagnoses and treatment, Rimel said. “These disparities in healthcare break my heart.”

In the case of ovarian cancer, women face the additional burden of vague and mild-sounding symptoms that often fail to prompt a pelvic exam, delaying diagnosis.

“Indigestion, fatigue and changes in bowel movements don’t usually prompt doctors to palpate women's abdomens,” Rimel said. “Nor do they do so when women complain of constipation. If Maria’s doctors had, they would have felt the large tumor.” 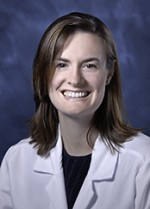 “Women need to know that it's not normal to suffer. Do not delay a doctor visit. If you are in pain, don't give up until you feel better."

Garcia's torturous road to a life-saving diagnosis began two years ago with multiple visits to an Antelope Valley primary care physician and a gastroenterologist. She repeatedly complained of vomiting and frequent diarrhea and she felt a hard mass in her abdomen.

Garcia said she “begged” her gastroenterologist for a CT scan to get an accurate look inside her abdomen and pelvis, but he rejected her request. She did undergo an ultrasound, but the ovarian tumor apparently was not identified, Rimel said. The physician told Garcia she was fat and had a liver condition, the cure for which, he said, was weight loss.

As the Lancaster resident’s condition worsened, she sought help again from her primary care physician, who told her to go immediately to the Cedars-Sinai Emergency Department. Once there, abdominal and pelvic imaging quickly confirmed the huge mass in her ovary. About 48 hours later, Garcia was in surgery, where Rimel removed the 18-inch, 25-pound tumor.

“She was incredibly lucky that the cancer had not spread,” Rimel said. Unlike most cancerous tumors, which grow on the surface of the ovary and then spread into the abdomen, Garcia’s cancer apparently lived inside her ovary and grew there.

“Women need to know that it's not normal to suffer,” Rimel said. “Do not delay a doctor visit. If you are in pain, don’t give up until you feel better.” She encourages women with ongoing abdominal pain to see a gynecologist who, she said, “is more in tune with the cancer risks women face. They are more likely to pursue diagnostic tests.”

Garcia underwent chemotherapy for six months following surgery because tests revealed some cancer cells in her abdominal fluid. Genetic testing also revealed that Garcia has one of the BRCA gene mutations, which increases her risk for breast and other cancers. Follow-up CT imaging and regular blood tests that monitor the presence of cancer during and after treatment have revealed no cancer recurrence, Rimel said.

To maintain her physical and emotional well-being, Garcia participates in the Cedars-Sinai Wellness, Resilience and Survivorship Programs. She’s completed the six-week “Emerging from the Haze” program, which helps cancer survivors deal with cognitive concerns, strong emotions or other quality of life issues following cancer treatments. She also has partaken of the “Nutrition in the Kitchen” program and art therapy classes. She currently is enrolled in the “Community for Resilience with Exercise” program.

Garcia says she is on a mission to help other women who need guidance as they deal with the effects of a cancer diagnosis and treatment. She says the hard work is worth it.

“I’m the luckiest woman out there,” Garcia said. “I want other women to listen to their bodies and not doubt what they’re hearing. There is beauty in this world, and I want them to be around to enjoy it.”